Detection of evidence of a big, underlying intrusive mineral system may have drawn BHP into the neighbourhood at Riqueza in central Peru. But it’s been Inca Minerals’ rapid escalation of the high-grade zinc, silver, lead and copper potential in and around old manto, breccia and vein-tapped workings that has kept small investors enthralled over the past year or so. Drilling now in progress could take that fervour to another level in the months ahead as results start to flow into the public arena. 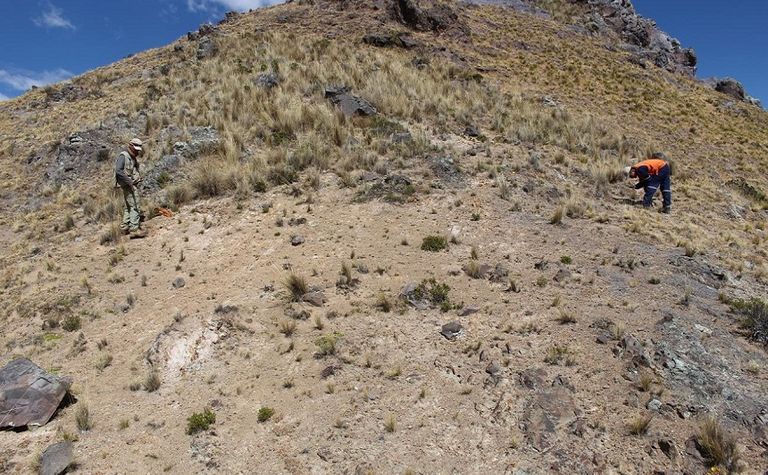 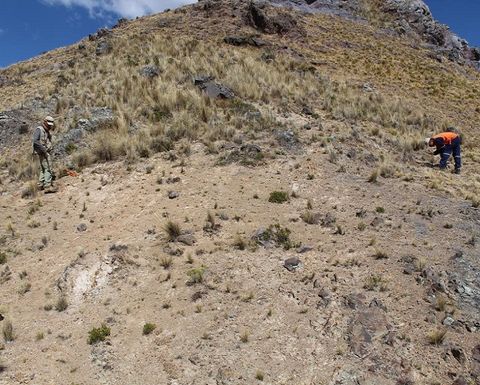 Inca managing director Ross Brown, a veteran geologist who has been on the ground in Peru for the past seven years, says the company’s maiden drilling at Riqueza could extend to 16,800m under the granted drill permit received earlier this year. Phase one drilling in “near optimal” conditions has been focused at Humaspunco but wider reconnaissance mapping and sampling continues to generate quality targets for follow-up, including drilling.

Brown, just returned to Inca’s Perth home base after an extended period in the field at Riqueza, says the mapping and sampling has been extended into one of the larger underground mine workings at Humaspunco which only recently became accessible, and also the key Colina Roja and Alteration Ridge prospects at Palcacandha.

While the speed of drilling so far has been good, assays are now eagerly awaited. Brown says it’s vital to maintain the highest possible level of core sample integrity.

“Logging core containing many different forms of mineralisation cannot be rushed,” he says.

“It is essential to accurately discern between the various styles of mineralisation, for example, manto or north-south or east-west vein mineralisation. On so many levels this is important, in creating reliable samples, in calculating true thicknesses and in planning follow-up drilling."

The drilling permit and extension of Inca’s zinc-focused exploration footprint via the recent acquisition of Palcacandha, have been among the highlights of an exceptionally busy first year on the ground in a district known for its mature mines and now the arrival of the likes of BHP to look for skarn copper.

The mining giant and several of its peer group have been active in Peru for some years, but have upped stakes in recent times as exploration levels continue to build in one of the world’s major copper, silver, zinc and gold producing countries. Peru is the world’s second largest producer of zinc, copper and silver, and sixth largest gold producer. 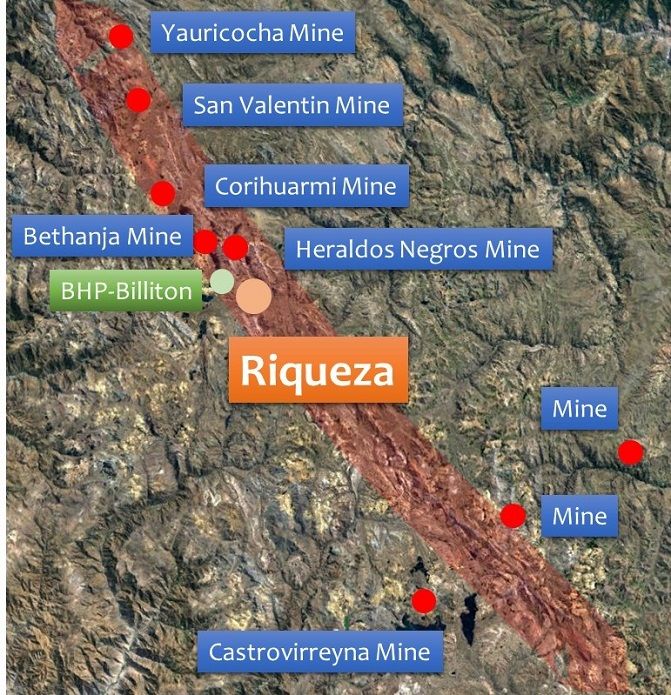 Brown says Peru is unquestionably a premiere destination for zinc exploration and Inca is looking for the right commodity – with zinc prices at 10-year highs – in the right place, at the right time.

“We are at the start of an up-tick in the exploration cycle … in a mineral belt that hosts 10 mines less than 50km away,” he says.

“The mines are all hosted in forms of mineralisation – replacement veins, mantos, breccias, epithermal vein and intrusive-hosted, skarn – that occur within the greater Riqueza project area.

“We’re excited by the drilling that’s in progress, and have more results coming shortly. But we’ve also been incredibly successful with relatively inexpensive reconnaissance work that has materially increased the drill-worthy targets at Riqueza from circa half-a-dozen to more one hundred. That work has also discovered intrusive stocks – previously unknown at Riqueza – including skarn copper mineralisation and epithermal gold, silver and copper mineralisation, which could be vital parts of a large mineralised intrusive-related system.

“Inca’s zinc-push in Peru has morphed into a double-play,” he says, “The greater Riqueza regional project and the Cerro Rayas project. It’s well within our capacity to have both these projects generating discovery news and drilling news simultaneously. I have no doubt both projects have that potential.”

Inca is finalising plans to expand drilling at Riqueza to cover “a heightened number and variety of quality targets”.

“Surface discovery and pre-drill-targeting throughout the greater Riqueza project area is going to continue to add value,” Brown says. “And that also extends to the new Cerro Rayas project.”

The current drilling is aimed at extending understanding of the mineralisation being detected on the surface, at depth, and generating a JORC-compliant Exploration Target. Results over the next 6-12 months could also see Inca produce a maiden JORC-compliant resource and give one of the major mining houses that have already shown interest in the company’s projects reason to take things further.

Of course, new discoveries would seem to be a very real possibility. 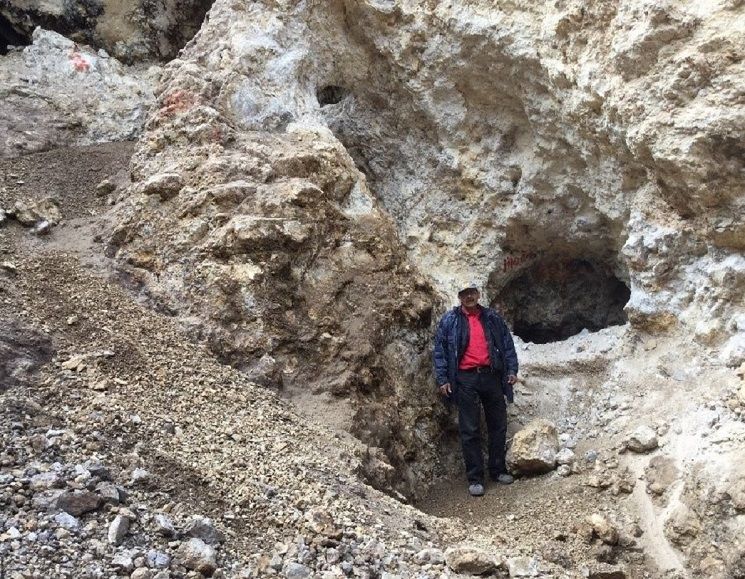 “Exploration funding will be prioritised and directed to surface discovery and drill target generation,” Brown says when asked about the company’s grading of the many targets being generated.

“Surface mapping and sampling are inexpensive but very effective forms of exploration.”

About half of all the surface samples collected so far at Riqueza have returned average grades of 13% zinc, 311g/t silver, and 16% lead. While grab samples may introduce a sampling bias, channel sampling, also completed by Inca, which is more representative, has consistently produced +10% zinc and lead, not to mention typically +ounce grade silver.

“Exploration will also be prioritised and directed to careful follow-up drilling, and we will look to add to and/or adjust drill permits to optimise drill coverage as mineralisation is better known.”

Brown and Inca’s small board (unchanged since 2012) and Peru-based exploration team have a track record of spending equity monies raised on the ground (typically applying funds to exploration and admin at a 4:1 ratio) and have also generated sharp share-price gains on the back of earlier Peru exploration success. In 2013 Inca found a large porphyry system at Chanape, commencing with surface mapping and sampling at surface before drilling targets below. It was ultimately determined that the copper found in the porphyry was too deep for economic exploitation. 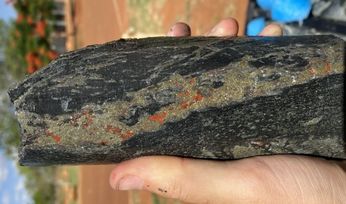 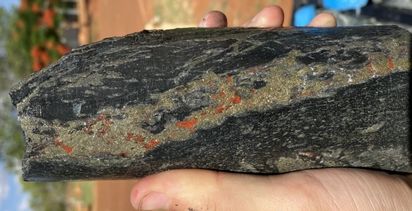