ALL the signs are pointing to a promising future for this cashed-up gold explorer as it moves towards its aim of near-term development. By Ngaire McDiarmid – RESOURCESTOCKS* 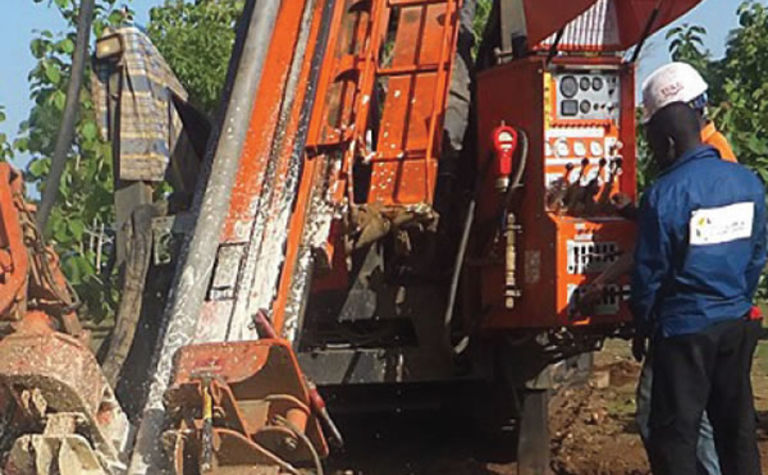 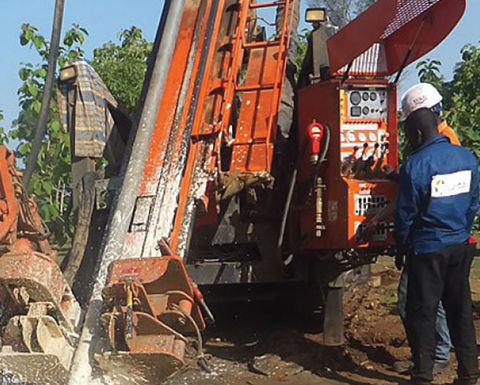 Unlike other emerging gold explorers, Cardinal Resources managing director Archie Koimtsidis is based in Ghana, west African. This proximity to the action gives the company the immediate benefit of his mining and management experience to guide exploration and development on a day-to-day basis.

The jewel in Cardinal’s crown is the Namdini project in the country’s north, where the company intends to build on high-grade drilling results. Recent intercepts include 51m at 3.58gpt gold from 85m, 11m at 3.7gpt from 10m and 41m at 2.7gpt from 98m.

Directors and investors have in unison demonstrated their faith in the Namdini project, with a recent share placement effortlessly raising more than $A1.1 million to fund the current drilling campaign. The directors’ sizeable portion of the share placement was more than 10% of the total.

Cardinal has entered an exciting period to validate an extension of likely gold mineralisation, with the potential to yield high recovery rates in additional to low-cost open pit mining in Ghana.

The board’s faith in the project is strengthened by not only this high-grade gold mineralisation discovered so far but also the extremely high recovery rates from initial metallurgical testing, announced in May.

The cyanide leach testwork recovered an astonishing 99% gold from oxide samples, 95% gold from transition samples and 84% gold from fresh samples.

Koimtsidis said the positive results strongly encouraged the company to continue to develop the Namdini orebody.

“The results provide us with the confidence that the mineralisation at Namdini should be relatively simple to process and produce high gold recoveries,” he explains in a video on the company website.

“The mineralisation is shallow which is amenable to open pit mining methods and has a very low strip ratio.

“We are very excited about the future of the Namdini project.”

He told RESOURCESTOCKS from Ghana that the current well-funded drilling program began in early June.

The drilling is designed to test Namdini’s mineralisation along strike, which remains open to the north and south.

Koimtsidis said the mineralised zone at Namdini had only been defined so far to a width of about 250m across a strike length of only 150m.

“There is significant potential to add a considerable amount of mineralisation to the project, I believe we have only scratched the tip of the iceberg,” he said.

The program of RC and diamond drilling is being conducted in two phases, covering at least three times more strike length than previously drilled.

Phase 1 will determine extensions to the current mineralisation and phase 2 will evaluate the monzonite granitoid quartz stockworks where there are active shallow artisanal workings.

There are 32 RC drill holes planned with up to 6000m of drilling and a diamond drilling core program up to 2000m to verify the RC results.

“Subject to the information received during the drilling program, we have the flexibility to reposition the drill between phase 1 and phase 2,” Koimtsidis said.

“We are optimistic that these new drill programs will intersect more gold mineralisation north along strike from Namdini which will increase the gold potential of the enlarged Namdini area along the mineralised trend.” The company has the capacity to be nimble to respond to what might come out of the forthcoming drilling results.

It owns the drill rig and has established an express assaying service, which enables the company to continuously improve its drill plan strategy as new information comes to hand.

The company’s technical and management team evaluates all of the available data on an hourly basis, with the main focus being the expansion of the gold potential for the expanded licence areas.

Cardinal is a company that does not sit around waiting for great things to happen. In April 2015 it acquired access to almost 2km in additional strike length at Namdini through a heads of agreement between its wholly owned subsidiary Cardinal Mining Services and private Ghanaian mining company Savannah Mining Ghana Ltd.

Koimtsidis said the agreement with Savannah gave Cardinal a strategic opportunity to expand the promising project.

“This provides Cardinal with about an additional 1900m of strike,” he said. “We are all very pleased to now have over 10 times more strike length to drill.”

In addition to the encouraging Namdini project, Cardinal holds plenty of further potential in Ghana.

Namdini is just one licence of four within Cardinal’s Bolgatanga project, which is located in a mineral-rich area and in proximity to producing gold mines, including the producing Shaanxi gold mine 6km away and the Youga gold mine 60km away.

Previous exploration has identified a strike length of 5.2km at the Subranum project and Cardinal has a systematic diamond drilling program to target three high-priority areas, subject to seasonal conditions.

Political stability in Ghana has made the country one of the most attractive mining investment areas in Africa, Koimtsidis noted.

“Ghana has a low sovereign risk rating and has enjoyed more than 20 years of continuous democratic rule,” he said.

“It is one of the most developed and affluent countries in Africa … and after South Africa, Ghana is Africa’s second-largest gold producer.”

The company will then be poised to establish its maiden resource at Namdini and become yet another step closer to its aim of near-term, low-cost gold production.

“The next six months will be a very busy and very exciting period for Cardinal,” Koimtsidis said.

*A version of this report, first published in the July-August 2015 edition of RESOURCESTOCKS magazine, was commissioned by Cardinal Resources. 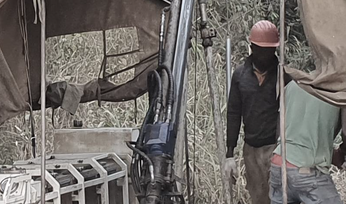 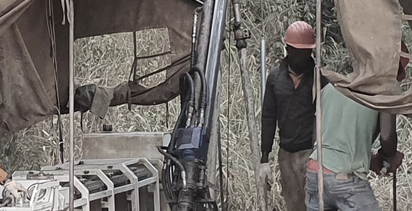