NEARLY 150 years ago a historic Spanish copper mine launched modern mining giant Rio Tinto on its journey to success. Brooke Showers travelled to Spain to learn its new owner’s plan to revive the dormant mine and follow in Rio’s footsteps.

Minas De Rio Tinto is situated 65km northwest of Seville in southern Spain and after being mined for more than 3000 years, it spent the past decade on care and maintenance until EMED Mining picked up the project in 2007.

Since then EMED, which is listed on the London’s AIM and the Toronto Stock Exchange, has poured 50 million euros ($A58.9 million) on a corporate clean-up, removing legal and financial complexities, to revive the project.

Rio Tinto, translating to red river, is a town named after the river which flows close to it, which is coloured red due to all the minerals such as iron and copper in its waters.

Based on current reserves of 600,000 tonnes copper, the Rio Tinto mine is expected to have a 14 year mine life with reserves expected to more than double in the first couple of years at the main pit.

Once two further mines on the property are re-developed, it could push the mine life to between 20-30 years, with the whole site tipped to produce more than $A20 billion worth of the red metal over that term.

Mining giant Rio Tinto operated the mine from 1873 to 1991 and by the time Workers Co-operative took over, copper prices fell and the mine became riddled with problems as the new owners lacked the capital resources to keep it going.

“It once had an iconic position within the industry and within Spain and it’s very sad that it fell into disrepair, environmentally, socially, commercially, legally; it just shouldn’t have happened,” EMED Mining managing director Harry Adams told MiningNewsPremium.net.

During the same period, Spain’s financial climate also deteriorated from the booming economy of three years ago.

Also at the same time, a change of government in most parts of the country led to an overhaul of policies in the country, and attitudes towards mining rose to one of the highest priorities for the nation.

Adams said this was partly due to the economic circumstances facing Spain and global recognition of mining as a prosperous sector with high demand for natural resources.

The circumstances created a strong base for EMED to lead the charge, putting Spanish mining back on the map.

With final approvals expected next month, the Rio Tinto copper mine will help power the economic engine of the Andalusia province of Spain once it’s back in operation, boosting employment and replacing imports.

“We’re basically in the midst of preparing for the project being triggered at the end of this year and for production to star at the end of next year,” Adams said.

Historically, the site produced 2 million tonnes copper equating to $50 billion worth of product in today’s price terms, as well as 8 million ounces of gold and around 60Moz of silver.

“We expect in the longer term it will probably yield somewhere in the vicinity of 2 million tonnes of copper over life of mine, 60 million ounces silver and very little gold,” Adams said.

Once the project is activated, executing the start-up is on par with further exploration in terms of EMED’s priorities.

A drilling program at Rio Tinto will aim to support production and expand reserves in the main pit, convert more resources to reserves and start reporting resources on the remaining pits.

EMED’s target is to double reserves within 18 months and establish resources on the other deposits within the property, in particular at the underground deposits, which have remaining ore left to be mined.

“During the last 30 years, there was almost no drilling on the Rio Tinto site at all, [even though it is] the world’s largest base metal sulphide system, which is remarkable considering there is a shortage of metals in the world,” Adams said.

The majority of personnel required for the project including general labour, operators and supervisors will be sourced from Spain and involved in training programs if required.

This is very important for the local region, Cuenca Minera which comprises seven villages with 20,000 inhabitants and has a 58% unemployment rate.

There are a lot of trade skills and mining skills embedded in the area, especially as the regional towns have historically been entwined with the mines for thousands of years, and the community is particularly keen to see the mine re-started.

Undergoing revival in 2012 means the old pit has the benefit of modern blast control systems, and modern fit for purpose drilling rigs enabling it to be mined more efficiently.

Similarly, changes at the processing plant will be a generation apart, with new plumbing, electrical, instrumentation, digital control systems, automation and monitoring controls being implemented.

The most profound change in the process will be at the environmental control end of the plant, related to tailings thickening, water recycling and water treatment which require a new facility to meet today’s environmental standards.

Under EMED’s environmental agreement, the red river passing through the site must remain at the same mineralised tarnished level of acidity, and stay coloured red.

Using flotation and conventional crushing and drying, throughput capacity at the plant is expected to start at a rate of 5 million tonnes per annum before increasing to 9Mtpa and then 15Mtpa within a few years.

In copper terms, the 5Mtpa rate will produce about 25,000tpa copper, 9Mtpa around 40,000tpa and 15Mpta will ramp production up to 70,000tpa, just based on reserves in the main open pit alone.

Adams remained bullish on the future outlook for copper demand and said once the underground mines came on stream, EMED would seek to drive plant throughput towards 70,000tpa of copper.

Local momentum near the project in the Rio Tinto township has also lifted since EMED injected energy into the area.

“I like to think we have brought the old can-do spirit of the Aussie industry,” Adams said.

“Many people we deal with in Spain consider that a breath of fresh air."

At the same time, Adams admitted the company had learnt a lot from the cultural integration of people working within the community, especially as the locals started to gain trust in the project again.

“I have to say in the seven years I’ve been doing this, the first five years, the evidence was not there that Europe would be serious about this industry again, but in the last two years it has become very serious about it,” Adams said.

“Therefore, we can finally see our years of work starting to bear some fruit.

“If all goes to plan, EMED Mining will be one of the leading mining companies of Europe in a couple of years and it would have taken the best part of a decade to achieve that.” 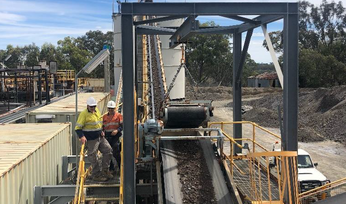 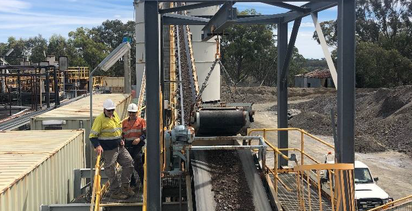