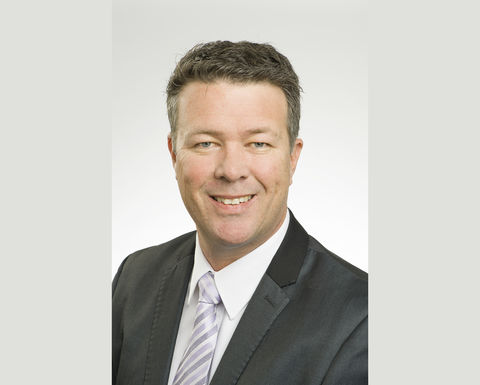 Ramelius achieved its goal of becoming a 200,000 ounce per annum gold producer when it acquired the Edna May operation in the 2018 financial year.

But Zeptner says FY19 was the year the company consolidated its position.

All while doing that, it also completed two bolt-on acquisitions, the Marda and Tampia projects near Edna May, the latter of which was more difficult.

Ramelius made the decision to go hostile on former owner Explaurum, something Zeptner said he'd do again if required.

"We had two choices at the end of the day: one was to walk away and the other was to go after the asset," he told MNN.

"And we felt the asset made sense within the Ramelius portfolio too much to walk away.

"It wasn't the preference, because most deals are friendly. You just have to be prepared to do what's required if you believe in what you're doing and I think that's the case with this project."

Ramelius recently put out a five-year plan at 200,000oz per annum, which sees Marda being developed this financial year and Tampia in FY20.

The company spent $20 million on exploration in FY19, not only growing production but also extending mine life at the same time.

"It's something that requires you to pedal faster and go really hard, and it's been the good work of the team," Zeptner said.

While Ramelius has developed a reputation for consistency and met guidance in 22 of the past 24 quarters, Zeptner still feels the pressure.

"You're only as good as your last quarter," he said.

"It's the old reputation story: it takes years to gain and can be lost very quickly. One quarter and you're in the doghouse pretty quickly, unfortunately."

After a more than five-year hiatus, Ramelius was readmitted to the S&P 300 in March. The stock has re-rated since then, going from less than A60c to 90c.

The company also finished the year with an impressive cash and bullion balance of $106.8 million.

"We think with our balance sheet - we don't have debt - and a good cash position, we're still positioned for further growth," Zeptner said.

"And we've also got the possibility of being a dividend-payer, which would make us, I would say, the smallest Aussie goldie paying dividends. The door is certainly open on that in the second half of this year given the criteria we've set and the policy we've put in place.

"I think that would be pretty exciting for the retail shareholders. A lot of them have stuck around since the last time we were in the ASX 300 and once upon a time, paid a special dividend back in 2009."

With gold at over $2000 an ounce, Zeptner recognises times are good, but he doesn't take it for granted as the memories of much harder days are still fresh in his mind.

A mining engineer who spent 20 years at WMC and then Gold Fields, he joined Ramelius in March 2012 as chief operating officer when the company was first building its Mt Magnet operation.

"The first couple of years were pretty tough. The gold price was $1400/oz and like a lot of other start-up companies in the Murchison, the orebody didn't really perform as well in the oxide zones," he said.

"The modelling tended to underperform, but it over-performed once we hit the fresh rock - good thing it did.

"But also, refurbishing a mill that had been on care and maintenance for four or five years, things tended to break down that we didn't expect. Those two things and a lower gold price meant the first two years were pretty tough.

"We reached a low point in 2014, about $15 million in the bank, a 4c share price at the bottom. We got through because we didn't have debt, and we got our act together.

"We built a company, but we don't think the journey's over yet."

Zeptner was promoted to the MD role in 2014, but he believes his work his far from done.

"I've typically stayed in jobs a long time and I don't think the journey's over at Ramelius and I'm still enjoying it - it's pretty exciting," he said.

Zeptner comes across as humble and down-to-earth and while perhaps not as polished as some of his peers, he acknowledges there's room for improvement in that area.

"Being a mining engineer and being an operational guy at heart, I probably find the marketing doesn't come as naturally to me as it does to others and I get that, but I understand it's part of the job," he said.

"I've had to try to become better at that but I naturally favour the operations and that's put the company in reasonably good stead because the operations are what generates the cash, what provides a sound foundation for the company, so I've always had that to fall back on."

And unlike some of his peers, Zeptner never really had a mentor, something he admits would have been beneficial earlier in his career.

"I see other people have mentors and think ‘that would have been great'. It's just never happened like that," he said.

"I think it's something as part of giving back, I'd always make myself available to be able to be a mentor to some of the younger people. I see that as important as some words of wisdom here and there can always help.

"This is my first CEO role and in the early days, you start to question ‘okay, am I doing the right things, am I making the right call here?' And it can be reasonably solitary - you can feel isolated. And that goes with the territory, but having the sounding board of senior person, I imagine, can be really handy in those situations."

Zeptner is married with two adult children and describes himself as an armchair sportsman.

"I get inspiration from the teams I follow, whether they're local teams or Australian athletes or teams," he said.

"I probably draw more inspiration from that kind of thing and being the best you can be. And being a good role model and being reasonably humble in what you do, I think that's important."

The goal for this financial year is to keep growing the company. At a $500 million market cap, Zeptner believes there is still a valuation gap between it and some of its peers, giving it plenty of room left to run.

"It's been really fulfilling to move the dial, as they say, in a company like this," he said.

"I've got a good team and I think the team works well together and I don't see it coming to an end soon."

Ramelius managing director Mark Zeptner is a nominee for CEO of the Year in the 2019 MNN Awards.

CEO Mark Zeptner has Ramelius 'breaking into a gallop' 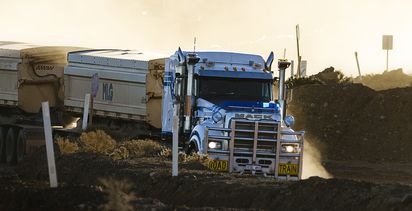