EVERY step in the journey towards the near-term development of Australian-based Danakali’s (ASX:DNK) Colluli premium potash joint venture in Eritrea is improving the already stellar outlook for the 200-plus year project. 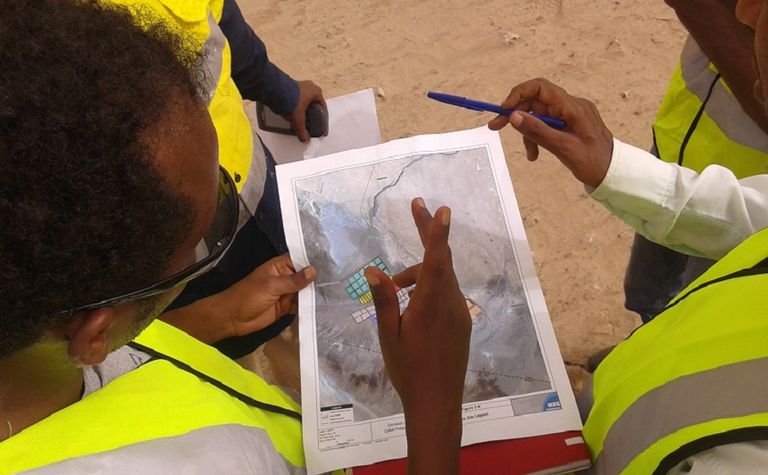 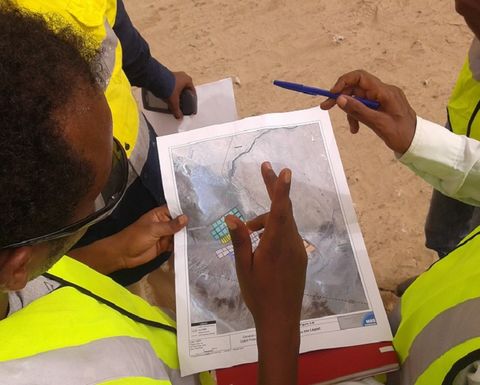 The company is in the midst of a busy quarter with its Front End Engineering Design (FEED) improving costings, efficiencies and taking the project’s metrics to an accuracy of +/-10%; a London Stock Exchange listing is imminent and advanced offtake and debt funding discussions are underway. Early site works are slated for the end of 2018.

The Danakali team has taken a considered approach to “do justice” to the resource, which they describe as being positively unique.

Colluli has an expected 200-plus year mine life thanks to its 1.1 billion tonne ore reserve at 10% potassium oxide for 216 million tonnes of contained potassium sulphate (SOP), a product that commands a premium to the more common muriate of potash (MOP).

While the initial focus is on SOP production, Colluli’s composition means it can produce three of the four potash types which are sold in the global market, plus it contains a 347 million tonne rock salt resource.

Unlike potassium rich brine resources which are typically the most common source of primary feed material for SOP production, Colluli contains the optimal mix of potassium feed salts in solid form. With mineralisation starting within 16m of surface, this provides Colluli unrivalled capital intensity and a faster path to revenue generation in contrast with brine-based potash operations which require very large, capital intensive evaporation ponds, take considerable time to revenue generation due to the substantial evaporation requirements and carry significant production rate risk as a result of variability in ambient conditions and hydrogeology.

To date, the FEED phase has resulted in an increase in SOP production rate of each phase of the development by 47,000 tonnes per annum, reduced the operation’s footprint and reduced capital costs from the DFS estimate of US$337m to US$333 million for phase one development. Further capital reductions are expected from the final optimisation work on the water delivery system which is nearing completion.

“And we have to reiterate, this project is not just an SOP project, it’s got so much growth potential. Potential that simply cannot be matched by any other potash resource on the planet.

“We have already started working on long term export options that will allow the monetisation of other salts within the resource and further improve the cash costs of Colluli SOP. The initial phase of the project will commence using existing shiploading infrastructure at Massawa, but we expect to announce results of the long term ship-loading solution in the first quarter of the next calendar which we are confident will further demonstrate the strength of the resource and its location.

"Colluli is afterall, the closest SOP deposit to a coastline globally.”

As the project transitions to the next phase, the company has also experienced a seamless management transition with Danakali head of marketing Danny Goeman taking over the CEO role from Donaldson, who is remaining on the board as a non-executive director and will chair a newly formed technical and risk sub-committee.

The pair have a strong working relationship and their views on the project’s merits and the path forward were clearly aligned when they outlined Danakali’s rapid progress to MNN at their head office in Perth.

Goeman, a former executive of global mining giant Rio Tinto, said taking the figures to a higher level of accuracy in the FEED phase, to +/-10% from the +/-15% level in the earlier definitive feasibility study, put the company in a strong position to support the funding solution and take the project forward.

“It puts us in a really strong position to further advance our debt funding discussions, which have progressed in parallel with the study and off take discussions,” he said.

It also set the fully-permitted Colluli apart from other potash projects at scoping study stage which had figures at +/-40% accuracy, he pointed out.

“The questions from the debt side are ‘what specific items of equipment are required and who are your suppliers going to be?’,” he said.

“We’ve already got firm bids, from our potential mining contractor and power provider. The bids have come in within 2% of our DFS estimates which really validates the quality of the study and the service providers we’ve used in our journey and adds further confidence to an already very robust project.

“We do talk about Colluli being the most advanced stage greenfield SOP development project globally. From PFS to completion of FEED, the project has consistently demonstrated that it is robust, fundable and unrivalled with regard to economic returns.

“We have consistently communicated the value of the solid form potassium salts to minimise capital intensity and development capital and the study results continue to validate this.”

Donaldson pointed out that every study phase on Colluli had delivered better results than the previous one, which was testament to the quality of people involved and the approach taken.

“The amount of value we’ve created from this project through the disciplined execution process has been huge,” he said.

“If you evaluate the journey from PFS to FEED, the estimated NPV value of the first module alone has increased by more than US$80 million.”

The positive outcomes of the DFS was an important milestone for another reason however, with Donaldson noting every project in Eritrea that has had a positive DFS outcome has made it into production. 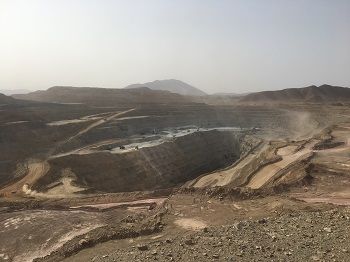 “Our joint venture partnership is a key enabler for success,” Donaldson said.

“It takes away the noise of jurisdictional and political risk, and stabilises the landscape for us internally. I think the jurisdiction and the general geo-political landscape is the most poorly understood element of this project.

“Over the years we have hosted many site visits with consistent, positive feedback on the people, in country safety and ease of access to and from both the country and the Colluli site.”

Further site visits are planned over the coming months as offtake discussions progress towards binding agreements. Multiple parties have completed their own technical due diligence and provided positive feedback not only on the project but also on the credible feasibility studies.

Offtake agreements are expected to be finalised by the end of the first quarter of 2018. The company has a very clear offtake strategy, and is executing negotiations consistent with it.

Danakali is well funded with approximately A$16 million (US$12.3 million) cash at the start of December and is currently not planning to raise capital as part of its secondary listing on the LSE.

It sees London as the exchange of choice for an African-focused developer and has received strong backing from UK-based investors including JP Morgan and Capital Group in recent equity raisings.

The company has an increasing UK presence with former BHP executive Andre Liebenberg being appointed non-executive director. The seasoned industry professional is London-based, as is chairman Seamus Cornelius.

Danakali has made other strategic appointments to guide the company’s growth, including experienced potash executive Bob Connochie who brings extensive senior mining industry experience to his role as non-executive director.

Endeavour Financial is leading debt funding discussions and will draw on its Eritrean experience in advising on the financing of the Bisha project.

“I feel the company is in good shape,” Donaldson said.

“We’ve got a world class project, a good cash position, we’re well advanced in all the key streams, FEED is going to deliver a better result than the DFS and we’ve got a really strong relationship with our joint venture partner.” 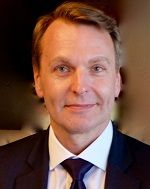 He said the company was well-positioned for growth and said Goeman was the ideal person to take Danakali into the next phase of development.

“I’ll always be passionate about the jurisdiction, the project and the company and that’s part of reason I’m staying involved but fundamentally, I just believe in the project,” Donaldson said.

Goeman said the sheer quality of the resource and the opportunity to build on the work done by Danakali’s quality team were key factors in agreeing to take over the helm.

“We’ve made such good progress on the offtake discussions and discussions with financiers – you can see it all converge to the point where you can see this is going to be an exciting time,” he said.

“I think we’ve really given ourselves the best opportunity for success.” 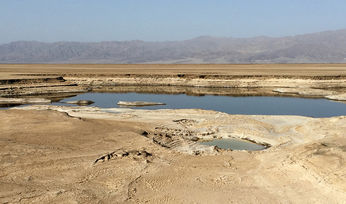 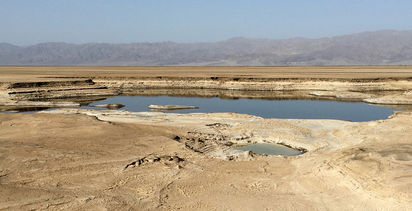 Danakali happy to go up against WA potash rivals