NEXT year is likely to be one to remember for Berkeley Energia (ASX/LN:BKY). The company is expected to award major contracts and commence full construction at its Salamanca uranium project in western Spain. 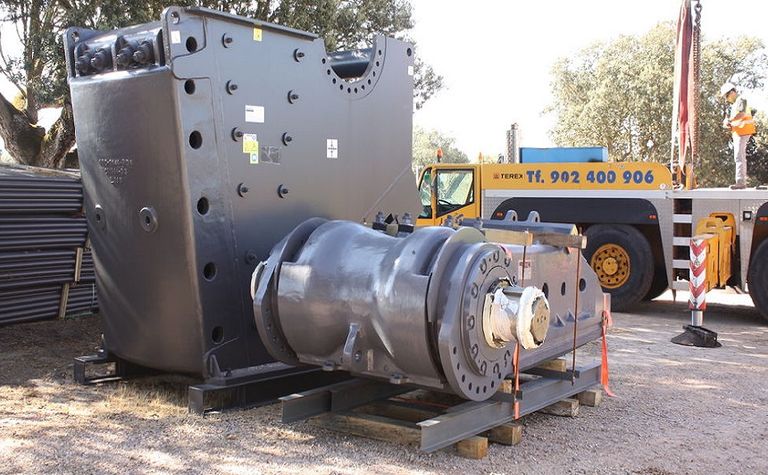 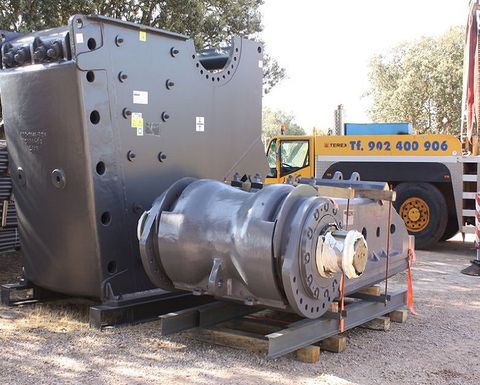 Special delivery: The crusher, the first major piece of construction equipment, has recently arrived on site at Salamanca

That isn't to say 2017 has been uneventful; Berkeley has made significant progress with early works, continued its exploration programme and secured US$120 million of finance at the height of the uranium bear market for a project set to make the company a top-10 producer.

These achievements - delivered when the spot uranium price is hovering around a 12-year low - are testament to the project, management team and expected market resurgence for the nuclear raw material.

According to the 2016 feasibility study, Salamanca is expected to produce 4.4 million pounds per annum of U3O8 over its initial 10 years at total cash costs of $15.06 per pound. That is $10/Ib less than the current spot price and in the first quartile of the industry's cost curve. The project comes up trumps on the capital expenditure side, too. Initial capex to bring the mine into production is a modest $93.8 million with that outlay expected to be repaid in the form of a post-tax net present value (8% discount) of $531.9 million.

Over the first decade of production, Salamanca is due to provide $979 million of after-tax cashflow (before capex).

These numbers are not based on the $65/Ib analyst consensus price that makes even the most marginal of uranium projects feasible, it factors in average annual pricing from $39/Ib to $68/Ib over the 14-year mine life. Such numbers have made Berkeley's project standout for all of the right reasons.

The company attracted $30 million of equity finance from some of the biggest institutional investors in late 2016, which helped it put in orders for some major equipment and tie up early-stage contracts. More recently, it signed a $120 million pact with the Sovereign Wealth Fund of Oman, enabling the company to start construction on the project and potentially reach its goal of producing first product by 2019.

The latter deal came in the form of interest free and unsecured convertible loan notes agreed at a premium to the current share price.

This will give the fund the opportunity to match any future offtake agreements Berkeley agrees for Salamanca output. As it stands, Berkeley has already locked up 2.75MIbpa of offtake for the first six years of production (with the option for another 1.25MIbpa). It has done so at circa-US$42/Ib - close to double the current spot price - and has plans to secure further offtake agreements at premium prices as the mine build progresses.

Berkeley has done this at the same time as the world's biggest uranium miners (Kazatomprom, Cameco and Areva) are shutting down production in the face of falling profitability.  It has bucked the uranium trend in every sense.

There is more to this story than impressive numbers.

To get to this stage, Berkeley has had to navigate around numerous obstacles. It had to come up with a mine plan able to make money in this weak market, silence critics who thought they would never get a development permitted and bring the local community onside.

The spot price of uranium has been falling since early 2011 and, at $25/Ib, is now less than a third of what it was back then.

Salamanca has several cost advantages that means it can turn a profit in even this environment. The resource base is close to surface and, in Zona 7, has comparatively high grades and a low strip ratio (0.0631% U3O8 and 1:1, respectively). The ore, to be mined from three deposits (Retortillo, Zona 7, Alameda), has "incredible" leach kinetics, according to managing director Paul Atherley.

This has been demonstrated by industry-leading recovery times and yields in testwork that will translate to efficient and cost-effective processing. Salamanca's location, being close to both power and transport infrastructure and within trucking distance of two regional base metal smelters producing sulphuric acid, doesn't hurt either.

Atherley says the company is likely to pay just €0.06 (US$0.07) per kilowatt hour for power, and the cost of connecting the operation to the grid is minimal with a transmission line already passing over Salamanca. The project is expected to be one of the rare on-off heap leach uranium operations in the world. This involves treating the ore with sulphuric acid and rehabilitating the openpits as mining progresses.

Such a proactive approach to rehabilitation is just one reason why Berkeley has been afforded a relatively smooth permitting route so far. 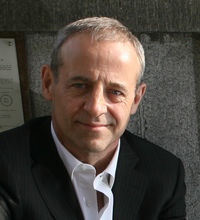 The process is "progressive" in this part of Spain, according to Atherley (pictured), whereby the company earns its right to operate its pits and plants by carrying out work it previously prescribed. "[Permitting] is not binary like you have in Queensland or New South Wales," he says.

Berkeley has already received about 110 permits and licences for its planned operation - enough to ensure it can start up the Retortillo plant and openpit in late 2018. This process is somewhat aligned to Berkeley's social licence to operate; an aspect of the development the company has worked extremely hard on over the past two years. The London-based firm has brought the community onside and contained the usual ideological opposition to uranium mining in Europe by setting up a permanent base in the region, educating locals on its planned operations, providing training opportunities, looking to deliver vital services to the community and, generally, being a good neighbour.

"We want to provide the sort of investment that reinvigorates the community," Atherley says, reflecting on the vast amounts of people leaving both Castilla y León and Salamanca in the past year looking for employment opportunities. Berkeley is doing its best to reverse this trend and hopes to engage 80 of the 110 people that have applied for jobs from the local village of Villavieja by the middle of next year.

The company will be helping more than the locals by starting up one of the rare new uranium mines in the world. It will provide a vital power source to the world over the next few decades. Nuclear energy, as it stands, is the only carbon-free, base-load power solution globally available. Renewables are, without doubt, gaining traction, but are unable to offer the same base power loads of coal, gas and nuclear power. Industrial-scale storage solutions, meanwhile, are still years away.

This is well understood in Asia, where nuclear power generation has grown 35% since 2012 and two thirds of global reactors under construction are located, according to the World Nuclear Association. One third of those are in China, which will need uranium to feed the 10 or so reactors it is planning to bring online every year to 2025.

Secure and stable uranium supply will also be sorely needed in the European Union if the electric vehicle revolution everyone - including several governments - is talking about is to speed ahead. Then one has to factor in the Japanese reactor restarts that only look more likely after the latest election results, plus the need for the UK government to source 30 gigawatts of extra energy by 2040 to meet its power generation goals.

With close to a billion pounds of uranium supply contracts set to be recontracted by 228 US and EU utilities in the next five years, and the vast majority of producing mines losing money at today's prices, the market can only go one way. This has put Berkeley in a prime and unique position as one of the only uranium developers looking to bring a new mine into production before the end of the decade.

No wonder Atherley and Berkeley are happy to be contrarians for now. As Atherley says: "Pouring concrete at the bottom of the cycle is much better than pouring at the top." 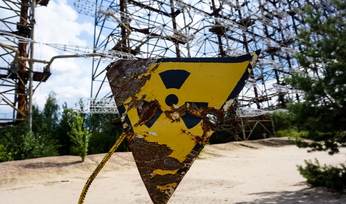 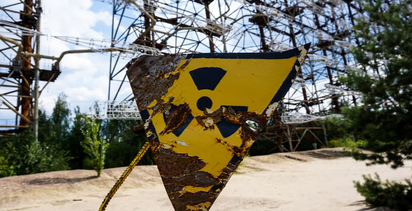 Uranium jumps amid unrest in Kazakhstan