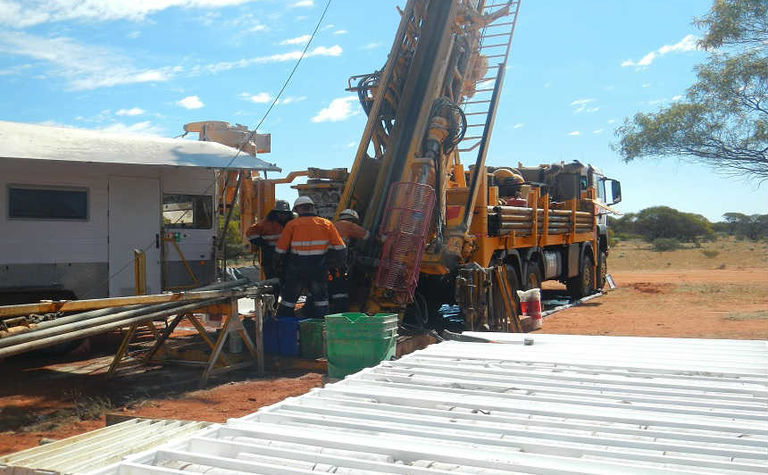 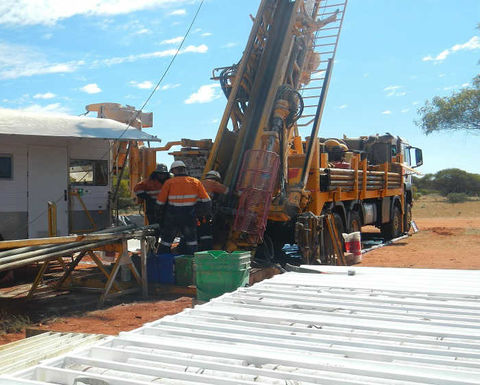 RESOURCEStocks: St George has secured 100% ownership of further, unexplored ground around its core Mt Alexander nickel-copper tenement, which is a joint venture with successful WA nickel miner Western Areas ((AU:WSA) 25% free-carried until a decision to mine). Why is this area such a focal point for St George?

John Prineas: In 2016 we completed two drill programmes at the Cathedrals Belt to test electromagnetic (EM) conductors which we believed were prospective for nickel-copper sulphide mineralisation. The drilling was an outstanding success with every one of the 15 discrete EM conductors tested being confirmed as high grade nickel-copper sulphide mineralisation. The 100% success rate in testing conductors is unprecedented.

The project is located in an established mining region close to the world-class Agnew-Wiluna belt. That means we are near existing infrastructure and processing plants, which will be very supportive of the economics of our project.

So, we have the perfect scenario for creating a successful mining project – a highly mineralised belt that is underexplored plus favourable economics. We have quietly picked up all the prospective ground around our core JV tenement, giving us exclusive rights to what we believe will be Western Australia’s newest nickel sulphide camp.

RESOURCEStocks: It’s been just over a year since St George acquired a 75% stake in the core tenement and in that time the nickel price has picked up, with a further boost earlier this month after major nickel producer the Philippines announced numerous mine closures and suspensions. How does the uptick in the commodity cycle play into development plans?

John Prineas: Firstly, a discovery always trumps a soft nickel price. An explorer like ourselves can still create fabulous shareholder value by making a discovery even if the nickel price is weak. And, of course, grade is king. We have very high grade mineralisation at shallow depths which will still be profitable to mine even at the bottom of the commodity cycle. In terms of development plans at Mt Alexander, we are already receiving approaches from established industry players regarding our plans and likely production. That’s a clear sign that there is an uptick in the commodity cycle and it gives us confidence to press ahead with development so we can take advantage of market conditions as the nickel price strengthens further.

RESOURCEStocks: A deep search electromagnetic survey at Mt Alexander’s Cathedrals Belt has identified further targets, when will these be tested? 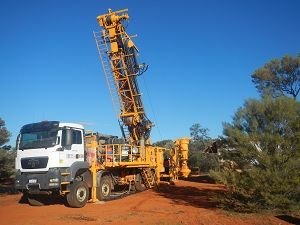 John Prineas:The latest SAMSON survey was very successful in identifying additional conductive bodies in the Cathedrals Belt. The new conductors are along strike or down dip to known mineralisation and most are below the depth of detection of previous EM surveys. What this tells us is that the nickel-copper sulphide mineralisation in the belt is much more extensive than previous EM surveys had indicated.

The drill programme to test these new conductors will commence in early March 2017, and we believe these targets will deliver further significant discoveries of high-grade mineralisation in the Cathedrals Belt.

RESOURCEStocks: Preliminary metallurgical testwork results showed over 99% recovery of nickel and copper in bulk concentrate from the Cathedrals prospect, along with cobalt, platinum group elements and gold recoveries. What further testwork is planned for 2017?

John Prineas::The metallurgical testwork was very pleasing as it showed we will not have any problems in processing our high grade mineralisation, which is an issue for a few mineral deposits in the Yilgarn and those deposits have never been mined.

We will complete more metallurgical testwork in 2017 so the engineers can develop the optimum flotation process for our mineralisation. That will be important for the scoping study and other studies that will be completed as we progress towards a mine plan for Mt Alexander.

RESOURCEStocks: How do you foresee the Mt Alexander project progressing?

John Prineas: Our excellent metallurgical test results, combined with the shallow depth of mineralisation, high grades of nickel, copper, cobalt and PGEs, extensive strike length of mineralisation and the proximity to existing infrastructure are all favourable for the economics of a potential mining operation at Mt Alexander. There will be a lot of drilling this year as we test the new EM conductors and then start the drill out of a resource base at the Cathedrals Belt.

We then have excellent exploration potential at the main Mt Alexander Belt as well as the structural corridors that are parallel to the Cathedrals Belt. Exploration at these targets will be ramped up and our new nickel sulphide camp at Mt Alexander will really start to take shape.

RESOURCEStocks: Turning to gold - your first systematic drilling exploration at the 100%-owned East Laverton gold project has indicated the potential for two large mineralised systems. Where does this project sit in terms of the company’s priorities?

John Prineas: The reconnaissance drilling completed at the Ascalon and Bristol gold prospects in 2016 has definitely validated these as targets for large-scale gold mineralisation. We will be drilling again at these prospects shortly, and we will also bring forward some of our other gold targets such as those at Cambridge and Cambridge North. Mt Alexander, with its potential for near term commercialisation, is our number one priority but we won’t be forgetting our gold targets. The East Laverton Project is in the underexplored eastern margin of the Yilgarn, close to where the WA’s most recent major gold discoveries - Gruyere and Tropicana - were made, and warrants more exploration.

RESOURCEStocks: St George is well-funded to continue exploration at Mt Alexander and beyond with A$6.4 (US$4.9) million in the bank at the end of the December quarter. What are your exploration priorities and plans for the coming months?

John Prineas: We are going to drill, drill, drill. We are lucky that our drilling costs are relatively low. Drilling at Mt Alexander, although mostly by diamond drill, is quite shallow. At East Laverton, we are using mostly RC drilling. We are getting very good value for our money and have the funds to continue aggressive drilling campaigns in 2017. 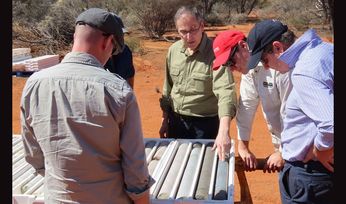 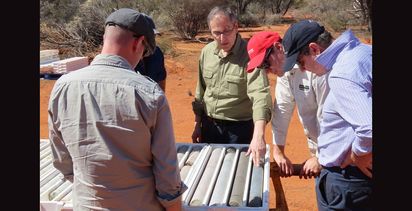 Battery metals — is it really all blue sky?