THE ASX could soon welcome a new mid-tier miner to rival the size and scale of Evolution Mining and Northern Star Resources, with Canadian market darling Kirkland Lake Gold confirming to MNN that it plans to list in Australia within months. 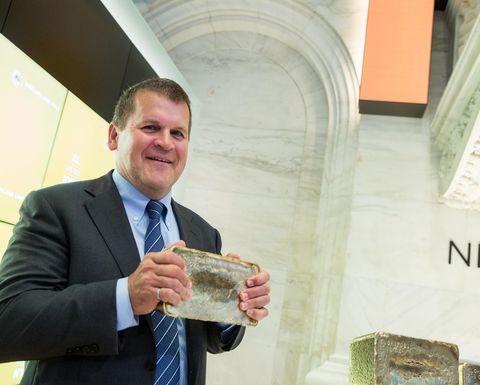 Speaking to MNN on the sidelines of the Beaver Creek Precious Metals Summit on Monday, KL president and CEO Tony Makuch said with listings in Toronto, and more recently New York, Australia was next.

“We hope to be ringing the bell down there in November,” he said.

KL shares have jumped by 176% so far this year and the company now has a market capitalisation of C$3.3 billion.

Much of that rise has been driven by the success at the Fosterville mine in Victoria, which had an eye-watering average head grade of 17.2 grams per tonne gold in the June quarter.

Fosterville is set to produce 250,000-260,000 ounces of gold this year and Makuch said the company was confident the mine could reach 400,000oz per annum in the next three years.

“We’re also working towards even higher production,” he said.

“It’s going to be based on exploration success. It has to be proven geologically so we’re going to have to figure it out.

“The gold is there, we’ve just got to try and find it and there’s enough targets at Fosterville to suggest it could be potentially a much larger deposit than what we’ve already discovered.”

Makuch noted that neighbour Bendigo had produced close to 21 million ounces of gold, with 7Moz discovered at Fosterville.

“Right now, the plant can already produce about 840,000 tonnes per year already and the big driver is going to be grade,” Makuch said.

“So we have the ability to grow throughput – right now we’re doing 550,000-600,000tpy and we’ve got that 25% expansion capability in the mill. Combine that with higher grades that we’re seeing which really drives it.”

KL has put its other two Australian mines, Stawell in Victoria and Cosmo in the Northern Territory, on care and maintenance in the past year.

“What happened to both those mines was they lacked investment,” Makuch said.

Both had run out of ore and no money had been spent on exploration.

Makuch said there was potential at Stawell to find parallel systems, while little deep drilling had been done at Cosmo, and the company was already getting some “interesting exploration success”.

“Things cost money and the situation with Kirkland Lake Gold right now is Fosterville is so rich and has so many exploration targets, then you’ve got something like Cosmo or Stawell and you say ‘we’ve only got so many people and money, let’s put it all [into Fosterville] because every dollar we spend here to find an orebody is going to be worth 100 times more than these ones’,” Makuch said.

“So that’s a conundrum and that’s why we put Stawell and Cosmo onto care and maintenance – we did the same in Canada with the Holloway mine, so we weren’t just picking on Australia.”

Where KL has spent money recently is on Pilbara explorer Novo Resources Corp, paying $56 million for a 9.2% stake earlier this month.

Novo shares have gone crazy in recent months on comparisons of its Pilbara ground to the Witwatersrand Basin in South Africa.

The company is yet to drill a hole, but Makuch said it was important to get in early.

“We had some people visit Novo up in Karratha – I guess when you look at what they’re finding and the potential size of this deposit could be, you kind of sit there and say ‘this could be a big discovery’,” Makuch said.

Makuch said KL viewed the investment as an extension of its own exploration efforts.

“This is just dying to have money spent on it,” he said.

“Part of what we wanted to do, if it’s really as big as what we think it could be, we want to make sure we’ve got a strong enough foothold that we can participate.

“The goal is not to invest in companies, they do something and we sell the shares, the goal here is to invest in something, have that money we put in to develop and advance the project and make it better until a time that we come in and be owner-operator of the project.”

“You want to get involved in these investments fairly early, you don’t want to wait until it’s too far along.”

Makuch said the company was looking at other opportunities but it wasn’t “necessarily a priority”.

Sarama bound for the ASX

'Next step' in transition to development 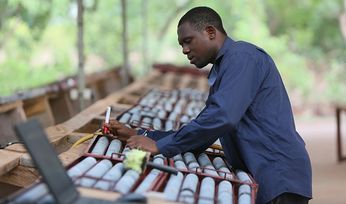 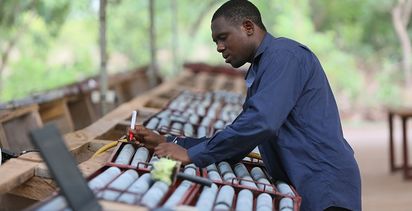 Canadians continue to flock to Victoria