The deal, which is worth $360 million, extends the existing contract (which was due to expire in 2002) out by 28 months to June 2004. The deal takes the company’s total order book value to $1.87 billion, the highest in its history.

HWE’s manager of corporate relations, Don Murchland, said the arrangement was positive for both companies.

“We’re naturally delighted at the result, it’s something that BHP and ourselves have been working on for a while,” Murchland said.

“Yandi is certainly a significant operation. I think I’m right in saying it’s the biggest iron ore mine in Australia under contract. The last figure I saw said that we had 150 people working there.”

BHP and HWE have worked together to develop the Yandi mine since 1991, when BHP secured support for the new style of ore produced there after extensive trials involving Japanese and Australian steelmakers.

Since then the companies have used their collective experience to expand production from 5 million tonnes per annum to more than 26Mtpa.

President of BHP Iron Ore’s Western Australian operations, Graeme Hunt, said the new arrangements would support the ongoing development of the mine, which is located 120km north of Newman.

“BHP has begun establishing markets for a new Yandi pisolitic lump product, which has a higher value than the traditional fines products produced from this 1.8 billion tonne resource,” Hunt said.

“To achieve this our mine planners have worked closely with HWE to produce this additional product with minimum interruption to the existing operations.”

HWE constructed both of Yandi’s ore handling plants and was project manager for the mine’s upgrade project in 1996. 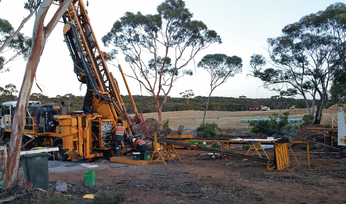 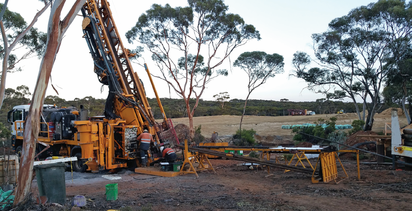 Study for Queensland copper mine due