Will Heron be the next to go?

LAST week’s decision by Joseph Gutnick to sell his stake in Centaur Mining and Exploration to Anaconda Nickel was rightly marked by commentators as a watershed moment in the very introverted world of Australian mining.

The disposal of his 12% stake to Anaconda at a cost of $8.5 million (with the promise to deliver another 2.9%) effectively shut the door on Gutnick’s foray into the big boy’s world of nickel laterite mining.

It also marked the end of Diamond Joe’s once iron-like grip on the resources industry. While he still has mining interests and will stay on as deputy chairman of Centaur, his exit from Great Central Mining and Centaur have effectively stripped him of his title of “mining magnate”

Not everyone was unhappy to see Joe go. Shareholders of Heron Resources were one.

Heron and its managing director Ian Buchhorn got into a very public barney with Gutnick in August last year when Centaur made a 30c-per-share takeover bid for nickel laterite exploration junior.

The bid was prompted by Centaur’s need to secure more feed for Cawse and Heron’s ever swelling Goongarie South resource, which had grown to more than 90 million tonnes at a better-than-average grade.

Yet despite a flurry of writs, Heron was able to hang on. On May 25 the bid fell over.

Speaking with MiningNews.net this week Buchhorn was circumspect about the takeover tilt and maintains the best is still to come for Heron shareholders.

“It [the bid] didn’t really bother me, after all it’s a free world and if you want to buy and sell shares you’re entitled to,” he said.

“The biggest issue for us was the nuisance value - the bid was a big convenience. We were very constrained in what we could do for quite some time.”

In August last year Heron entered into a strategic alliance with Centaur whereby Heron can toll mill ore through the Cawse Stage I plant providing it gives Centaur a minimum 20% feed for Cawse Stage II.

The deal looks a great one for Heron given that the indicative figures tally that 20% to be worth about $30 million per annum in after tax profits.

However, Buchhorn sees the Cawse deal as a part solution to best exploiting its resources.

“We’re very happy to have that strategic alliance but our best guess is that Cawse will need about 30Mt and we’ve got more than 180Mt of indicated and inferred material at Goongarrie, Ghost Rocks and Kalpini,” he said.

“So we need another home for our ore. We’re looking to build a plant but our preference is to keep the capital costs down and produce an intermediate nickel-cobalt hydroxide much like what Comet is doing at Ravensthorpe.”

Buchhorn, whose family company is the biggest shareholder in Heron with 29%, is not concerned that Centaur sits on its register with 17.5% or that it is relatively open.

Part of that confidence can be attributed to the healthy share price, which has ticked over 40c in recent weeks.

DJ Carmichael analyst Terry Burns put an “accumulate” recommendation on Heron at 34c, arguing that the company has to be a takeover target given the strategic nature of its resources.

“In our opinion Heron’s nickel deposits are now of a sufficient size to force a re-think of the location of the Cawse II plant,” Burns said.

“We have used QNI’s investment in Comet Resources’ Raventhorpe nickel laterite project [$36 million for 40%] as a means of valuing Heron’s in-situ resource. On this basis we have upgraded our valuation of Heron to around 75c per share.”

Given this bullish call and the fact that Heron’s Part D response to the Centaur bid included a preferred valuation from PriceWaterhouseCoopers of 86c per share, deep pockets may be required to totally snaffle Heron.

Given the history events so far in the world of nickel laterite mining, Heron may be tempted by option B - a major cash investment from a multinational for a strategic stake on the register and then a project joint venture agreement, possibly with an offtake arrangement.

Whatever happens, keep watching this company because Heron is indeed a rare breed of bird. 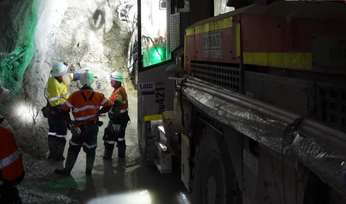 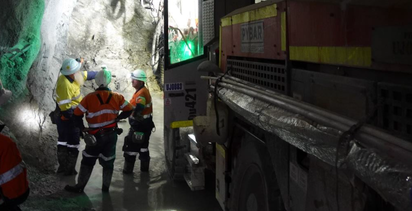