STRICTLY Boardroom introduces you to 100 global inspirational women in mining.

A couple of weeks back, Strictly Boardroom attended the Mines and Money conference in London, the UK’s largest annual mining industry conference.

Alongside the conference were the usual networking / free drinks events – the best of which was organised by the UK ‘Women in Mining’ (WIM UK) group. The WIM event not only drew the largest crowd but also offered the opportunity to win some bling!

Whilst the WIM UK event itself was well-attended by women (possibly up to a third of the crowd) the same could not be said for the rest of the conference. A quick count during one of the presentation sessions Strictly Boardroom chaired revealed a total of just three women in the room out of 52 (6%).

Looking across the whole conference, of the 189-people involved in the conference deliverables (presentations, panels, interviews, forums, debates etc.) there were only 16 female participants (8%). These numbers were repeated around the booths as well. To be fair, having spoken to the conference organiser, Mines and Money is well aware of the issue and is trying to recruit more female speakers.

Indeed, at least some of the issue is beyond their control in that the choice of conference participation not only lies with the organisers in terms of invitations but with companies too of course. For example, a good proportion of the speaking slots are fee-paying company promotional slots: Of these only two of the 35 slots were filled by women (6%), so kudos to both Champagne Resources and North American Nickel. The other companies presenting either had few women in leadership roles available to attend or else did not select them to do the job.

In fairness this is hardly an issue constrained to either the UK alone or to Mines and Money. A similarly small percentage (6%) of board members in ASX mining and exploration companies are women1. Likewise, the proportion of fellows (the most senior rank) of the Australasian Institute of Mining and Metallurgy (AusIMM) who are women is surprisingly still less than 2%!2

Action is needed. In Strictly Boardroom’s experience two practical objections to increased gender diversity in senior leadership roles are commonly raised at this point by the men with the power3 to change the situation: 1) they do not know any suitable women for leadership roles; and 2) that it is risky to appoint people without a leadership track-record, regardless of gender, in business, universities and professional societies (or even to speak at a conference perhaps?).

Fortunately, one of the free books in the Mines & Money conference pack has come to our rescue. The “100 Global Inspirational Women in Mining” produced by Women in Mining (UK) (and funded by BMO Capital Markets) resolves the first impediment above by providing a list of 100 women for all senior decision-makers in the industry to get to know. The list also resolves the second impediment in that all have been selected by the peers as inspirational leaders:

5.              Adiki Ayitivie – Director of External Affairs and Communications for Africa at Newmont

22.          Deborah Caudle – Director and Head of Metals and Mining (Australia) for Societe Generale

32.          Heidi Edwards – Superintendent of Maintenance Integration at the Operations Centre of Rio Tinto

62.          Tina Markovic – Head of Integrated Operations at the Escondida mine, BHP Billiton

63.          Andrea Marsland-Smith – Manager for Regulatory and Compliance at Heathgate Resources

66.          Jeannette McGill – Head of Technology and Innovation at Anglo American

77.          Priscilla Nelson – Chair of the Department of Mining Engineering at Colorado School of Mines

91.          Sarah Thomas – Partner and Head of the International Mining Group for Pinsent Masons

97.          Frances Wall – Mineralogist and Professor at the Camborne School of Mines

Strictly Boardroom is ashamed to say that we only have the business cards of just seven of these inspirational female leaders. How many do you know?

That said, we also reckon that an ‘All-Australian’ list of a further 100 inspirational women-in-mining is more than doable. What do you think?

John Sykes is undertaking a multidisciplinary doctorate at the Centre for Exploration Targeting, UWA. He is also director of Greenfields Research, a consultancy specialising in the analysis of mining and exploration across the base, precious and speciality metals sectors (john.sykes@greenfieldsresearch.com).

Allan Trench is a Professor at UWA Business School and Research Professor (Value & Risk) at the Centre for Exploration Targeting, a Non-Executive Director of several resource sector companies – and the Perth representative for CRU Consulting, a division of independent metals & mining advisory CRU Group (allan.trench@crugroup.com).

Global search is on again 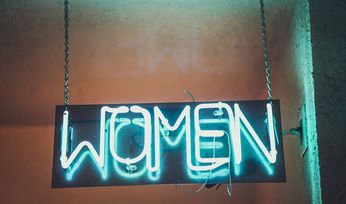 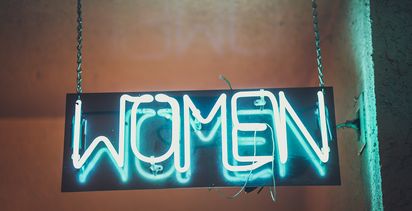 Search on for inspirational women in mining

In praise of field geology: Wondering about wandering

Gold demand in a crisis - an unrevolutionary tale

The Roy Woodall Medal for scientific excellence in mineral exploration

More than a feeling - yet more WA nickel sulphide discoveries