HALFWAY through crunching the numbers on its latest scoping study project, this Perth-based gold company made an exciting realisation that reprioritising its portfolio was key to near-term, low-cost production. By Justin Niessner – RESOURCESTOCKS* 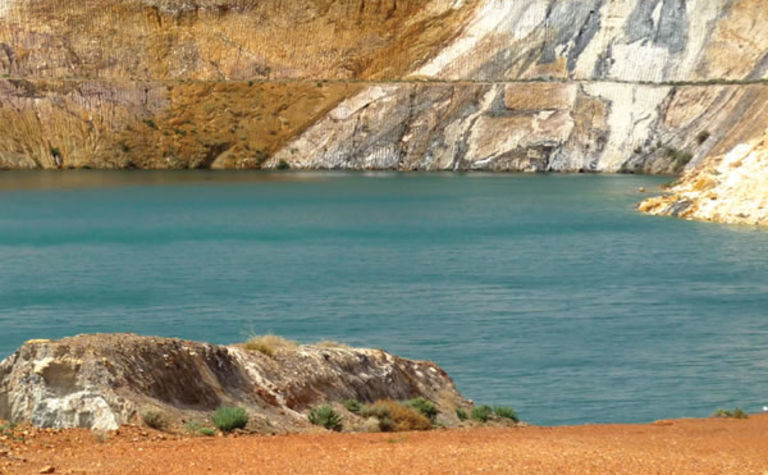 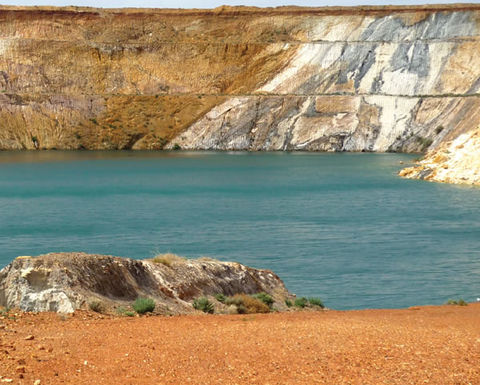 Gascoyne is targeting extensions at the Gilbeys pit.

Gascoyne Resources is perhaps better known for its 100% owned 1 million-ounce Glenburgh gold project in the Gascoyne region of Western Australia, where drilling has confirmed a higher-grade core at an average grade of 4.1gpt with shallow hits around 8gpt.

A 2013 feasibility study on Glenburgh outlined a robust development opportunity, and the greenfields Glenburgh belt, with its geological similarities to Tropicana is full of exploration upside. However, recent work on Gascoyne’s 80%-owned 750,000oz Dalgaranga brownfield project in the Murchison region seems likely to reschedule which project will be the company’s first into production.

The detailed scoping study just completed on Dalgaranga has been able to incorporate a huge dataset of monthly records from the mine’s previous life during the 1990s under the management of Equigold.

As the Gascoyne team began to run Equigold’s operational figures into the scoping models, a new flagship asset began to emerge.

“They ran the operation very lean, and even with a basic gravity circuit it had in the original flowsheet, they were averaging over 95% recovery,” Gascoyne managing director Mike Dunbar said.

“Dalgaranga was a great operation for Equigold. They went in there with a low capital cost solution and a plant that was relatively low in power requirements per tonne of ore. So it was a much more profitable mine than some of the other projects in the region that are treating very hard rock and are comparatively inefficient.

“It was only a few months ago when we re-evaluated the new mining costs we were provided by a contractor that the advantages of Dalgaranga’s soft ore really came to the fore. The operating cost advantages of free-dig are obvious, but for a junior developer, capital cost in this market is absolutely critical, and getting that down is the key.”

The recently completed study of the project forecast a capital requirement of $A37 million (about half the Glenburgh cost) and sketched a cash operating cost of $813/oz along with all-in sustaining costs at $1025/oz. These rates were achieved through natural advantages in mining technique, power usage, labour needs and dependence on consumables.

Dunbar emphasises that the streamlined character of Dalgaranga’s historic operations, including free-dig mining, would be essential to its success as a reinvigorated open pit under Gascoyne.

“Because you don’t need to blast every tonne of rock that needs to come out of the pit, that saves around a dollar per tonne,” he said.

“And when you actually do the sums on it, that equates to more than $100/oz saving, probably close to $150/oz in savings. That’s a huge differentiator for us.”

The scoping study base case for Dalgaranga contemplated a 1.5-million-tonne-per-annum process plant generating initial production of 320,000oz over six years. Total revenue was projected at $612 million, with a 16-month payback period and a 74% IRR. An upside case extended mine life out to 10 years producing 580,000oz.

Beyond the advantages of exploiting free-dig material, Dalgaranga enjoys a much softer ore type than most regional contemporaries, allowing for easier grinding which further reduces operating costs.

“The Bond ball mill index from historical testwork is only 10.5. That’s around half the hardness of similar operations in the region, so the power usage is about half,” Dunbar explained.

“It also has low reagent consumption and the historic flowsheet at Dalgarana was relatively simple, further reducing staffing requirements.

“All of that adds up to much lower operating costs and as a result a much more profitable operation – and you can see that in the way it was originally operated in the 90s.”

Gascoyne scooped up the project from a local prospector in 2012. With a more robust gold market and today’s advances in 3D resource modelling, the company targeted extensions to the Gilbeys deposit and discovered the higher-grade Golden Wings deposit. This has resulted in a 100% increase in the resource base.

The project’s Golden Wings discovery has now grown to 70,000oz thanks largely to Gascoyne’s ongoing drilling and 3D modelling. Recent intersections not yet included in the resource have included 21m at 4.5gpt gold. The company believes the 500sq.km Dalgaranga project area is highly underexplored and anticipates further resource growth.

“There is no native title over the area which has allowed rapid grant of the new mining lease. It’s a fantastic outcome for us, and the recent scoping study offers a launching pad for Gascoyne. We’ve already started the prefeasibility study. It’s quite exciting times.” Dunbar said.

Dalgaranga’s base case production target from the scoping study stands at 7.5Mt grading an admittedly modest 1.4gpt gold for 330,000oz, but Dunbar says the Dalgaranga goldfield has some fantastic natural attributes that make it worth more than other projects with 2gpt grades.

“If you can make more money with lower grades, recoveries or utilisations, that’s fantastic. You’ve got to look at it more holistically. We’re not actually in the business of pouring gold bars – we’re in the business of making money for our shareholders.

“Too often we as an industry forget that.”

*A version of this report, first published in the July-August 2015 edition of RESOURCESTOCKS magazine, was commissioned by Gascoyne Resources.

Greenfields will be hardest hit in downturn 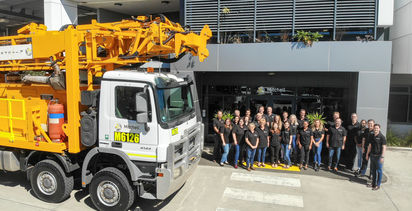