THIS freshly funded uranium developer doesn’t need to wait around for the nuclear fuel’s much-anticipated price surge. Its latest analysis has forecast a profitable uranium operation even in today’s market. By Justin Niessner – RESOURCESTOCKS* 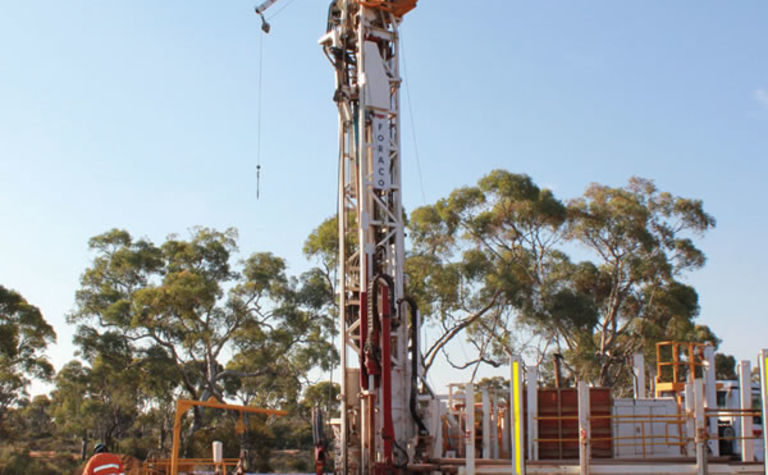 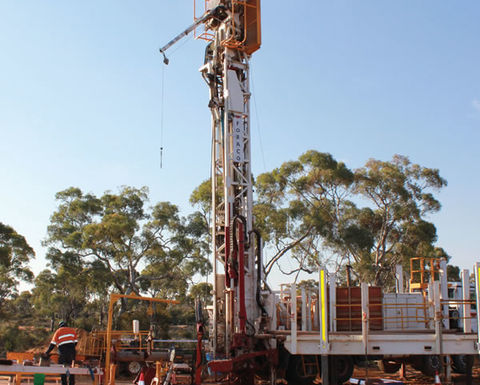 Vimy Resources thinks a lot about the future while working on the present. With one eye on the Eocene sands at its Mulga Rock uranium project in Western Australia, the company also looks forward to an increasingly undeniable eruption in Asian nuclear power demand.

If fact, future planning underlines the Vimy motto “mining a cleaner tomorrow”, which encompasses a kind of multipronged vision statement targeting safe mining, clean mining and clean energy. This ethic – and the project it’s applied to – have not gone unnoticed, as one of the company’s latest development milestones has included a $A30 million financing package with uranium-savvy private equity group Resource Capital Fund.

In May RCF effectively underwrote Mulga Rock expenses through to the project financing stage by agreeing to subscribe to a $5 million share placement as well as offering $25 million in a royalty and bridging loan, the latter two of which are undergoing final due diligence at the time of writing.

“The thing about these deals is, when guys come in to look at you and you open everything up, you run the risk of someone saying your story’s full of holes,” Vimy chief executive and managing director Mike Young told RESOURCESTOCKS.

“But RCF came in and said, ‘you’ve got a good story here, and your team is good.’ That was great. It’s something you can’t crow about in a press release, but it was really good.

“The beauty of the debt component of it is that it’s at option. If the market improves and we want to do equity instead of dipping into that debt, we can. If somebody comes out of left field and project finances it early, we can do that. We worked really hard with RCF together on this – it wasn’t a ‘take it or leave it’ offer.”

Young leads an experienced leadership team at Vimy, with credentials including stints in his native Canada and WA’s massive Koolyanobbing iron mine as well as a central role in steering BC Iron from a one-man company with no office into one of the iron sector’s top ASX performers. During the 1990s, he became one of Australia’s best 3D mine modelling operators, helping usher the use of Maptek’s Vulcan software application from an archaic Unix system to a Microsoft interface.

“In that time, we did a lot of feasibility studies, and I kind of developed an innate sense of what makes a mine and what doesn’t. A lot of guys would come in with stars in their eyes, saying they’ve got this great deposit, but they really don’t.

“It’s almost binary in my brain that you’ve either got a mine or you don’t, and when I was shown Mulga Rock, I looked at it and said, ‘yep, that’s doable.’

“It’s got simple geology, simple mining, and pleasingly, simple metallurgy, and it’s in the middle of nowhere – it’s got everything going for it. So I jumped on board and nothing’s disappointed me. All the surprises have been on the upside.”

Geologically, the project 240km east of Kalgoorlie presents a supergene uranium deposit where carbon and organic materials have formed a trap for precipitated metals in a flat-lying orebody of sediments. It’s essentially a horizontal configuration of a classic uranium roll-front formation, which allows for a strip mining approach that will rival the efficiency of even the highly economic uranium extraction method of in-situ leaching.

According to scoping work done earlier this year, Mulga Rock is the only preproduction uranium project in Australia with output costs modelled under the $US55/lb mark.

“If we were in production today, we’d be making money,” Young said.

“So we won’t be going out to the market saying, ‘once the price hits $60/lb, we’ll make money.’ When the price hits $60/lb, we’ll be making a lot of money. The last time a scoping study was done on this deposit, the C1 cost was around $40 for life of mine, and the C1 cost is now about $30 before base metal credits. So it’s dropped by at least 25%, which is really significant.

“And there are other wins we’re going to have because we’ve done more testwork since the scoping study was done. The mythology has always been that the metallurgy for this deposit was too difficult because people were overthinking it and wanted to calcine it. No one ever did detailed wholistic testwork with beneficiation. So we’ve had a lot of advancements.”

Additional cost savings are expected to be achieved thanks to the project’s 13:1 strip ratio and the practical benefits of being able to employ large-scale mining techniques.

While the scoping study presumed the use of a combination of bulk mining techniques and truck and shovel, new plans are considering massive coal mining technology, including bucket-wheel excavators and draglines.

Young says the strip mining approach with allow for real-time rehabilitation, with pits filled in by tailings as the mine advances.

“In our initial discussions with the regulators, they quite liked that, because the tailings are dead and buried below the vegetation zone. A lot of other mines have to store their tailings on the surface.”

“We have been granted mining leases, and we’re in a very benign part of the world – it looks like Lawrence of Arabia,” Young said.

“This is sand hill country with low rainfall. There are no ephemeral creeks, no lakes, no megafauna and the nearest town is Laverton, 220 km to the north.”

This geographic and geologic edge channels via a sturdy global nuclear outlook into a project tipped to deliver 47Mlb of uranium over a 16-year mine life starting as early as 2017-18. At the core of the plan is the company’s strong faith in Mulga Rock’s viability and Young’s unswerving philosophy about practical asset development.

“My view of delivering value is to move something towards a mine,” he said.

“A lot of different people in this industry run different agendas, and all I want to do is start a mine. I can see in my mind’s eye cutting a ribbon on opening day. That’s how my brain thinks – that’s where we’re going.”

*A version of this report, first published in the July-August 2015 edition of RESOURCESTOCKS magazine, was commissioned by Vimy Resources.

Uranium mine closes after 40 years Superior doubles down on uranium