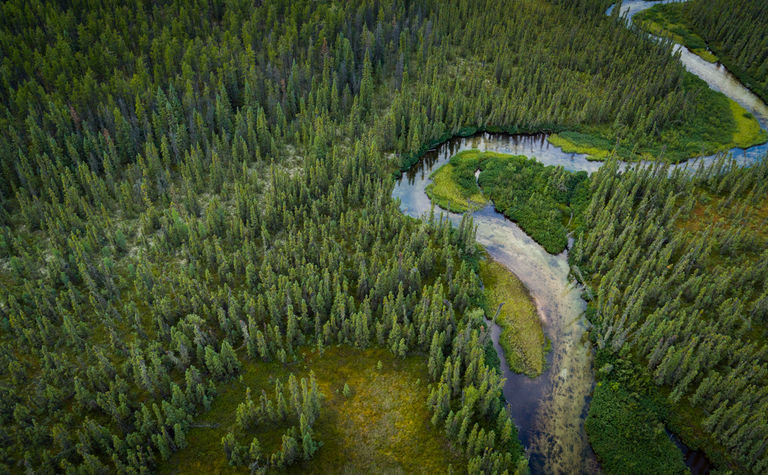 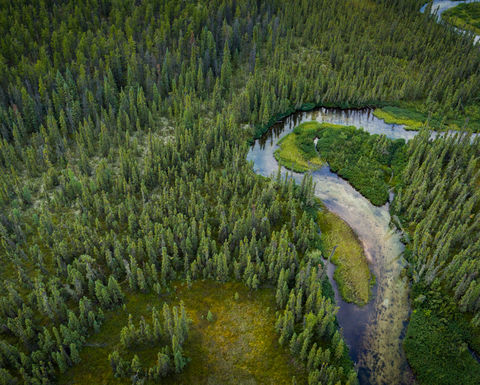 And once developed, Rook I will be capable of producing up to 30Mlb/pa of uranium, which would be the equivalent of about a quarter of the world's total uranium production today, he added, meaning that Rook I can help replace production from Canadian mines that are coming offline between now and 2030.
Canada is one of the world's main producers of uranium, predominantly in the Saskatchewan region. And while small quantities of that uranium are supplied to domestic nuclear reactors, most is exported.
Australia-born Curyer, who founded Vancouver-based NexGen over 11 years ago, is

Leigh Curyer, founder and CEO
not hiding his excitement about Rook I. "An enormous amount of work has gone into it," he said. "We have a strong team in place to take the project into construction."
NexGen, which bought the Rook I property from Toronto-based Mega Uranium in 2012, completed a feasibility study in 2021 and aims to complete front-end engineering design by the end of 2022. Permitting decisions are pending before a final investment decision can be taken.
On June 21, 2022, NexGen announced it had submitted a draft environmental impact statement (EIS) to the Saskatchewan Ministry of Environment and the Canadian Nuclear Safety Commission (CNSC). The CNSC announced its acceptance of the draft EIS shortly after.
NexGen is continuing to advance the environmental assessment and licensing activities towards the submission of the final EIS and licence applications required from the provincial and federal regulators. The company also continues engagement with regulators and local communities. The public comment period closed on October 12.
Curyer said the company had a "fantastic relationship" with local communities including Indigenous groups in the area. The EIS submission included letters of support for the Rook I project from the Clearwater River Dene Nation, the Buffalo River Dene Nation, and the Buffalo Narrows Dene Nation, all of whom have benefit agreements with NexGen that define the environmental, cultural, economic, employment, and other benefits to be provided to the communities in respect of the project.
If the development goes ahead, the permitting basis for the Rook I project is a 24-year operational period. Once production is up and running, the uranium will be exported to demand centres such as the US.
"The US is still the largest nuclear power producer in the world," said Curyer. "Then you have expansions and life extensions of reactors in countries like the UK and France. On top of that, China plans to build 159 new reactors over the next 10 years."
In other words, security of demand does not seem to be an issue.
The outlook for uranium consumption growth is "incredibly strong," the CEO said. "On the one hand, electricity demand is on the rise globally. But there is also growing demand for energy from non-carbon resources in the wake of the Paris Agreement in 2015.
"There is as yet no alternative to nuclear for producing low-carbon baseload power," said Curyer. "There is hydropower, of course, but that is highly dependent on geographical location. It is an indisputable fact that if you want low-carbon baseload energy then nuclear is the answer. Wind and solar are still a long way off producing baseload power.
"I don't think there is a nuclear renaissance just in the West - it is in the entire world," he added. "You have China and India as well."
Curyer has over 20 years' experience from the resources sector and his project assessment experience with uranium has, in addition to Canada, been focused on assets in Australia, USA, Africa, Central Asia, and Europe. He was previously head of corporate development for Accord Nuclear Resource Management, where he assessed uranium projects around the world for First Reserve Corporation, a private investment firm with a focus on energy. Prior to that, he was the chief financial officer for Southern Cross Resources (now Uranium One).
Back in 2011 when he founded NexGen, Curyer noted, the appetite for uranium exploration was generally very low. The outlook for uranium demand was highly uncertain; the Fukushima disaster had cast doubts over plans for new reactors and the event prompted Germany to announce a total nuclear phase-out - something it has not yet fully completed.
Despite the headwinds for the industry at the time, Curyer remained optimistic. And in 2014, NexGen made the Arrow Deposit discovery, which is part of the Rook I property. The Arrow Deposit is currently the largest development-stage high-grade uranium deposit in Canada. The property consists of 32 contiguous mineral claims with a total area of 35,065ha. All claims are 100% owned by NexGen.
As with other deposits in Saskatchewan, the uranium in Arrow is incredibly high grade, said Curyer, up to 100 times the average in other parts of the world. Mineralisation is expected to occur 100m below the surface.
Rook I is expected to be capital-intensive but with high rewards. The total initial capital cost for Rook I is estimated at $1.3 billion. Average annual after-tax net cash flow is estimated at more than $1 billion for the first five years, while the average for the 11-year period is estimated at more than $760 million per annum.
Assuming uranium prices of $50/lb, which is NexGen's base case, Rook I's after-tax net present value would be C$3.45 billion while NPV would rise to C$4.87 billion if uranium prices were to reach $65/lb.
Uranium may currently be hovering around $50/lb but prices have been volatile in recent months. However, Curyer said he is bullish on the outlook. Prices have crashed in the past after hitting around $140/lb in 2007 and $70/lb in 2011 but the recent upward trend is here to stay, he said. "The marginal cost of producing uranium requires prices far higher than where spot prices are today."

NexGen Energy is a Canadian company focused on optimally developing the Rook I Project into the largest low cost producing uranium mine globally, incorporating the highest levels of environmental and social governance. The Company has a strong portfolio of highly prospective projects, including the Company's 100% owned Rook I property that is host to the high-grade Arrow Deposit (discovered February 21, 2014), South Arrow (discovered July, 2017), Harpoon (discovered August, 2016), Bow (discovered March, 2015) and the Cannon area (discovered April, 2016).

NexGen Energy is a Canadian company focused on optimally developing the Rook I Project into the largest low cost producing uranium mine globally, incorporating the highest levels of environmental and social governance. The Company has a strong portfolio of highly prospective projects, including the Company's 100% owned Rook I property that is host to the high-grade Arrow Deposit (discovered February 21, 2014), South Arrow (discovered July, 2017), Harpoon (discovered August, 2016), Bow (discovered March, 2015) and the Cannon area (discovered April, 2016). 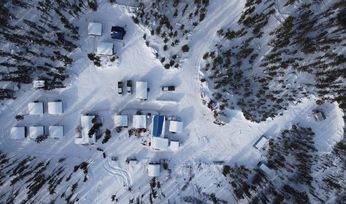 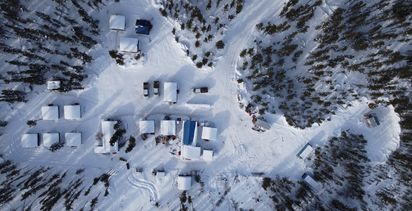 NexGen to conduct largest ASX listing by market capitalisation since 2018