Most comprehensive program in four decades

Explorer Stavely Minerals is embarking on a major regional program across its namesake copper-gold project in Victoria.

While the known prospects in the Stavely Volcanic Belt are partially exposed in a small window of sub-crop extending over about 20km of strike, the other 95km of strike is concealed by younger cover.

The planned exploration program will be the most comprehensive in the region since the 1970s and comes after geologists identified and prioritised 19 regional targets.

What is most exciting to Stavely is that most of the targets have never been previously tested.

The company's confidence of making large-scale porphyry discoveries in the region grew earlier this year when it hit "blind" mineralisation under 30m of cover at the Toora West prospect.

Stavely was a first mover in western Victoria in 2013 and has amassed a large landholding.

Executive chairman Chris Cairns told the recent Boom in a Room Investor Conference that the potential for discovery was "immense".

"It's really important that people stop thinking of Stavely as only the Cayley Lode. There are so many opportunities out there now," he said.

"The Cayley Lode is of such a grade that it will transport almost anywhere, so if we have a major low-grade discovery, the Cayley can truck  to a plant located at that discovery."

The Cayley Lode is a Magma/Butte copper lode-style system, a first in Australia, which has been defined over a 1.5km strike length, 300m depth and averaging 10-50m thickness.

The company has been drilling at the Cayley Lode since then, though land access issues paused the resource drill-out.

A legal agreement has been reached and Stavely expects to restart the resource drilling program in December with four rigs.

The maiden resource for the top 200m of the discovery is expected by the end of the March quarter, which will underpin a scoping study to be completed by mid-2022.

Cairns told shareholders at the company's AGM last week that it was "all hands on deck" with the 4-rig resource program set to kick off at the Cayley Lode on 1 December and diamond drilling already underway at the Toora West porphyry target.

The drilling will test a shallow porphyry target where the potassic zone commences around 30m below surface.

"There's a lot of excitement around the company at the moment," he said.

Big-ticket survey a 'no-brainer' for Stavely

Company believes initiative could provide the next generation of copper targets 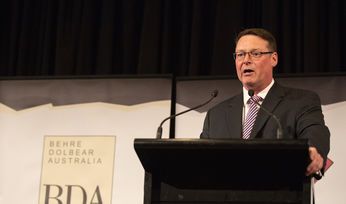 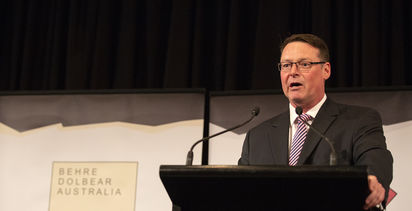