When Juan Pablo Vargas de la Vega, in 2017, found what he decided was the best lithium salt flat in Argentina, he knew what he had to do. He quit his job as a stockbroker analyst in Perth and sold his car to begin the journey that would lead to the float of one of the new critical minerals stars, Galan Lithium. 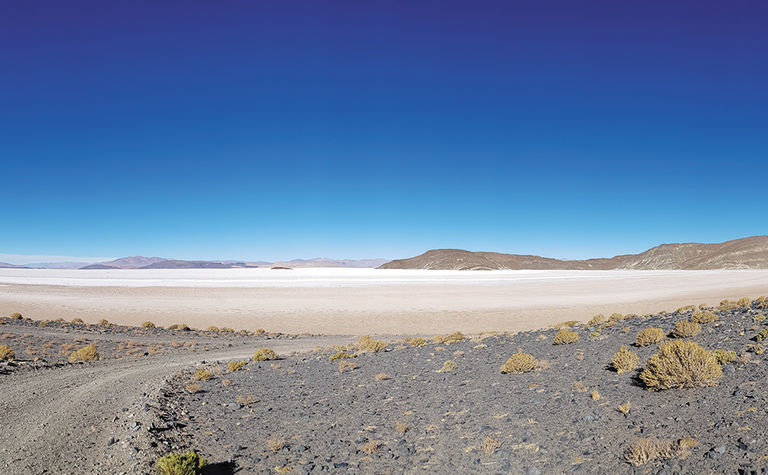 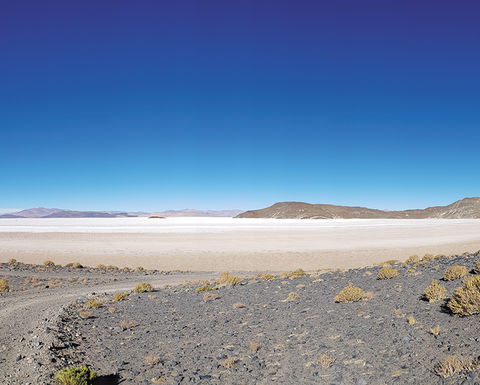 That company is now worth more than $230 million and has Chinese battery maker Jiangxi Ganfeng Lithium and Luxembourg green fund Thematica on its share register.

The timing has been good for both Galan and Vargas de la Vega (everyone calls him ‘JP') with the electric vehicle and battery storage stories gathering pace by the week. Orocobre, which is up and running as a lithium producer in Argentina, reports in its June quarter sales figures that, over the over the past nine months, it has recorded a 170% increase in lithium carbonate prices.

The ground Vargas de la Vega wanted just happened to be in the huge Hombre Muerto salar project, one of South America's two premium lithium producing spots. But he was confident. "I knew if this proves to be right, I've got a company," he now recalls.

Hombre Muerto is located in the ‘lithium triangle' of South America, the brine-rich zone that spreads over northern Argentina and Chile and southern Bolivia. This triangle contains 58% of the world's known identified lithium resources in vast salt flats, or salars, where the lithium is extracted from brine by evaporation.

The Salar del Hombre Muerto, as it is known in Spanish, is the source of the world's purest lithium brine. It is located high in the Andes, 4,000m above sea level. This salar, along with Atacama in Chile, at present produces 40% of the world's lithium.

But no one he had first approached in October 2017 was interested in stumping up cash. Not fazed by this, Vargas de la Vega quit his job to work on the project full time and sold his car to help pay the bills. Back he went to Argentina and stayed there until he got the signed options agreement.

The next step was forming a company; with that done - and named Blue Sky Lithium - and now also with the option agreements to wave in their faces, there were enough private investors to start the ball rolling. Then he acquired the shell of junior explorer. On August 15, 2018, the company began trading as Galan Lithium on the ASX.

Vargas de la Vega, while the public face of Galan, is keen to share the credit: he says the great progress could never have been achieved without a hard-working team in a remote part of Argentina or full support from other board members. "It's been a total team effort," he says. 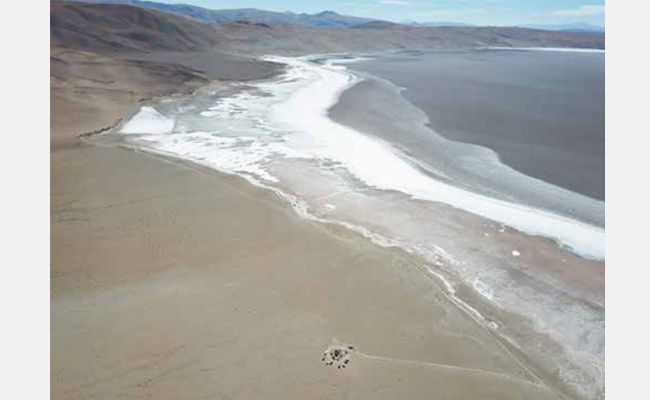 The lake at Hombre Muerto

The company owns two projects on the salar. Candelas is a 15km-by-3.5km-wide valley where drilling has indicated the potential to host a substantial volume of brine and has a JORC resource of 685,000 tonnes of lithium carbonate equivalent (LCE).

For a while Candelas looked as if it was going to be the lead project for company's development, but over the past year Galan has switched its main effort to the other Argentine project, Hombre Muerto West (HMW), which is on the western perimeter of the salar. It adjoins Livent Corp's existing lithium mining operation, that company having been involved with lithium since the 1940s (when it was Lithium Corporation of America and working closely with the US government to develop lithium technologies).

HMW has a resource of 2.3Mt tonnes of LCE at 946 milligrams per litre; with Candelas, the overall project now holds 3Mt of resource, but with the potential to be increased when the company's other concessions are included.

‘This change has caught many by surprise, even analysts I know did not foresee that the switch to electric vehicles would be quick'
- JUAN PABLO VARGAS DE LA VEGA, MD

A preliminary economic assess-ment found HMW can produce 20,000 tonnes a year for 40 years at an initial operating cost of US$3,518 a tonne - and this took into account only 60% of the resource. The key to the economics is the high grade com-bined with a low level of impurities.

Earlier this a year a lithium consul-tant's report confirmed that HMW's brine quality showed it can be more than competitive for the potential production of battery grade lithium carbonate. The report also said this could be achieved by using existing proven technologies.

There is a third project, this time a hard-rock spodumene one. Greenbushes South is located just 3km south of the world-class Greenbushes lithium mine operated by Talison Lithium. Galan, earlier this year, bought an 80% interest from Lithium Australia NL in the 43sq km project.

In June Galan reported that it had completed reconnaissance field work, along with preliminary sampling and mapping, at Greenbushes South. The company said the mapping indicated the major geological structure that hosts the Talison mine.

Meanwhile, HMW continues to make strides. In one recent development, the company has found that, by increasing the size of the evaporation from 5.5 million sq m to around 7Msq m, it will be able to develop HMW in two stages, rather than one. This will improve the capital cost profile, while lowering the initial outlay.

"The project yield of pre-tax net present value is more than US$1 billion already," says Vargas de la Vega. "This is a very conservative estimate with fantastic numbers already." A feasibility study will be completed over the next 12 to 15 months.

HMW will produce 25,000 tonnes per annum of LCE through optimising the terrain available to it. Stage one of the new pond plan will have the advantage of using the most favourable terrain and will minimise the upfront capital outlay per tonne of LCE produced. Stage two will, at a later time, increase the pond in a terrain with a higher level of incline, and there is ground to the west that could also be used for evaporation ponds. Evaporation tests have produced 6% lithium grade.

Vargas de la Vega believes that lithium is one of the great metals of the future and five years from now you won't be able to buy a car powered by an internal combustion engine.

"This change has caught many by surprise, even analysts I know did not foresee that the switch to electric vehicles would be quick."

But technology has a habit of taking people by surprise. "You can see a photo of a New York street taken early last century with horses everywhere - but in another photo taken just 10 years later there is not a single horse.

"In the early 1990s, no one had a mobile phone, then VHS meant the end of Beta, and then CDs and cassettes were superseded. But batteries are here to stay," he added.

Brine projects in high-grade salt flat in the Lithium Triangle 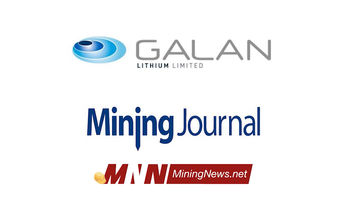 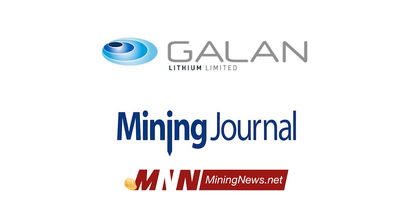