AMANI Gold is moving back onto the radar for investors with the resumption of drilling at its 2.4 million-ounce Giro project and an acquisition to dramatically increase its footprint in the Democratic Republic of Congo. 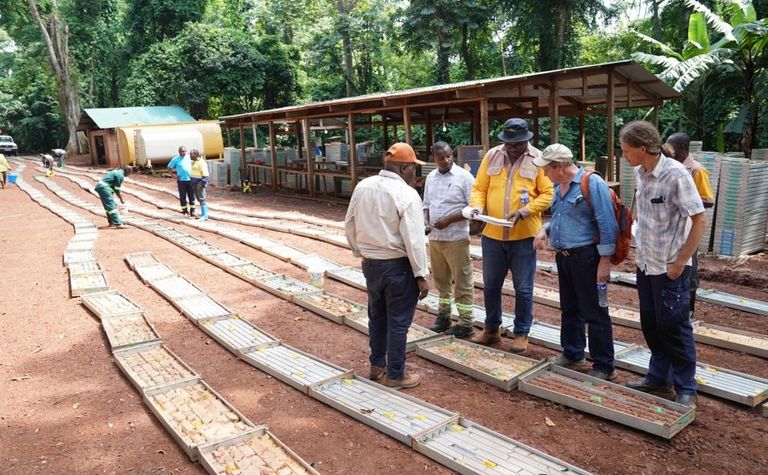 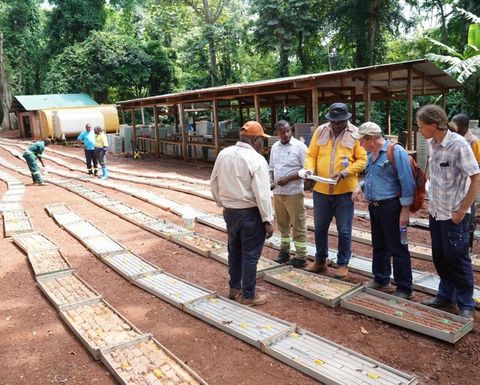 The DRC-focused gold explorer has been out of the spotlight, despite the kind of exploration success and a resource base that would generate headlines for any junior focused on WA's eastern goldfields.

But a revitalised board, chaired by Klaus Eckhof, has put fresh support behind Amani and is serious about hitting a target resource base of more than 10Moz. The new board also includes executive director Grant Thomas, whose CV includes a major iron ore discovery during his years with Rio Tinto and a multi-million-ounce gold discovery while at the helm of Tianshan Gold.

Eckhof has a track record in the DRC to match Amani's ambitions. He was the driving force behind Moto Goldmines, which drilled out a multi-million-ounce gold resource at Kibali, just 35kms east of Amani's Giro project.

Moto was sold in 2009 for about US$500 million to Randgold Resources and AngloGold Ashanti. Randgold was subsequently bought by Barrick last year, with one of the main attractions being a 45% stake in the Kibali mine, which is expected to produce 750,000oz in 2019. The total resource base is now 25.5Moz.

Amani's 55.25%-owned Giro project is in the same Moto greenstone belt as Kibali, and features the same style of gold mineralisation and structural setting. The project sits within two licences with a total area of 497 square kilometres, which is dotted with hundreds of small pits that continue to be worked by artisanal miners.

In 2017, Amani had completed enough drilling to estimate an indicated and inferred JORC resource at the Kebigada deposit of 45.6Mt @ 1.46 grams per tonne gold for 2.14Moz (at a 0.9 g/t cut-off). Drilling has outlined a main zone of mineralisation along a strike length of 1.3 to 1.5km, with widths of up to 400m and depths of more than 300m.

Drilling is set to resume within weeks after a two-year hiatus, funded by a recent $3 million placement, fully underwritten by Hartleys. A 3,500m program of RC and diamond drilling will test for higher grade gold at depth and complete in-fill drilling at Kebigada.

The program also includes reconnaissance drilling to the north of a satellite deposit known as Douze Match, where Amani recently announced maiden resource of 4Mt grading 1.8 g/t gold for 230,000oz.

Amani managing director, Jacky Chan, said the targeting of higher-grade gold at Kebigada offered the most exciting upside in the near term.

"Higher grade mineralisation is a feature of the Moto greenstone. At the neighbouring Kibali mine, the 8Moz of proven and probable reserves averages 4.1 g/t gold, which makes it a really world-class gold mine.

"We have already had strong, high-grade hits at Kebigada, including 47m @ 4.13 g/t from a depth of just 25m. The high-grade gold is associated with cross-cutting quartz stringers, and we will be chasing after that high-grade mineralisation model in the upcoming drill program. The deposit has yet to be tested at depths below 300m and is still open to the north, so there is so much more potential for additional ounces," Chan said.

While any growth in resource and grade from the drill program will be welcome, Amani already has more than enough ounces to justify a prefeasibility study at Kebigada. Work on the PFS has been accelerated under the revitalised board, and is due for release in mid-2020. 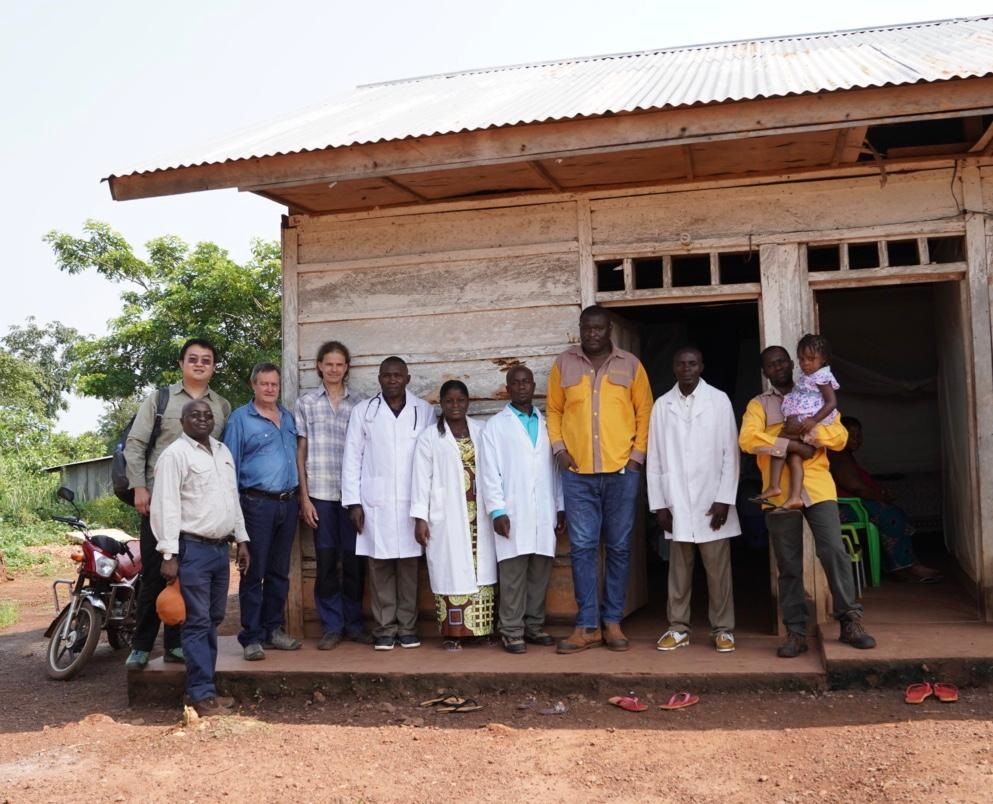 The PFS will be interesting for the light it sheds on the costs of operating in the Moto belt at a much smaller scale than Kibali. While the region is in a remote corner of the DRC, it is serviced by a well-maintained road to Uganda's national capital, Kampala, which is only 150km to the east.

Amani also plans to step up gold exploration on a much wider front after announcing in May a memorandum of understanding to acquire a package of tenements known as the Gada gold project, 80km west of Giro.

The acquisition of Gada's 10 tenements with a total area of 3,160 square kilometres would represent a seven-fold increase in Amani's footprint and make it one of the largest tenement holders in the DRC in a proven gold district.

Subject to the completion of due diligence, the acquisition would give Amani an indirect 70% stake in Gada, with the balance owned by DRC's state-owned SOKIMO.

Gada is in the same gold-rich greenstone belt as Kebigada and Kibali. Exploration by previous owners has established a 10km long and open-ended mineralised corridor, at least 250m wide. Gold is hosted in quartz veins and structures that are open at depth.

Thomas said Gada would be a great addition for Amani. "We know the geology and mineralisation, which in fact has many similarities to the greenstone belts of WA's eastern goldfields.

"And we have proven at Giro that we know how to discover gold deposits in this part of the DRC. We are already fixing the road into Gada and we have teams ready to start mapping and sampling. We could be in a position to begin drill testing the best targets as soon as we complete the deeper drilling at Kebigada."

Chan said the scale of artisanal mining and the ease of finding nuggets in the soil were strong indicators of the region's potential for more gold discoveries.

"There is huge potential. When you look at major, mineralised greenstone belts in Australia or South Africa, the pattern is to have 1Moz to 3Moz gold deposits every 30 to 40km. At this time, there's only Kibali, our deposit at Kebigada and one to two other scaleable deposits around that region, but the geology suggests there should be more major deposits along the Moto belt." 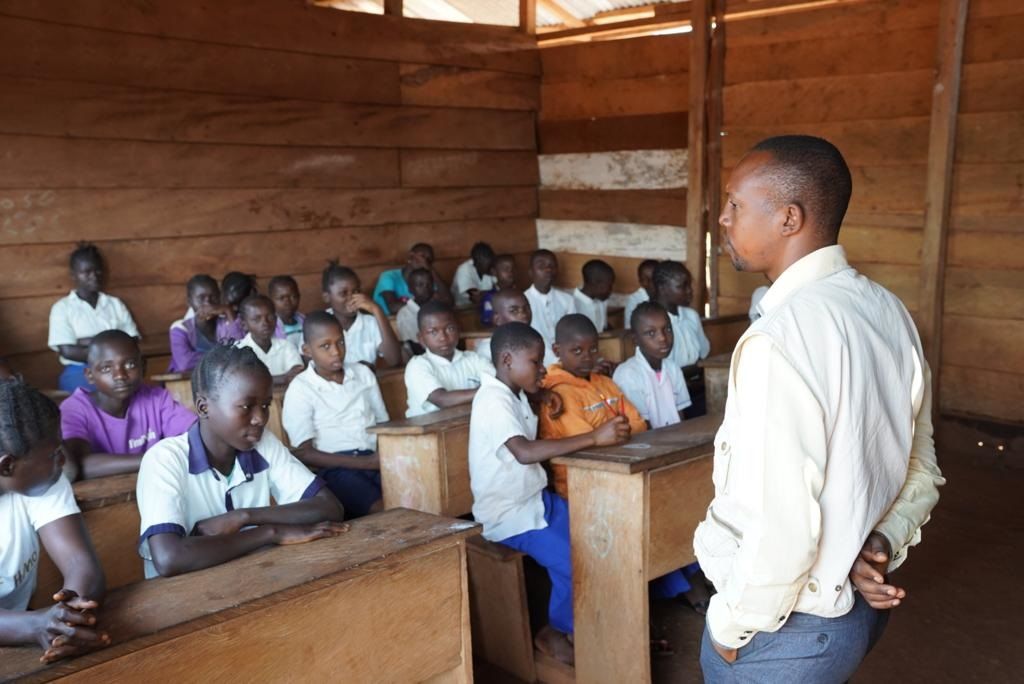 Chan said another major asset for Amani was the social licence it had earned over the past two years by improving the standard of living for local landowners and communities.

"We have seen many explorers around the world that don't do well at improving the local communities and that has cost them permission to mine. We are committed to ensuring that all our stakeholders are part of a win-win situation," Chan said.

Two years ago, Amani financed the construction of school and a medical clinic. The company kicked off the projects by covering the wages of local teachers and doctors, but these are proper social enterprises that have become self-funding. The school now has 300 students, while the clinic treats 1200 patients per year.

Chan said Amani, which takes its name from the local word for harmony, had also been working hard to help the artisanal miners move off the company's core exploration areas, without cutting them off from their livelihood.

"Amani has all the mineral rights on its licences, but we have taken a very pragmatic and humane approach and are working side-by-side with the artisanal miners, who are still extracting between 10 and 30 kilograms of gold every week.

"In fact, getting to know this group and working closely with them has encouraged us to look closely at a trial mining operation in areas surrounding Kebigada. With the right equipment and working alongside the artisanal miners, it should not be difficult to produce a meaningful cashflow to help support our accelerated exploration program," Chan said.

After so much patient and careful investment in both the local community and the exploration potential of such a promising frontier, Amani is well positioned to reap rewards. 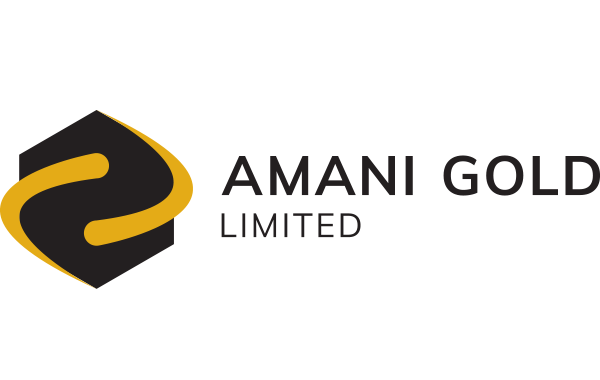 Getting backing for its gold growth plans and lithium demerger 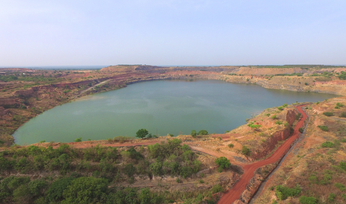 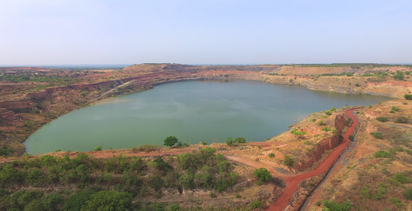