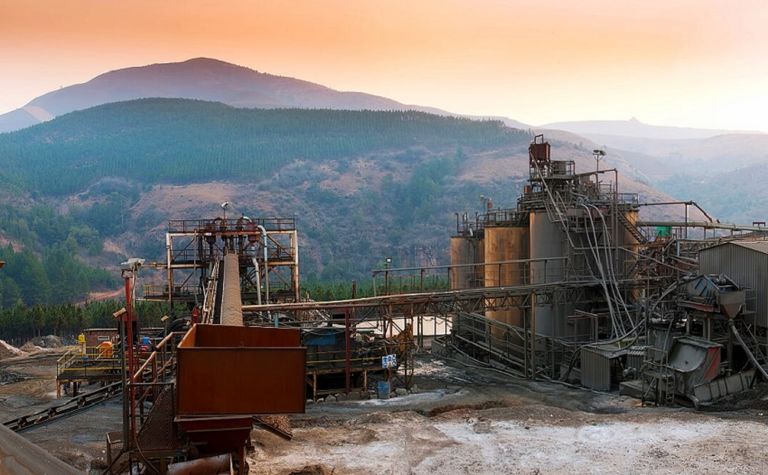 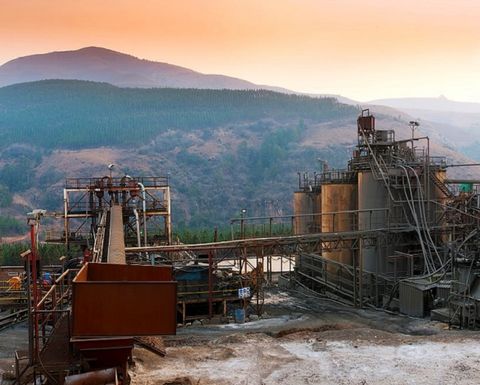 The TGME plant, pictured in operation in 2015, gives Stonewall a development headstart

The new management team has brought what they term an "Australian perspective" to the project in a country renowned for its deep underground mines, and a new scoping study on the Theta Hill deposit has provided proof of concept - that the historically-mined region has oxide, near-surface potential.

The company now has a full feasibility study underway, after the positive Theta Hill scoping study this week identified a low potential capex of US$16 million and an internal rate of return of 132% for a shallow, openpit operation.

The company is also looking to progress its pipeline of other openpit targets such as Vaalhoek (0.62Mt at 16.9g/t Au for 335Koz) as part of its aim to become a 100,000oz per annum producer.

"It's been a very positive year for Stonewall," chairman Bill Guy said.

And it isn't over yet - the company has exploration and resource conversion drilling underway, aiming for a maiden reserve at Theta Hill  in early 2019.

"We don't know of any new mine in South Africa this close to production in the next 18 months," he said.

The scoping study specifics are robust - the bulk of the peak $16 million capital drawdown is an $11.1 million refurbishment of the existing, permitted CIL processing plant about 2km away from Theta Hill by road. 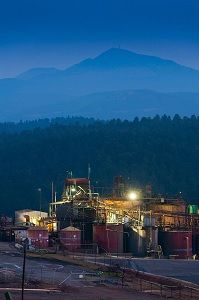 The refurbishment will include a new 1.2Mw ball mill and gravity circuit and expanded crushing and grinding to 500,000 tonnes per annum.

Theta Hill is expected to produce an average 67,000oz of gold annually over a 7.6-year mine life, with payback within eight months and all-in sustaining costs (AISC) estimated at US$569/oz.

The nature of the broken ground at Theta Hill, which was problematic during the drilling phase, will assist with mining mechanics meaning limited drill and blast requirements.

What helps put Stonewall ahead of its peers is its local subsidiary's gold mining experience, the permitted infrastructure in place and its new management team bringing a fresh perspective "to reawaken a giant goldfield," where the openpit potential had been overlooked and the area had seen little modern exploration.

"The situation is quite unique in terms of a low-cost restart," Guy said.

He said he was also yet to find a geologically similar gold deposit, globally.

"Here because of the geometry of the reefs, nearly every square inch of that ground has some exploration potential," he said.

"As well as having the vertical component in the Archean, we've also got the Protozoic sub-horizontal component within about 100m of surface.

"When you look around the world, it's almost globally unique in size and nature and to have vertical reefs as well - it's either two different gold systems or one giant system and the science is out, we don't know yet."

The TGME portfolio spans 620sq.km and is near the town of Pilgrims Rest, described as the birthplace of gold mining in South Africa.

The project itself hosts at least 43 historic, underground mines, while a river running through the tenements was the site for South Africa's national gold panning championships this month.

Managing director Rob Thomson said some 4Moz of gold is said to have been produced within 3km of Stonewall's plant, built by Rand in the 1980s.

"This really is a rich centre and we see this field coming back to its glory days," he said.

"We're looking for the windows into the opencut opportunities among all the underground mines."

He said the company under Stonewall had operated as a small-scale gold miner several times since it was put together as part of the 2012 ASX listing.

"They've treated tailings and done remnant hardrock underground mining - so all of the Black Empowerment Enterprise structures are in place and they all work," Thomson said.

"The plant last operated in 2015, remnant operating staff are on site and the company is fully connected to power, water and has a fully permitted tailings facility.

"The mine is essentially not on care and maintenance, it's as if we're still an operating mine so the decision to switch it back on is very straightforward."

Both Guy and Thomson have spent a lot of time in South Africa with the local team this year, to ensure everything is in place pending a development decision. 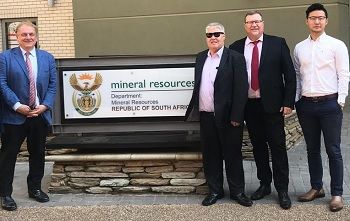 The pair were quick to say they were not overlooking the project's underground potential but were derisking the company, by first establishing a reserve for an openpit operation as a base case, then look for expansion opportunities.

They are particularly excited by the potential to enhance project economics at Columbia Hill and Vaalhoek.

Stonewall confirmed a shallow gold reef in initial drilling at Columbia Hill less than a year ago, with  assays including 1m at 20.4g/t gold within 8m at 4.34g/t from 27m.

Thomson explains they broke through the walled-up underground mine at Vaalhoek and took samples of oxide ore.

"We figured out it was pretty close to the surface and it looks pretty exciting," he said.

The company is hoping to convert Vaalhoek to a mining right in 2019 but in the meantime is focusing exploration on targets closer to the processing plant and Theta Hill.

"The level of opportunity for the company to capitalise on is there, and you can progress very quickly through the exploration phase," Guy said.

"Stonewall effectively almost has its own goldfield to explore."

The company has put its discovery costs at around $10-$15/oz for indicated resources, which management says puts it at one of the lowest on the ASX and ahead of most of its African-focused peers.

However its immediate focus is to prove up Theta Hill resources to reserves to prompt a market re-evaluation.

"There aren't many companies with almost 6Moz under management, and we know this just the beginning for us, with new open cut exploration targets already developing," Guy said. 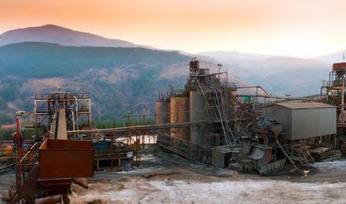 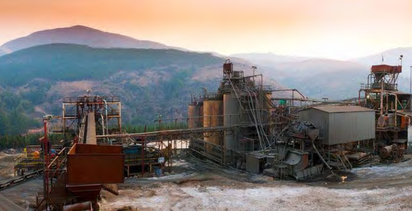