Mariana Resources’ capacity to actively work a high-quality, geographically diverse portfolio of exploration and development properties over the past five years has left the company with a wealth of opportunities outside the standout, 30%-owned Hot Maden gold-copper project in Turkey. A key focus is again Argentina, where the company has shown much prescience – and patience. 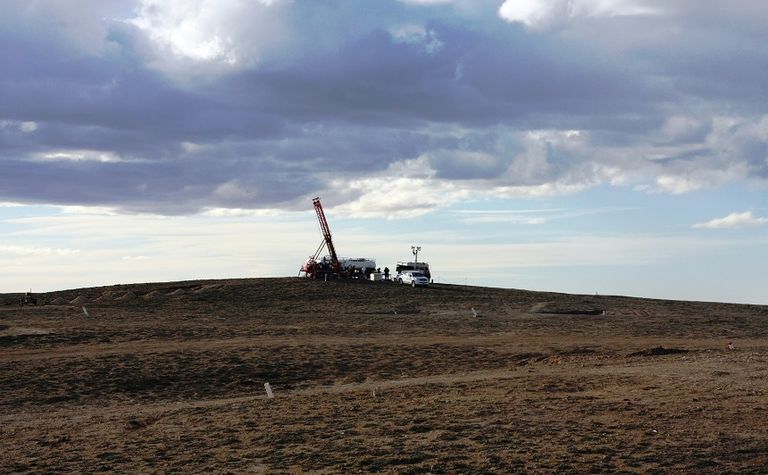 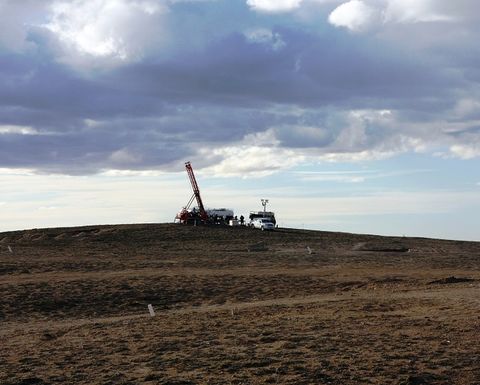 Investor attention has justifiably been fixed on the high-grade Hot Maden project as Mariana’s (AIM: MARL) shares have surged more than 270% since the start of the year, elevating its market cap to about US$88 million.

But as the milestones have rapidly accrued in Turkey – from the discovery hole in February, 2015, to maiden resource in August and then the recent striking update to 3.87 million oz gold-equivalent indicated and inferred – Mariana has been able to maintain its impressive track record of generating and exploring prospects, even if much of this work has been out of the spotlight.

Still, Glen Parsons, Mariana CEO, says gold and silver exploration in Argentina that built shareholder value in the company long before Hot Maden lit up its name and share price, is being reinvigorated as the country becomes a sought after LatAm exploration address, and precious metal prices strengthen.

North American investors, in particular, are looking for avenues into Argentina’s resources sector as the country’s pro-mining government and foreign-investment friendly political settings refocus attention on its undoubted mineral potential.

“Our next most advanced asset is certainly in Argentina where, before the downturn, Mariana had a significant market capitilisation based on Las Calandrias,” Parsons says.

“Our belief in a short- to mid-term repositioning of Argentina has paid off, and now we’re pretty well positioned to take advantage of these positive changes.

“We really are quite bullish on the country. Mariana has been operating in Argentina since 2007 and as a result of our history and continuous activity there we are not coming in cold as others are, indeed we are ahead of the pack. Las Calandrias was Mariana’s flagship asset up until 2012 and is now being revisited in terms of both its development potential - especially the high grade La Calandria Norte vein/breccia system, and the oxide portion of the bulk tonnage La Calandria Sur discovery – as well as the significant upside potential for the discovery of new high grade veins.

“So it certainly warrants Mariana getting that value reinstated.”

The company has also generated promising early greenfields exploration results at another 100%-owned property, Los Cisnes, which is located to the south of Las Calandrias. Two main mineralisation styles are observed at Los Cisnes – the high grade silver-gold veins and breccias at El Brio, and the bulk tonnage rhyolite dome hosted gold mineralisation at El Solar.

To the west, Mariana has an internal resource on Sierra Blanca and this presents as a further opportunity worthy of ongoing assessment.

“We’ve got four project areas in Santa Cruz down in the southern part of Argentina,” Parsons says.

“Las Calandrias is really like a district play for us – we do have quite a large tenement holding. The base we are working from is the first disseminated gold resource, but we also have identified within this, the northern vein breccia resource area where we have around  50,000oz at roughly 10gpt. So there is an ability to grow that and that’s really what we’re looking at as we add to the high-grade story. Bozal to the North incorporates high grade vein targets which form part of this district play.

“Our team is concentrating at Los Cisnes, where surface sampling and scout drill holes from last year have intercepted bonanza-grade silver, as well as some gold.

“It’s still early stage but we have got some interesting results that are very worthy of following up.

“When we raised money in May this year [about US$8.5 million] we did say most of our money was earmarked for Hot Maden, but we would maintain our overall positioning strategy and with that exploration spend was allocated to Argentina , to further test some of these zones. We have shown over the years that we are financially disciplined and a little cautious and we won’t throw money down at Argentina if we don’t believe we’re going to get anything back.

“Groundwork has been laid and now with the potential we see it is worth pushing ahead.”

As well as its interests in Argentina, Mariana’s rapid progress and upcoming Turkey milestones have clearly reignited interest among North American investors. Mariana has just reinstated its Toronto venture exchange listing (TSXV:MRA) and executive director and chief operating officer Eric Roth says the company, which “has come a long way in a very short time”, has welcomed a number of Canadian and US institutional investors on to its register in recent months.

The company also maintains a US OTC listing (MRLDF).

“We want it to be as easy as possible for North American institutional and retail investors to trade the stock,” Roth says.

Mariana and its Hot Maden joint venture partner, respected Turkish private mining group Lidya, have completed about 12,000m of this year’s scheduled 20,000m drilling programme as they work towards completion of a prefeasibility study (PFS) in 2017. The continuing drilling includes infill and resource extension, geotechnical / metallurgical, and new exploration holes.

Further results are imminent, while Mariana is on track to release results of its own preliminary economic assessment (PEA) in October. The work is running in parallel with the joint venture PFS. 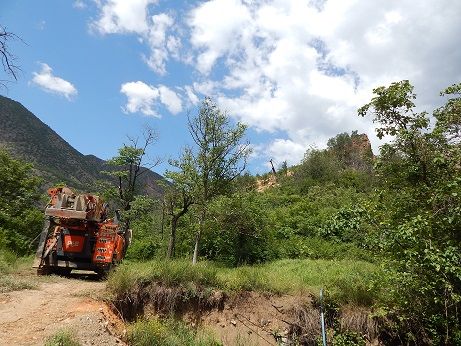 “The PEA is a really big step for us because it will be the first time people look at this as a complete package,” Roth says,” combining the resource we’ve just updated; it will put some mine designs around it and put some processing options forward, and of course wrap the whole thing into an economic assessment. Whilst adhering, of course, to best practice in both environmental standards and community relations.

“So it will be the first time people will really get to see what the project could look like and what it could be capable of generating. It’s undoubtedly one of the big catalysts for us going forward in the next few months.”

Parsons said ongoing drilling in the new Southern discovery zone, and the ‘Russian’ zone, where underground mining occurred up to 1923, further south of the main resource area, would keep results flowing.

“There is still plenty of exploration upside there,” he says.

Mariana had more than US$7.5 million in the bank at the end of June, and about $5.5 million of in-the-money warrants due for conversion over the next 6-12 months.

“We’re pretty well financed going forward all the way through to the end of next year,” Parsons says.

“We will be looking at project funding options next year as we go through the PFS.

“The market appetite for high-grade gold deposits isn’t diminishing. There aren’t many high grade discoveries like Hot Maden that can maintain such rapid advancement that’s for sure. This is certainly a standout. It will in one form or another be funded.”

Elsewhere in Turkey Mariana has 100% of the Ergama copper-gold porphyry prospect, an ex-Newmont Mining and Teck project in the far west of the country.

“That’s a high-sulphidation system,” Parsons says. “We’re looking at deeper porphyry targets as well as some high-grade veins as well. So we’re hoping to test with a few starter holes later this year.

“Ergama is another of the assets we picked up as part of the 2015 Aegean Metal Group merger that gave us access to Hot Maden.

“We continue to look for new opportunities and our main objective is have been trying to acquire projects that really offer economic scale. We have retained a bit of market leverage, in terms of our ability to raise money – it’s still not that easy to get pure exploration money – over the last 6-12 months we’ve been assessing opportunities where others have perhaps been a bit quiet.

“We have dropped properties as well. We are very disciplined in terms of how we go about assessing properties, and exiting them if it’s not working.

“But we certainly do see some opportunities out there and where we believe we can add value for our shareholders we will continue to try to leverage our position where it makes sense to do so.” 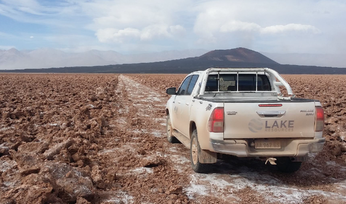 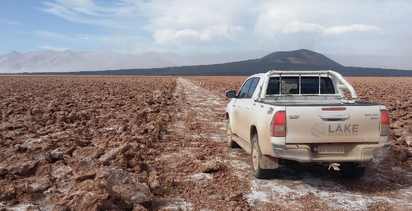