At Giga Metals' Turnagain project, the focus is capitalising on the green revolution 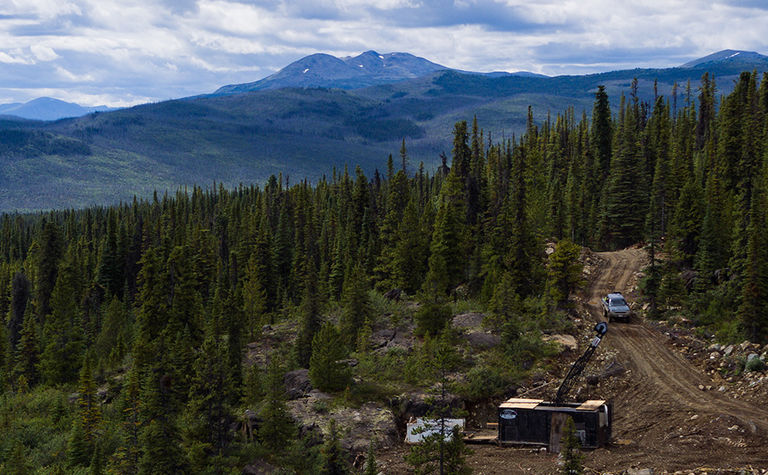 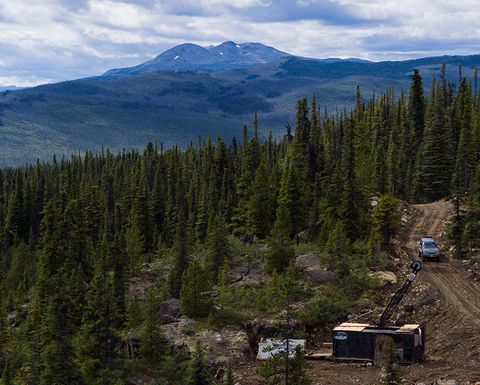 THE TURNAGAIN NICKEL project in British Columbia offers a compelling investment opportunity for those wanting to capitalise on rising demand for the key battery metal.

With demand for battery metals anticipated to grow sharply in the coming years, Vancouver based miner Giga Metals believes its Turnagain project in northern British Columbia could become a key source of supply, providing 37,000 tonnes per year of nickel over a 37 year mine life.

Turnagain holds a major nickel resource at relatively low grades. The 43-101 resource estimate registered 2.36 million tonnes of contained nickel in the measured and inferred category at grades of 0.22% Ni, with a further 2.48Mt in the inferred category at similar grades in addition to a significant cobalt resource. Higher nickel prices would allow the firm to unlock the potential of the deposit.

"By 2040 the world will need between 25 to 40 mines of the size of Turnagain in order to meet demand for nickel from electric vehicles alone," Mark Jarvis, Giga Metals' CEO, told ResourceStocks.

"If you look around the world, there are maybe 20 deposits of the right size, all of them marginal economically at current prices."

Jarvis has prior form in such matters. In the 1990s, on the Board of Ultra Petroleum, he staked a huge acreage in Wyoming and pioneered multi-stage frac jobs in a tight gas resource. The wells had marginal economics at low gas prices, but the potential resource was huge. When gas prices surged in the early 2000s, these wells became immensely profitable and Ultra Petroleum's share price ran from from below $1 to $150 per share.

"That taught me the lesson of leverage," says Jarvis. "The economics can be marginal at the low end of the commodity price scale, but if you have a huge resource and you catch the commodity price rise, the balloon effect on net present value is amazing."

Jarvis recognises the same opportunity with Turnagain, a project he took over in 2004 when the stock, under the previous owners, had been suspended from the exchange.

"I saw a huge deposit that hadn't been drilled out," says Jarvis. "We had a hole here, then another one half a kilometer away with basically the same results. There was still work to be done to prove the resource, but it looked like good odds that the deposit would be relatively homogenous over a wide area."

For the next five years the company raised capital, drilled the project and studied its metallurgy and engineering, but then, like so many other mining companies, Giga Metals went into hibernation as commodity prices plunged following the financial crisis.

That situation changed three years ago with the rising interest in securing supply for lithium-ion batteries, a vital component in electric vehicles. Nickel is a critical metal in the cathodes of these batteries, and battery companies invest heavily to try to increase the nickel content and thereby increase the range of their vehicles.

The renewed interest in the metal allowed Giga Metals to find enough funding to produce a preliminary economic assessment (PEA) that modeled producing an 18% nickel concentrate with 1% cobalt at the nameplate capacity of 37,000 tonnes per year of contained nickel.

Currently the company has teams on site, performing resource, geotechnical and hydro-geotechnical drilling to get the more granular data needed to advance the engineering studies to the prefeasibility stage.

The challenge, of course, is that Giga Metals is a tiny company trying to develop a potentially huge project. The project is in a semi-remote region, around 70 kilometers from a major highway. The company estimates an initial capex of $1.4 billion to bring the project to stage-one production and then another $500m to double production up to nameplate capacity.

The project is still too early stage to attract the attention of the world's major mining firms, especially after a decade of belt-tightening, but Jarvis says that Turnagain has attracted significant interest from potential strategic investors, including electric vehicle and battery firms, as well as trading houses.

Several factors allow Turnagain to stand out from its peers. Firstly, at around 180 million years old the deposit is far younger than most other similar nickel deposits - many of which are over a billion years old - allowing for simpler metallurgical conditions.

The second is that Giga Metals is exclusively targeting the battery metal segment, rather than the ferro-nickel market.

On the company's board is Bob Morris, a former vice-president of global base metals sales at Vale, the Brazilian mining giant. Another board member and the president of Giga is Martin Vydra, who handled nickel and cobalt sales during his career at Sheritt Interntational. Based on their advice, Jarvis is focusing the project on producing mixed hydroxide precipitate (MHP), expected to be the most in-demand product for battery makers in the coming years.

"We've done the testing and our concentrate makes a very high quality MHP, which is 49% nickel and cobalt, with low manganese and very low iron content," he says.

"It's a premium product that will fly off the shelves in a growing market where the payables are much higher than we would receive from a smelter."

Finally, with demand for battery nickel inextricably linked to concern for the environment, Jarvis says that the Turnagain project has a distinct advantage over the competition.

"We think we have a real shot at being carbon neutral," he says. The project operators are currently in discussions with local utilities companies to forgo the traditional hook up fee, saving the firm $150 million and providing access to local hydropower sources.

Studies show that the tailings would also sequester significant volumes of carbon over the life of mine. If, by the time the project reaches production, electric vehicles have advanced to be able to allow the fleet to run off the grid, the company would be able to reach Jarvis' ambitious goal.

"The market for nickel is heating up, and Western battery and car companies are realising that if they don't get involved in the supply chain, the Chinese will eat their lunch," he says. "They're looking around the world for alternatives. And right here in Canada they can feel comfortable that they're ethically sourcing their nickel and cobalt with us."

Giga Metals Corporation aims to be a premier supplier of the battery metals that will be needed as the world progresses to a future powered by clean energy.

Giga Metals Corporation aims to be a premier supplier of the battery metals that will be needed as the world progresses to a future powered by clean energy. 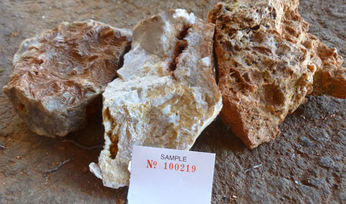 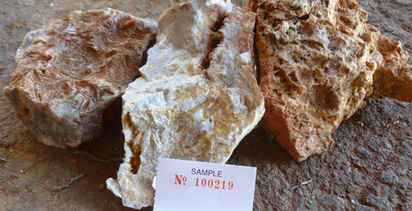