SARACEN Mineral Holdings managing director Raleigh Finlayson led the company through an exceptional FY19, adding value through consistent production from the Carosue Dam and Thunderbox operations in Western Australia, and via the drillbit. 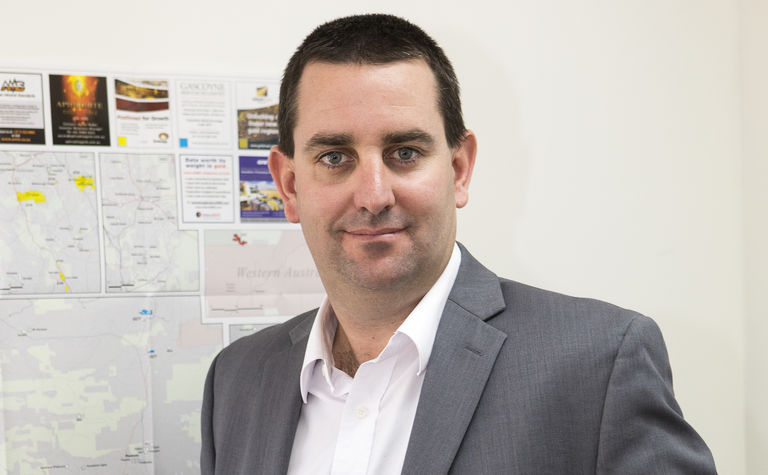 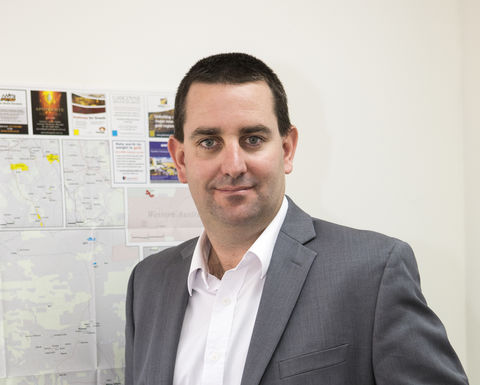 Shares in the Perth-based producer rose nearly 70% over FY19, hitting an all-time high of A$3.85 on June 25 and pushing the company's market value through $3 billion.

Saracen is yet to report its June quarter production results, but RBC Capital Markets is forecasting record production of 90,283 ounces, up from the March quarter record of 89,208.

Finlayson told MNN no matter Saracen's valuation, the market was appreciating its consistency, which has been a deliberate strategy.

"So if we're getting towards the end of the quarter and we're ahead, we'll look at things like bringing hedging forward and putting higher pricing out, or pre-paying bills, or putting low-grade through the last couple of weeks, which I think, other CEOs scratch their heads ‘what are you doing that for?'" he said.

"It's all about consistency and I think the market is in a no surprises world.

"Things are priced well in that group and by default, priced not to have hiccups, so for us, knocking the lights out probably does you an injustice because then the expectation is you're going to knock the lights out every quarter.

"There's a lot to be said for being acutely aware of where the market's expectations are."

The same has gone for M&A, with Saracen preferring modest bolt-on acquisitions, like its current $38.2 million acquisition of Bligh Resources.

"There's numerous opportunities for us to do those around us and that's going to be high-priority for the near-term," Finlayson said.

"That's not to say we won't look afield, but the size of the prize needs to be bigger and better than what we're doing to justify that."

So far, Saracen hasn't been tempted by large-scale M&A like its peers, given the exploration success it's had.

"We're still drilling at reserve discovery costs of $5/oz and we're currently getting paid $1000/oz in the market," Finlayson said.

"Obviously every drillhole we're converting to reserves is paying us pretty well in the market. M&A is probably $300-400/oz for a quality asset at the moment.

"If we did something funky, the market would be particularly reactive."

Saracen has been promoting its ‘flight to 400' strategy to take production to 400,000oz per annum.

Finlayson says it makes Saracen one of the few growth stocks among its peers.

More details on the flight to 400 will be announced in the lead-up to, and during, next month's Diggers & Dealers event in Kalgoorlie.

Saracen hasn't been paying dividends as it's been focused on growth, but will come out with a dividend policy shortly.

"We'll start paying cash tax this quarter, which is a great shame, so it's caught up with us," Finlayson joked.

"That means we can pay a franked dividend so that's always been the first criteria.

"There will be some capex during the first half of this year, predominantly. Beyond that, we're not going into a harvest period that lasts for two or three years, we're hoping the harvest period lasts six or seven years.

"Once we hit that trigger, we'll be in a position where we'll be ex-growth on spend , but also being able to put a sustainable dividend out and keep the momentum going on the drilling, which has proved us really well for the last couple of years and make sure we don't starve that as the result of paying a dividend."

Saracen spent a record $60 million on exploration and Finlayson said it's likely the spend will be similar this year.

"We're at 4x on a dollar spent per EV, we're at 4x any of our peers, which is interesting in a sense where you sit back and go ‘wow, is that warranted?'" he said.

"I think the proof is in the pudding with reserve growth always, and it gets to a certain point where if we can get out to seven or eight years, do we need to get out to 10 or 20? From an NPV point of view, it's probably not that justified."

"The point of difference for us is we've had assets that have only been discovered the past 20 or 30 years and have never been owned by a major," he said.

"When it's been owned by a major they go and drill it out and either find the behemoth or they move on. We haven't done that yet.

"We've just drilled out below what we've known and we then going along the corridor, we think we've got pretty prospective ground.

"For us, we need to go back and see what's actually along that corridor because we haven't done that properly yet and every time we do that, we're getting results. We figure we're better off putting money into our own backyard first before we start doing other funky stuff.

"It's pretty green from our perspective if it hasn't had drilling before. The fact that it's 4km away from our plant - it looks odd, but it's still greenfields."

Saracen's strategic advantage is its two large mills with a combined throughput of 6.3 million tonnes per annum. In the case of Carosue Dam, there's no other mill within 120km.

"That's a lot of tonnes being milled, which in tonnes milled, is larger than a lot of our peers, but we see as an opportunity for us to continue to put higher grades through, which increases out production profile without us having to build massive bits of infrastructure, which, as you know at the moment, is difficult for juniors and developers to do that with what's happened in the market," Finlayson said.

"That becomes a no-brainer for us. If we can find an orebody, it's going to be 10 times cheaper than buying at the moment."

Finlayson said now is the time to do it, when the gold price was high, to set Saracen up in case the price falls.

"We're looking at smarter ways we can get this rock out cheaper now, which will hold us in good stead for the next couple of decades hopefully," he said.

Unconventional thinking is also behind Saracen's success mining an underground grading less than 3gpt at Karari, and will play a part in plans to go underground at Thunderbox.

"Thunderbox will be a 2 gram underground, bulk tonnage, not a cave, which will be the first of its kind," Finlayson said, promising more details just before Diggers.

He cited the example of Nick Giorgetta at Equigold, then Regis Resources, and his team for being able to mine low-grade deposits where others would have struggled.

Aside from Giorgetta and Saracen founder Guido Staltari, Finlayson names former Fortescue Metals Group CEO Nev Power as someone he really admires for the way he grew FMG without bogging the company down in bureaucracy like other large miners.

"That's why I started following him - just watching how he was going about it and since he's not been at FMG, we've sort of struck up sort of a quasi-mentoring-ship, talking about how he approaches things," he said.

"I think it's almost unheard of for a big company to have that nimbleness, which is something we want to try and keep."

Outside Saracen, Finlayson, a mining engineer who turned 40 last year, is also the president of the WA School of Mines Alumi.

"That's probably as active as it's ever been. A lot of people get to my sort of stage and you start giving back or doing some charity work," he said.

"I don't sit on any other boards but do give a disproportionate amount of time to WASM and the alumni and anything industry related with workforce and education.

"I hadn't appreciated at the time how busy it was, but when you start to engage with students, it does hook you in and it's hard not to care. If there's any opportunity to talk or promote education, not just WASM per se, but really careers in mining.

"It's a big chunk of my time at the moment but I'm happy to contribute because I think it's really important we get it right."

Finlayson doesn't have a lot of spare time, but tries to as spend as much time as possible with his family including caravanning and watching his school-aged daughters play sport. He also has a three-and-a-half-year-old son, who is a "ball of energy".

Raleigh Finlayson is nominated for CEO of the Year in the 2019 MNN Awards. 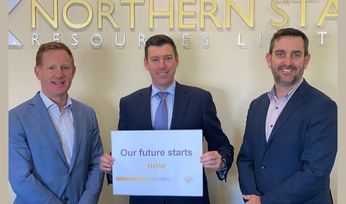 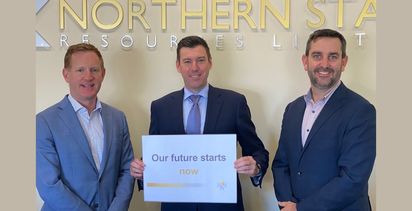