THE merger of Silver Lake Resources and Doray Minerals has been a case of one plus one equals three. 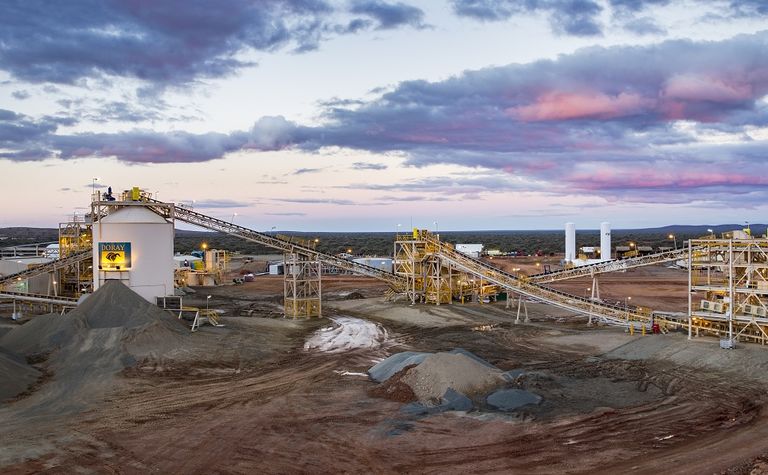 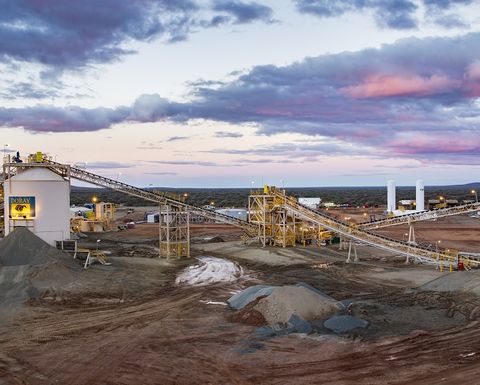 Both companies were once multi-mine operators, but had reverted to single operations and turnaround strategies after running into difficulties.

Each had reached the point where operations were going well and balance sheets had been strengthened, but as modest-sized single-mine operators, there was a struggle for market relevance.

A nil-premium deal would have been unheard of only a couple of years ago, but the merger of Barrick Gold and Randgold Resources paved the way for similar transactions in the gold sector.

It was announced in November the two would merge via a scheme of arrangement under which Doray shareholders would receive 0.6772 Silver Lake shares for every one share held.

The nil-premium offer valued Doray at around A$160 million and was unanimously backed by the board.

Silver Lake shareholders wound up with nearly two thirds of the merged entity, with Doray's holding the balance.

The deal combined Silver Lake's Mount Monger gold operations with the Deflector gold-copper mine, both in Western Australia, forecast 2019 financial year production of around 240,000 ounces of gold equivalent, reserves of 800,000oz of gold at 3.9 grams per tonne, and resources of 4.6 million ounces of gold equivalent at 4.8gpt, as well as exploration upside.

Silver Lake was keen to grow and diversify its portfolio, while Doray felt the deal offered the financial strength to continue unlocking the value of Deflector.

"Both companies have recognised the challenges of being a significant producer in the gold business and this transaction puts us in a position to not only compete, but to be a sustainable and relevant player in the global gold industry," former Doray managing director Leigh Junk said when the deal was announced.

"Doray has taken great care to find a partner with aligned growth ambitions and a strong operating culture, and Silver Lake fits that bill."

Hartleys applauded the logic of the transaction, saying both companies were undervalued.

"It should happen. We would buy," it said shortly after the deal was announced.

Silver Lake managing director Luke Tonkin and chairman David Quinlivan remained in their roles, and Junk and fellow Doray director Peter Alexander were invited to join the Silver Lake board, though Junk stepped down only yesterday.

Junk said in February he was more than happy to step aside to get the deal done.

"I don't need to put myself first before shareholders," he said.

Doray had spoken to a number of parties, but Junk said often the biggest barrier in deal talks was who was going to be CEO of a merged entity.

"The CEO role is often the top priority - it should be last," he said.

While the market reaction to the deal was initially tepid, investors came around with both stocks jumping more than 30% between the announcement of the merger and its completion.

More than 99% of Doray shareholders backed the deal in a March vote.

Silver Lake shares have enjoyed a strong re-rating, rising 130% since the deal was announced and 35.8% since it was completed.

It saw the company be re-added to the ASX 300 in March.

When the merger was first proposed, the companies said the enlarged entity would have a pro-forma market capitalisation of $421 million.

The stock closed the 2019 financial year at a six-year high, with it market cap touching $1 billion.

Silver Lake Resources' and Doray Minerals' merger of equals is nominated for Deal and/or Merger of the Year in the 2019 MNN Awards.