BELLEVUE Gold’s namesake Western Australian project has gone from zero to 1.8 million ounces in less than 18 months, and the company has no plans to slow that momentum. 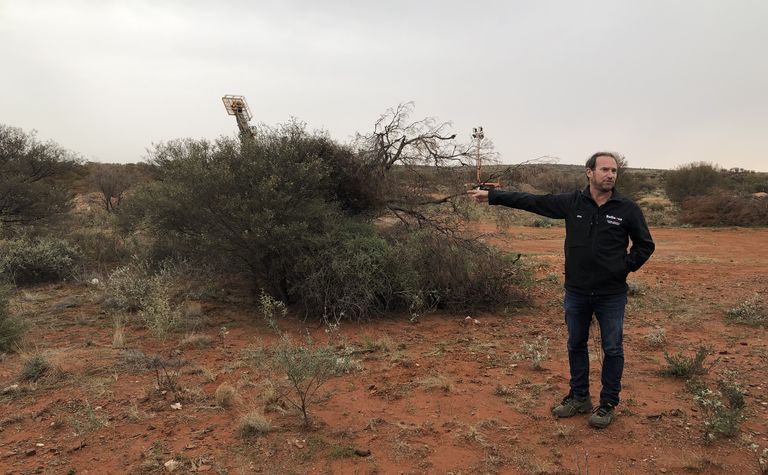 Bellevue managing director Steve Parsons points to the discovery hole at the Bellevue project, outside Leinster

Bellevue was previously Draig Resources, a former coal company that acquired the Bellevue project, a historical gold mine near Leinster, in late 2016.

Former Gryphon Minerals boss Steve Parsons signed on in early 2017 and invested A$200,000 in the company when the share price was just 3c.

The Bellevue mine had produced about 800,000 ounces of gold at 15 grams per tonne gold between 1986 and 1997, but had been largely forgotten since its closure, having been held by nickel companies for 20 years.

Parsons brought his exploration team with him with the view that there was a high likelihood of finding more gold there.

"Our view was there's a much better chance of finding something than going to say, a pure grassroots virgin piece of ground somewhere else in the world," he told MNN.

"We spent the first few months really trying to understand the geology before we drilled a hole into it."

The eventual discovery sat on the other side of a fault previous explorers had thought to be a barren area, but in November 2017, Bellevue found out there was something there after all.

"The first drillhole that we drilled 18 months ago was 7m at 27 grams per tonne gold, pretty much from surface, and we were like ‘wow, that's pretty good!'," Parsons said.

The company kept drilling at the Tribune lode and only eight months after its discovery, in August 2018, it announced a maiden resource of 1.9 million tonnes at 8.2 grams per tonne for 500,000 ounces of gold at a discovery cost of just $15 per ounce.

Around the same time, the company discovered the Viago lode.

It took the project's total inventory to 1.04 million ounces of gold at 12.3gpt gold.

In February this year, the Bellevue resource grew again to 1.53Moz at 11.8gpt gold, and last week, that increased again to 5Mt at 11.1gpt gold for 1.8 million ounces of gold, using a 3.5gpt cut-off.

It makes Bellevue the second-highest grade gold resource in Australia after Kirkland Lake Gold's Fosterville mine in Victoria.

The current rate of resource growth is seeing Bellevue add about 100,000oz per month.

At that rate, Patersons Securities believes Bellevue could reach 2.4Moz by Christmas, while Canaccord Genuity expects the deposit to get to 2.5-3Moz in the next 12 months.

"The strategy has very much been keep on stepping out, target all in the top 500m for the moment, and then just try and define the limits of the extent of the mineralisation," Parsons said.

"We're just really fortunate that we haven't found that yet."

Mineralisation remains open across all lodes and drilling is ongoing with six diamond rigs on site.

Parsons said the company would continue to target a resource upgrade every few months.

"You'd expect to see it growing at the same rate of knots and the same grade."

While the resource is still inferred, Bellevue will start some infill drilling.

"I guess the amazing thing about Bellevue is there was a mine operating, it was one of the most profitable gold mines in Australia for 10 years while it operated," Parsons said.

"Super high-grade, running at 15gpt year-in-year-out in the ‘80s and ‘90s and this is basically a continuation of that orebody and that mineralised system.

"So we're sort of that size now where we will be doing a three-pronged attack as was always going to be the case and that three-pronged attack is about stepping out and growing the resource in the inferred category, but it's also about infilling and proving a higher confidence level and taking it to the indicated category, as well as the third prong, which is really looking at these new discoveries that we've got sitting around the main orebodies as well, so that's basically how we're spending our money over the next 12-18 months."

Bellevue is well-funded with cash of $20 million.

The company has drilled a few deeper holes, which have returned visible gold, and will look to start testing the broader 20km Bellevue trend.

"We've spent probably spent 99% of our time and effort around the old Bellevue mine itself and that's where all the reward has been and that's where the next reward of resource growth is going to come from, and ultimately, where the mine is going to be, but there is huge potential to the north and that's something we've been working on over the last few months and this year we've got a budget to go out and drill some holes on some of those northern targets that sit over that 20km," Parsons said.

While Bellevue is doing some permitting work and baseline environmental studies, it doesn't expect to kick off any formal feasibility work until next year.

"For us, I think defining the limits of the mineralisation is the real key over the next 12 months and as I said, de-risking it and moving it to the indicated category as well, and checking some of these new targets," Parsons said.

"For us, we are an exploration company. We pride ourselves on exploration - that's what we're good at, so we're very much at the moment about defining ounces, high-quality, high-grade, highly profitable ounces, is what we're after and we'll continue to do that."

While mineralisation remains open, there's no limit to how big Bellevue can get.

"I think when it comes to ultimate potential size, probably the way to reflect on that would be to look at some of the bigger deposits in the Archean around the world," Parsons said.

"These big Archean lode gold systems, which is what Bellevue is, they go very deep and they go for a very, very long time and they're not all defined within the space of a couple of years.

"They get into production and then over time, they grow and grow and grow. You've seen that with Jundee and Kanowna Belle, a whole bunch of typical Archean lode gold systems. This will be one of those over a very long period of time I'm sure."

Parsons said the discovery had been great for the Bellevue exploration team, who he described as "brilliant".

"I'm over the moon for them because discoveries like this don't come around very often, so we're very fortunate and without a doubt, it's certainly shaping up to be one of those projects I think people will talk about for a long time."

Bellevue Gold is nominated for Explorer of the Year in the 2019 MNN Awards for its Bellevue gold discoveries. 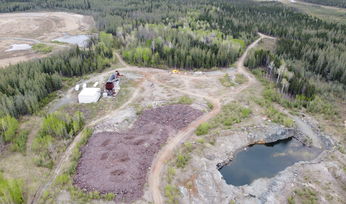 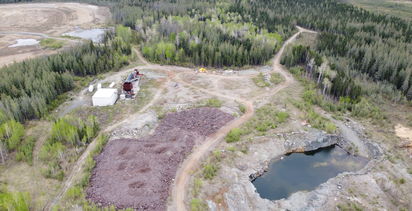