THIS week’s massive boost in the size of Liontown Resources’ greenfields Kathleen Valley lithium-tantalum project in Western Australia is a testament to having a both a long term vision and challenging exploration orthodoxy, and shows why Liontown is a nominee for MNN’s 2019 Explorer of the Year. 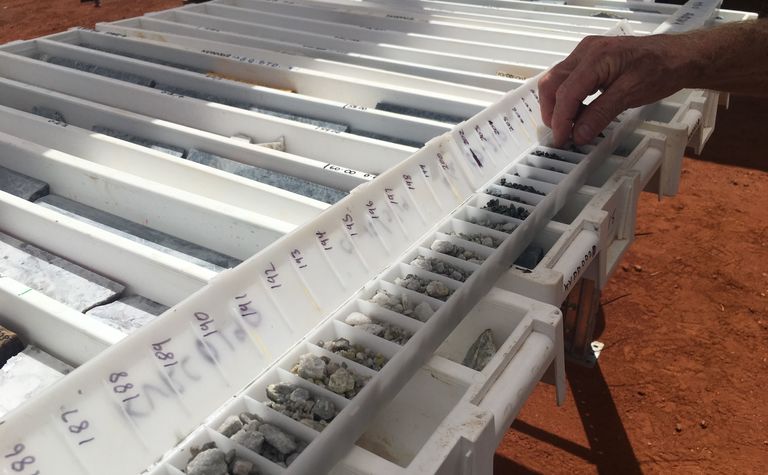 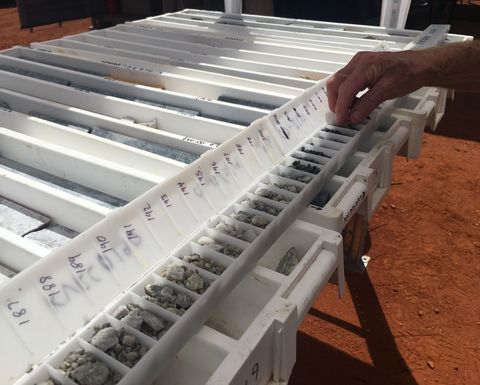 Listing in 2006 as a Queensland gold and base metals explorer, Liontown only shifted into lithium in late 2015, picking up the Mohanga project in Tanzania, looking for an analogue of WA's world-class Greenbushes mine.
It followed that by turning its attention to Australia, securing the Bynoe project in the Northern Territory, before selling it to neighbour and aspiring developer Core Lithium, but it's best decision appears to have been prospecting for the mineral within the Kathleen Valley gold leases near Leinster.
Managing director David Richards admits luck played a big role in making the discovery, which this week grew 353% and has really made Liontown's name.
"You see younger geologists sometimes don't have an appreciation for how rare these things are. It's like a multi-million ounce mine," he said.
"It's the kind of thing that doesn't often come along in your career, and when they do they require a lot of luck."
Liontown has been lucky in its ground choices, making two highly promising greenfields discoveries in recent years.
Two years after its first drilling at Kathleen Valley, it has completed almost 50,000m of RC and diamond drilling, much of following September's maiden resource of 21 million tonnes at 1.4% lithium maiden resource.
At the time it was described at the time as "equivalent to a 2.4 million ounce gold deposit grading 3.5 grams per tonne".
It is now three times larger, with this week's upgrade to 75Mt grading 1.3% lithium and 140ppm tantalum for 2.5Mt of lithium carbonate equivalent and 23 million pounds of Ta2O5 - significantly exceeding the exploration target - and the Mount Mann and Kathleen Valley pegmatites remain open along strike and down dip.
Richards said the presence of pegmatites had long been known at Kathleen Valley, but aside, but had not been given a second glance, beyond a fairly casual effort to assess the tantalum potential.
As it was putting its lithium portfolio together, it identified WA as the place to be, Richards said.
"The guys at Ramelius (Resources), who we knew well, knew we were looking and they offered up the lithium rights to us. We went and had a look and bought it," he said.
At the time there was a small exploration target of 10Mt, but as the company started drilling outcropping areas with high grade rock chips, Kathleen Valley started to reveal itself - and has continued to grow, drillhole by drillhole, well beyond the conceptual pit area.
"As we've drilled deeper it's gotten better, thicker, and more coherent," Richards told MNN.
The two pegmatite swarms are merging at depth to form a single orebody, and given the grades are higher than many existing lithium operations, could support underground mining.
To ensure access to the project Liontown purchased the gold rights from Ramelius, but while it will contemplate precious metals exploration it was a move to head off future issues as the gold rights owner had priority access.
"They couldn't just turn up. There was a mechanism in place, but we didn't want another party interfering down the track, so we now have exploration priority and no longer need to wonder going forward," Richards said.
A definitive feasibility study is planned for completion by mid-2020, and Liontown is putting a lot of effort into understanding where other hard rock lithium miners have suffered travails on the path to production.
"These studies are pretty critical given this is a new industry for WA," Richards said.
"Sure, Greenbushes has been around a long time, but you don't hear much about it, so we're learning as we go. By the time we finish our studies we'll have tested about 4.5 tonnes to make sure we get consistency in our results in our concentrate. We are putting a large effort in."
While the lithium markets have also taken a battering recently, Richards said Liontown had a "fantastic" reaction to what was simply an introductory visit in China recently.
"We really weren't sure what kind of response we were going to get. We were a bit surprised and unprepared for it," he said.
"We knew that in the short term there's plenty of spodumene around, but the Chinese are really thinking longer term than the average Australian.
"The 2020s are not too far away, and all the parties were keen to talk to us further and they are looking to secure supplies into the future.
"We have four or five signed confidentiality agreements. They were keen to have discussions."
The company also has a second potentially significant greenfields discovery at Buldania, near Norseman, where a maiden resource is planned for release later this year.
Since making the Kathleen Valley discovery, Liontown's market capitalisation has increased from around $30 million to more than $130 million at the last traded price of 11.5c.

Grabbing the bull by the horns