FRONTIER Diamonds is looking to convert US$7 million of debt to equity and sell its Star diamond mine in South Africa for $5 million to The Blom Diamond Group, a 38-year-old cutting, polishing and trading business. Star, one of Frontier's three assets, is being sold

The Star mine started production in July last year and according to last month's quarterly report, has been losing an average of $271,541 per month.

"The unplanned intersection of fissure roll and step on the new 17 Level West stope as well as the intersection of a water fault on 17 Level East stope, resulted in lower than expected production, even though being able to achieve an exceptional high recovered grade of 41.33 carats per hundred tons during the quarter with the implementation of the water jet stope cleaning method," Frontier said.

The cash-strapped Frontier has also been mining diamonds at the Sedibeng underground mine and the adjacent Bellsbank open pit.

However as of the end of December, the company had cash at hand of $58,000 and a working capital deficit of $4.2 million.

The potential debt to equity conversion is to be done at A15c per share.

In the meantime, Frontier is looking to raise additional funds for working capital.

At that price the company was capitalised at $5.6 million.

The stock was trading at 5c in November last year and 7c in August. 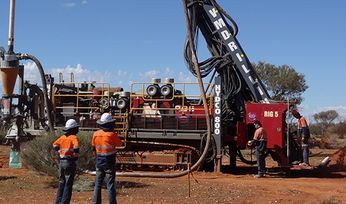 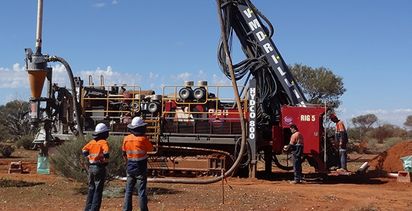