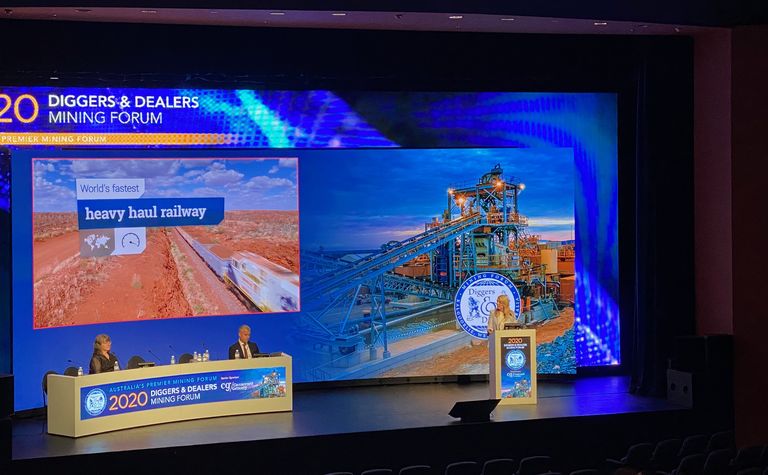 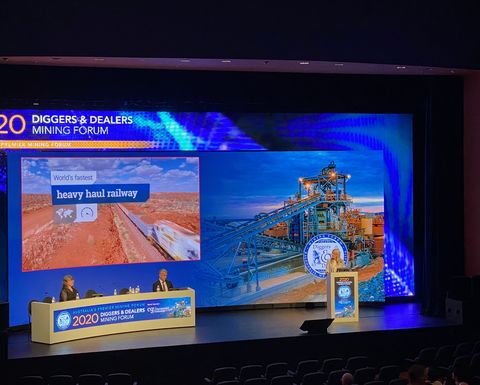 It was Gaines who noted at Diggers & Dealers last year that there were more Peters presenting than women.

Today on stage she cited MNN's coverage from last week that this year there would still be more Peters, Davids and Marks than women presenting.

"It would appear this has now become the annual Diggers diversity index," she said.

Gaines, arguably the world's most powerful woman in mining, expressed frustration at the flat-lining of progress across the whole business sector.

"As we continue to see examples in large Australian companies of behavioural and cultural standards that are simply unacceptable, stakeholders are now strongly demanding change," she said.

"In our view that change must be led by a renewed focused on diversity."

Speaking to reporters after her presentation, Gaines said more could be done on diversity in the C-suite.

"I do think we need to have the settings in place to really show the succession through organisations and particularly that support all the way through to the C-suite," she said.

"I think it's absolutely critical and again, the focus has been on boards, because that's where a lot of shareholders have focused, but to bring about real change, you need to have diverse leadership teams."

Gaines urged companies to put the right policies in place to foster diversity and tackle challenges like unconscious bias.

"Obviously COVID has shown you can work flexibly and still be highly effective," she said.

"One of the things I'm concerned about with COVID is the impact on women, who have been disproportionately impacted because of the impact on some of the service industries.

"When you look at future employment, we need to make sure the settings are in place to support women getting back into the workforce and we don't find a proportion of people who were impacted and don't find a way forward."

There are three female speakers at Diggers this year, the same as last year.

There was only supposed to be two, but St Barbara head of business development Meryl Jones stood in for CEO Craig Jetson. Jetson was due to make his first presentation to Diggers virtually from lockdown in Melbourne, but had technical issues.

St Barbara is also a leader in gender diversity and is the only ASX-listed mining company to receive Employer of Choice citation from the Workplace Gender Equity Agency.

The other female speaker at Diggers was South32 chief financial officer Katie Tovich.

Diggers, which is largely run by women, estimates female attendance is about 18%, roughly in line with the overall female representation in the industry.

Gaines was asked if skimpy barmaids in Kalgoorlie's pubs - which are not affiliated with the conference - were a bad look for the industry.

"I don't get it. I don't get why somebody wants to go and do that. I just don't understand, but that's a female perspective," she said.

"If you want people to come to Diggers and you want to get more diversity, I don't know of many women who are going to want to walk into that environment, so you've got to have venues that are far more appropriate … and actually reflective of society as a whole, not objectification of one part of society and the other part of society looking on.

"But it's particular to Kalgoorlie and some people like it." 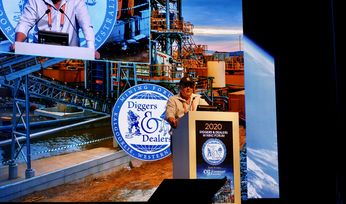 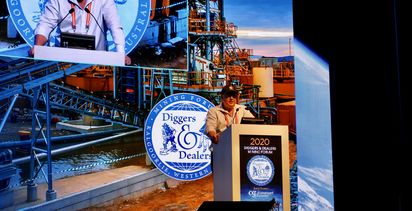 FMG a top place for women

Rio's board gets more diverse

Miners told to be on alert for cyber-attacks