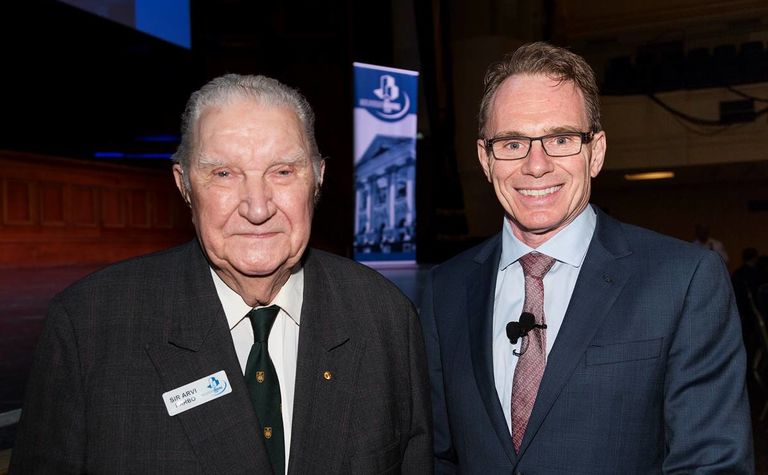 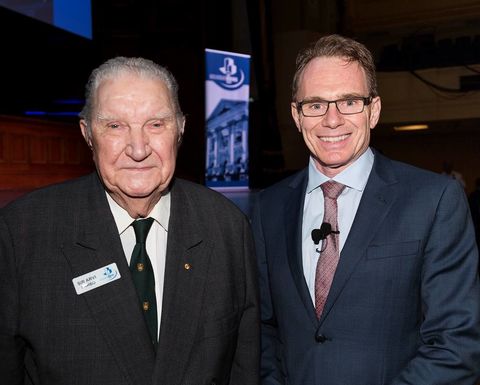 Parbo had been in ill health in recent weeks and passed away at his home in Melbourne this morning.

The giant of Australian mining was born in Estonia in 1926 and came to Melbourne as a refugee after World War II in 1949.

He graduated from Adelaide University in 1955 with a degree in mining engineering with first class honours.

Parbo got his first mining job as a surveyor with Western Mining Corporation at Bullfinch in Western Australia in 1956.

He rose up the ranks and was appointed as Melbourne-based technical assistant to the managing director in 1960, while he also assisted chairman Sir Lindesay Clark with the formation of Alcoa of Australia.

In 1964, Parbo and his family moved to Kalgoorlie as deputy general superintendent WA, overseeing the growth of WMC operations in the state.

"Visitors to his office would have noted the absence of clutter - there were never any overflowing trays or heaps of unattended papers on Arvi's desk," author and WMC alumni Gilbert M Ralph wrote in his book Biographical Sketches of Some Former WMC People in 2006.

"He had a nice habit of keeping everything other than the item being discussed concealed, giving the visitor the impression that his attention is fully devoted to the subject under discussion.

"He also possessed an incredible memory for names, facts, figures and events which, combined with his exceptional capacity to quickly arrive at the crux of an issue, no doubt contributed to his remarkable ability as a business leader.

"He did this with the least amount of ego and, as Sir Lindesay wrote in his recollections, Built on Gold in 1983, ‘Throughout his career Sir Arvi has been a model of modesty and common sense and has filled his successive positions with distinction'."

Parbo stepped down as MD of WMC in 1986, but stayed on as executive chairman until 1990 and chairman thereafter.

Speaking at his retirement dinner in 1991, Parbo said he had been truly privileged to spend 34 years at WMC.

"I have always enjoyed whatever I have been doing and the opportunity to work with people I respect and admire - true professionals in whatever their function in the company," he said.

"I cannot remember a day when I was not looking forward to going to work.  I have appreciated the comradeship and the high ethical standards which have made me proud to be a part of Western Mining. These standards were set by Sir Lindesay and have been maintained since then."

Parbo was awarded honorary doctorates from six universities, and was awarded major honours in Australia, Estonia, the UK, Germany and Japan.

His distinctions and honours are countless, including being the inaugural winner of the GJ Stokes Memorial Award at Diggers & Dealers in 1997.

Parbo has served as patron of the Melbourne Mining Club since its inception in 2001, and attended most luncheons up until the end of 2018.

He will be honoured at the club's luncheon tomorrow.

Parbo is survived by his wife Saima, who he first met at a refugee camp in Germany. They have three children: Ellen, Peter and Martin, and six grandchildren.

"We were deeply saddened to hear of the passing of Sir Arvi Parbo and extend our deep sympathy to his family. Our industry has lost one of its greatest and Australia has lost a man who worked hard to better himself, the companies he worked for  and the people who relied on them. He fled conflict in Europe in the 1940s as a young mining engineer, and rose from an undergraduate surveyor at Bullfinch, Western Australia to become the chairman and CEO of Western Mining and the chairman of BHP. He is credited with the discovery and backing of Olympic Dam, one of the highest quality ore bodies in the world. He was an advocate for mining investment and for Australia to have trade links in Asia long before it was fashionable and a formidable contributor to debate in Melbourne and Canberra. He is remembered for his integrity and humility." BHP CEO Andrew Mackenzie

"The passing today of Sir Arvi Parbo is sad news and a big loss to the Australian mining industry. As a former chairman of Western Mining Corporation, Alcoa and BHP, Sir Arvi was a hero of mining and a champion of innovation. Vale to a great Australian." The Minerals Council of Australia

"Australia has lost a titan of our nation's history with the sad passing of Sir Arvi Parbo. Sir Arvi's long and successful career in Australian business continues to have its legacy felt today and it will for many decades more." Federal minister for resources and Northern Australia Matt Canavan

"Such a sad day today, we lost Sir Arvi Parbo, an absolute legend and icon for our industry. Our deepest sympathies go to his family. He was a massive figure that help create and steer the legendary WMC, which ultimately generated many of the mining industry's past and current leaders. This legacy is truly amazing and his family should be so proud." Northern Star Resources executive chairman Bill Beament

"Sir Arvi Parbo was an inspiration and left an amazing legacy. At 93, he lived a full life and I hope he's catching up with a few mates and family that went before him." Battery Minerals chairman David Flanagan

"He will be in the thoughts of many thousands of people who have been touched and inspired by Sir Arvi over such a long period. Sir Arvi has been a beacon of inspiration for many of us involved in Australia's productive industries." Ron Manners

"Sir Arvi was such a legend and a total gentleman." AusIMM CEO Stephen Durkin

"Vale Sir Arvi Parbo, a great Australian and a giant of the mining and exploration industry. His death today will be felt deeply throughout the industry that he championed in life." The Association of Mining and Exploration Companies

Parbo to be remembered

Melbourne memorial to be held for Sir Arvi 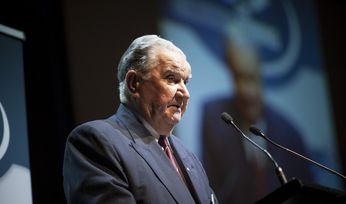 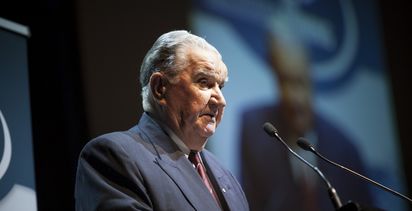