THE indefatigable Ken Brinsden accepted the 2018 Craig Oliver Award at the 17th annual RIU Explorers Conference in Fremantle this morning, as the efforts of emerging lithium and tantalum producer Pilbara Minerals were recognised by industry. 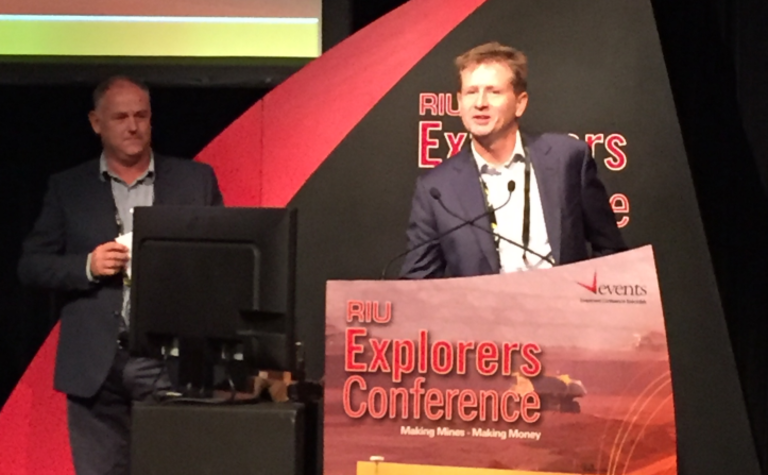 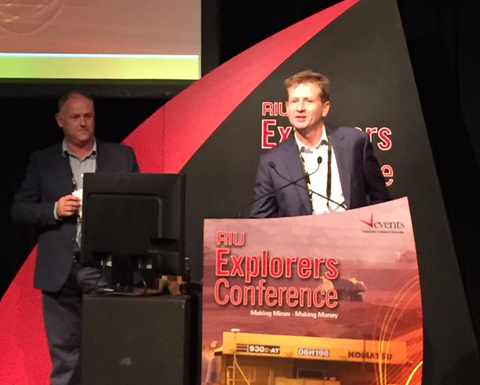 Brinsden, Pilbara’s managing director of, accepted the award from Brendan Jones - brother-in-law of the late Craig Oliver in front of a packed auditorium on the second day of the sold-out gabfest.

The award– a unique and substantial sculpture in silver, titanium, copper and gold – is presented annually to an ‘all round’, small-to-mid cap Australian mining company which has excelled in areas including exploration, mining, corporate, market results, environmental and community over the past 12 months.

Pilbara is developing its world-class Pilgangoora project, 120kms from Port Hedland in the Pilbara region and is on the cusp of first production from phase one of the development in June.

The company’s is taking advantage of the surging demand for high-quality lithium products including lithium-ion batteries to power electric vehicles with its two million tonne per annum development,

Recently, a prefeasibility study for Stage 2 expansion from 2Mtpa to 5Mtpa at the project delivered exceptional results.

A final investment decision is planned for later this year, with commissioning from fourth quarter 2019.

Past winners in the award, presented for the first time in 2011, include Evolution Mining, Independence Group and Doray Gold.

The award is named for Oliver, who passed away when the Sundance Resources plane he was on tragically crashed in the Congo with the loss of all people on board.

Presentation made this morning on day one of RIU Explorers