IMPROVING a company’s culture is one of the keys to its success, according to Australian corporate powerhouse Sharon Warburton who opened with a deeply personal story before sharing her secrets to success with a sold-out crowd at the WA Mining Club lunch on Friday. 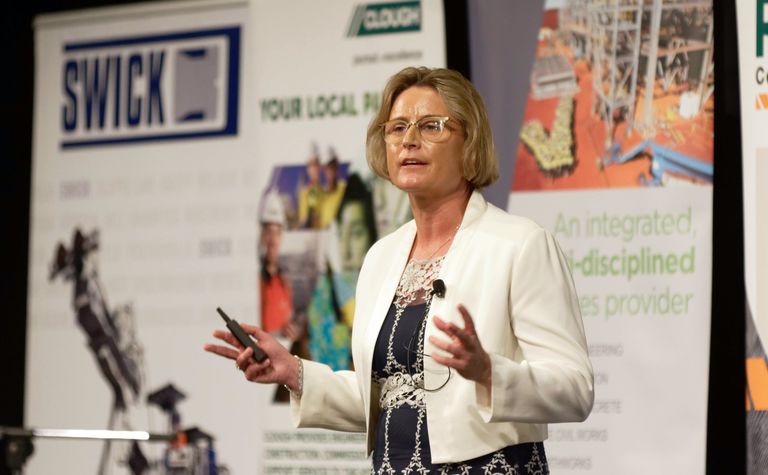 The December 1 St Barbara’s Day gathering remembered those who had lost their lives in the industry and Warburton, who is co-deputy chairman of iron ore miner Fortescue Metals Group , and a non-executive director of developer Gold Road Resources and technology company NEXTDC, said it was important to talk about people’s physical and mental well-being in the industry.

For the second time in her life, Warburton spoke publicly about her little sister taking her own life nine years ago and expressed the guilt, sadness and anger she had felt despite telling people she was fine.

“I wasn’t fine,” she said, saying she was still working on her well-being journey.

She emphasised the importance of the culture of empowerment at FMG, saying there was a link between an organisation’s culture and its financial performance.

Warburton said culture should be on every board strategy day, and said it was helped by splitting the board up in the dining room on site visits to gain feedback, being a part of the team, bringing emerging leaders into the boardroom and taking responsibility for the company’s culture.

She also quoted outgoing FMG’s CEO Nev Power, who was runner-up in MNN’s CEO of the Year award, and his mantra that “everybody has two jobs”.

“There’s the one you do today and the one you’ll do even better tomorrow,” she explained.

FMG last week announced its CFO Elizabeth Gaines would replace Power when he steps down in February, making Gaines the first female CEO of a major Australian miner.

Warburton was happy to outline what she described as the “6 Cs to success” in what continues to be a male dominated industry: confidence, commitment, communication, a “can do” attitude, creativity and courage, before adding in a seventh: culture.

“In my first year as a full-time NED (non-executive director), it’s courage I’ve relied on the most,” she said.

“This has taken me to the uncomfortable edge of my comfort zone and I’ve discovered that’s where I learn and grow the most.”

Warburton acknowledged she had “a crap work/life balance” in her executive career, which involved working in strategy and CFO roles around the globe including the UK and the Middle East.

But she lamented what she described as a worrying trend – “I call it the millennial trend” – where people felt they could cut corners, avoid the “hard yakka” and thought they were ready for an executive role.

“Why is that? The only thing I can come up with is they’re a millennial,” she said.

“I say I love that confidence, please keep that… but can you go and do some work?

“Get on the job experience, experience commodity price cycles, go global, immerse yourself in different cultures, go chasing world’s best practise … do secondments, think about moving sideways as well as up, get good mentors and sponsors – and when you’ve done all that, come back and see me.”

Warburton said her life as a NED had given her more flexibility but dismissed suggestions she had retired.

“Yeah, right,” she said, citing the workload of 61 board meetings, 28 site visits, 45 committee meetings and 15,000 board papers she had read over the past year.

Warburton also chairs the federal government’s Northern Australia Infrastructure Facility, is a member of the Takeovers Panel and a director of the Perth Children’s Hospital Foundation, among other commitments.

“I’m lucky that I don’t like sleep,” she quipped when asked about balancing her workload with being a single parent to a seven-year-old daughter.

“I find if I’m in a good space, I’m a good parent,” she added, saying every family had to find what worked for them.

“I really encourage you when you’re doing something you’re not enjoying, to make the really hard decision and move on.

“Not only because life’s too short but we are at our best when we’re doing what we love.”

Warburton attracted an audience of about 540 people, 21% female, well above the 2017 average lunch attendance of 344. 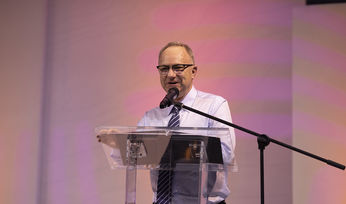 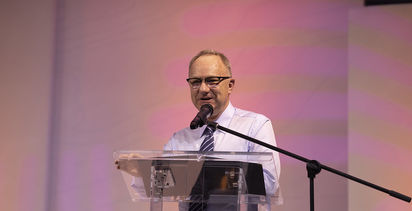 Call for nominations: Alternative Mining & Exploration Awards 2022 - The A to Z