Fix women or fix the system?

THAT was the question posed at a debate held by the Gold Industry Group at the Perth Mint on Friday night. The Women in Gold Sundowner was hosted by Gold Road Resources director and Fortescue Metals Group deputy chair Sharon Warburton, while the debate was moderated by Gold Fields vice president of legal and compliance and GIG vice chairperson Kelly Carter.

Bloch said the sector needed to confront the "brutal" facts - that women in the industry were going backwards.

Statistics show that women make up 47% of the Australian workforce, but only 18% of employees in Western Australia's resources sector.

Bloch said it was a woeful performance and showed that not enough was being done to promote diversity.

"The fact that we've seen very little progress in recent years tells me that we have to take a look at ourselves in the mirror," he said.

He urged companies to lead from the top as that was the only way to enact change and achieve gender parity.

"Surely this is the gender diversity equivalent of zero harm," Bloch said.

However, Romeyn countered that 50:50 wasn't the same as zero harm given that organisations that had achieved gender parity still had reports of harassment and discrimination.

Bloch said the sector could start by aiming for women in leadership roles, not just support roles.

"I do not accept the argument that there are not enough women available for operational roles," Bloch said.

As a woman working on sites, Cameron said she had been conditioned over many years to believe that operational roles were "boy's" jobs. 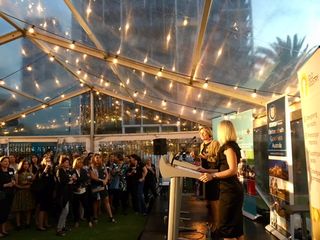 She said working in the sector had forced her to go on a journey of self-awareness.

"Fixing women means returning to your true self," Cameron said.

"I no longer see ‘fixing' as a negative, but an opportunity to grow and develop as a person."

O'Connell said Gold Fields had the problem where it was losing more women than it was retaining.

She said a good start in attracting and retaining women was to make workplaces more inclusive - and noted that most site-based women's definition of FIFO was "fit in or f*** off".

Romeyn said everyone in the industry contributed to sweeping the issue of diversity under the carpet, and women couldn't afford to wait for a "white knight" to come in and fix the problem.

The 300-plus crowd narrowly voted for the "fixing the system" team of Bloch and O'Connell as the winners, but most in attendance agreed that gender diversity was everyone's problem. 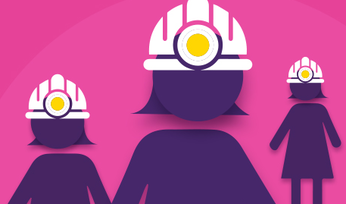 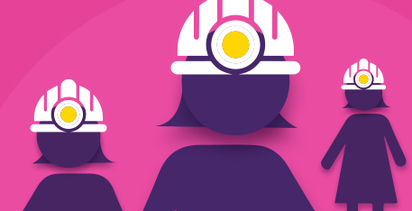 Newcrest's Cadia fix is in

Chalice spin-off to raise up to $30M