Another accolade for Power

FORTESCUE Metals Group CEO Nev Power has been named as a Legend in Mining. 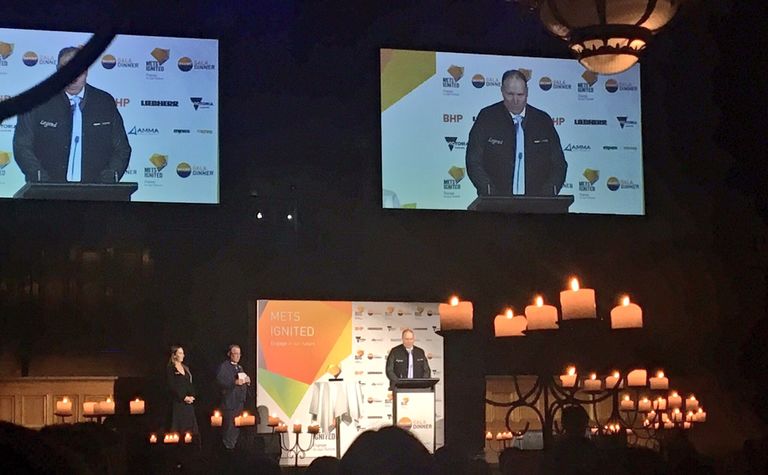 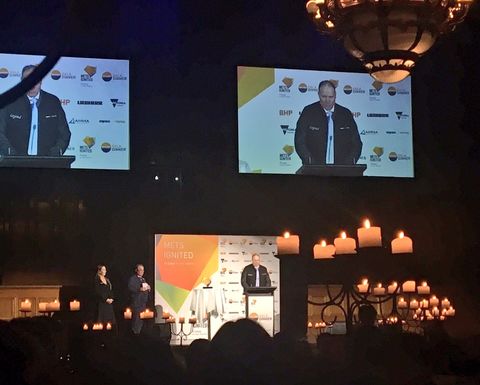 Power was awarded the Mines and Money Legend in Mining jacket at an IMARC dinner in Melbourne last night.

He was at the event to accept the award, having been on stage on Tuesday for a “fireside chat” with Baillieu Holst stockbroker Richard Morrow about his successes at FMG.

Power, who will step down in February, attributed a lot of his success over the past six years at FMG to the company’s people.

“My time at Fortescue has been an absolutely amazing journey where I’ve built friendships with a great group of people,” he said.

“I have mixed feelings about leaving the company of course, but I’m very excited for Fortescue’s future — 2018 is going to be an exciting year for mining across the globe.”

Power reiterated this week that he hadn’t made career plans for when he leaves FMG.

Meanwhile, the METS Ignited Collaboration Award was also announce, honouring the partnership between a mining company and a mining equipment, technology and services (METS) company.

Anglo American and Commit Works took out the award for jointly designing and implementing a unique visual management system, VisualOps, that provides near real-time operations mapping to monitor the progress of work.

The other finalists were South32, AMC Consultants and JKTech for an enterprise risk optimisation project at Cannington in Queensland, and Rio Tinto Iron Ore, AMOG Consulting and the University of Newcastle for implementing risk-based inspection techniques to improve asset management.

OceanaGold CEO Mick Wilkes was the keynote speaker at the dinner, touching on everything from the history of OceanaGold, to the company’s focus on innovation, safety and environmental management, and social performance.

“As an industry we continue to provide negative examples to the opponents of mining where communities have been badly affected or treated poorly, and we are losing the argument on social media, which is the medium that now has the greatest influence over public opinion,” he said.

“When communities are not treated fairly and with respect, they will rise up against you.  And when governments are ill-informed, they make bad policy decisions.”

Wilkes said OceanaGold had international DNA after venturing all over the globe for projects.

“Despite being based in Australia we have no operations here – yet!

“But the reality is that while Australia has low sovereign risk and is prospective for gold, it is a very competitive space.”

Still OceanaGold has growth aspirations beyond its four mines, that will ramp up to produce more than 500,000 ounces of gold in the next 3-4 years.

“Further out we would like to add anothertwo or three high quality, low cost, long mine life mines to our current portfolio to continue the journey to becoming the gold miner of choice,” Wilkes said.

“We would eventually like to have a half dozen mines in our portfolio producing in the order of one million ounces of gold a year.

“The focus will again be on quality production that will generate strong returns. Everything we do will be accretive to our shareholder value.”