More than a silver lining

Silver’s place in the precious metals league has shot up a peg or two this year as it has upstaged its yellow metal sibling. With a 23% price rise, year-to-date, investors are rediscovering its worth as a bet against economic uncertainty and this is rubbing off on equities tied to the metal. 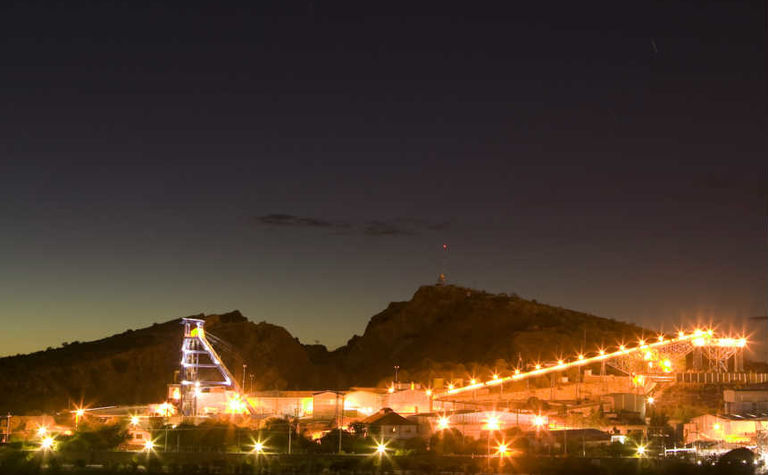 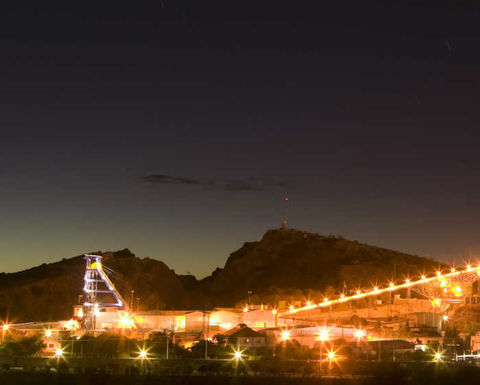 Producers, developers and explorers have all felt this investor love, but some are more deserving than others. Mining Journal has picked out a few.

Any silver bulls jumping into the silver space now would flock towards those with most exposure that call themselves primary producers. There may be many gold and base metal miners producing massive amounts of the metal annually, but few make investment decisions based purely on by-products.

In 2015, the top five primary producers’ reaction to an 18% price drop was to cut production slightly, as they concentrated on lowering costs in the face of falling margins. They did not all act in unison, though. One producer increased output (Fresnillo), others left it close to unchanged (Pan American Silver and Tahoe Resources) and a few cut production (Coeur Mining and Hochshild Mining).

Cost cutting is still on the agenda this year, but all five have different strategies in this rising price environment.

Fresnillo, which guided for a 2-4Moz year-on-year production increase in 2016, is already the biggest primary producer by output, but its plans are to get even bigger and exploit some of the 2 billion ounces of resources it has banked.

While the company has recently flagged major gold production ambitions – it could add over 200,000oz per annum of yellow metal to its production portfolio into the next decade – it still has silver at its core.

Its US$515 million San Julián project in Mexico could increase this profile by some 20% at full tilt given its 10.3Mozpa capacity and there is a good chance first production could surface towards the end of 2016.

It also has plans to boost production by 3Mozpa at its flagship Fresnillo mine, which produced 15.6Moz last year, and increase output by 3.5Mozpa from its Pyrites plant project, starting in 2018.

Further down the line, its US$305 million Juanicipio project, which it owns 56% of (Mag Silver owns the remainder), could bring another 10Moz of output to the table should it be approved.

Since Pan American Silver’s 2015 annual report came in, it has signed an exploration option agreement with fellow silver company Kootenay Silver over its Promontorio and La Negra properties in Mexico, while its movements on the corporate level look like increasing future output in the long run.

In April, when the price was nearing the US$17 per ounce mark, the company and MacMillan Minerals agreed to a reverse takeover of Maverix Metals, an entity into which Pan American injected 13 royalties and precious metal streams.

With net smelter royalties on Pan American exploration projects in Argentina and Peru now within this new outfit and the company owning a majority stake, it will be hoping it can leverage this streaming exposure to move exploration of these assets forward.

And, then there is Tahoe Resources.

Already holding one of the largest silver mines in the world – Escobal in Guatemala – the Toronto and New York-listed silver miner has moved further away from ‘primary’ producer territory through the addition of Rio Alto Mining and Lake Shore Gold in recent years.

While this move is not unheard of in the silver space – look at Silver Standard Resources or Fortuna Silver’s recent M&A – Tahoe is becoming a much smaller fish in a larger pond by acquiring gold assets and diluting its silver exposure.

Hochschild Mining, which was coming up to the sharp end of construction of its Inmaculada mine in Peru at precisely the wrong time in the silver price cycle last year, is now starting to benefit from this investment, with production jumping 27% year-on-year to 3.7Moz in the March quarter.

With the low cost mine running ahead of nameplate capacity of 3,500 tonnes per day, group production is expected to increase this year to 16Moz of silver output and costs are expected to fall.

Illinois-based, Coeur Mining may be more financially constrained than some of its rivals, but producing some 12Moz of silver annually its movements are still worth following.

An acceleration of production rates at the Guadalupe and Independencia deposits at its Palmarejo mine in Mexico, ore placement rates increasing at Rochester in the US and development of higher grade mineralisation at Kensington in Alaska all bode well for higher output and cash flow generation later in the year.

Should silver prices continue rising, the company could also see its 10Moz per annum La Preciosa project in Mexico developed, while Argentina’s newly-improved investment climate could result in Coeur pushing forward with its Joaquin project in Santa Cruz province, which hosts 54.1Moz of measured and indicated resources.

Look beyond the top five and there are even more stories worth following.

First Majestic Silver (FM), which counts the enigmatic Keith Neumeyer as founder and CEO, merged with SilverCrest Mines last year as it continued to look for more production.

It produced 11.1Moz of silver last year and has eyes on 12-13.3Moz of output in 2016, but it has bigger plans to produce more than 20Mozpa in the next decade with expansions of existing mines and development of two new operations in Mexico (La Luz and Plomosas).

While FM may have organic growth on its mind, Hecla Mining has been busy building up its production arsenal through some strategically located M&A.

Shareholders and investors may have got slightly worried the company was changing tack with the purchase of gold-focused Aurizon Mines back in 2013, but since then all of its corporate advances have been silver-plated.

In the past year alone, it has acquired not one but two Montana-focused silver assets, adding 460Moz of resources to its base. With its 3Moz Lucky Friday mine in Idaho just 80km south of these assets, the company most likely has operational synergies on its mind with these purchases.

The addition of Mines Management and Montanore is of particular interest. The former owner previously envisaged an operation producing 8Mozpa of silver at this asset. With the all-important final environmental impact statement and records of decision received earlier this year, development could move forward quickly.

A few of other players emerging out of the shadows of larger peers are Excellon Resources, Avino Silver and Gold Mines and Orex Minerals.

In recent years, water has been the biggest issue holding back Toronto-listed Excellon Resources. The company produced 1.2Moz of silver in 2014, but this dropped to just under 800,000oz last year.

After devising a simplified dewatering solution for its flagship La Platosa mine in Mexico last year that involved less capital and reduced energy costs, its fortunes have started to change.

Having completed development of initial access to the Rodilla Manto at La Platosa ahead of schedule, better times are ahead. In its March quarter results, the country’s highest-grade silver miner mooted higher grades and production in the future.

In that three-month period, the company mined 1,600 tonnes of ore from the Rodilla Manto grading over 1,000g/t Ag.

Considering this area is now completely dry, has previously intercepted “ultra high-grade” mineralisation outside of the existing resource block model, and there is further dewatering scheduled in other parts of the underground mine, Excellon looks is turning round its poor past performance.

Avino Silver and Gold Mines has been busy bringing on two mines (San Gonzalo and Avino) in Mexico over the past four years. It only recently hit commercial production at the Avino mine after confirming sub-level caving underground was a goer, but it has sights on significantly boosting production, which came in at 1.63Moz last year, through tailings and processing plant expansion projects.

It is again on the fertile grounds of Mexico, but the explorer has assembled a C$85 million capitalisation that is growing with every press release.

Having secured a tie up with Fresnillo back in 2012 over its Coneto silver-gold project, the company has continued to hit the headlines, more recently with its Sandra Escobar project in Durango, over which it currently holds a 65% option.

Back in May, the company awarded a contract for the maiden mineral resource to be calculated on the property. With results expected later this year, there will be more than a few investors staying tuned.

With global economic uncertainty continuing and silver moving closer to gold in terms of its pricing relationship, these equities are set to keep shining bright.

*For more global silver news and insights, go to www.mining-journal.com

Fantastic days of cash generation for those in the lithium sector 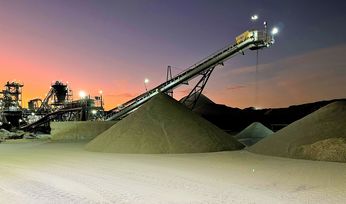 Resolute tees Syama up for a big gold production drive

Women in resources celebrated in Canberra