Two years ago, the mining industry was in a state of widening realisation that the bubble had well and truly burst and the sector was free-falling in the kind of commodity bust that must follow the scale of boom it enjoyed. 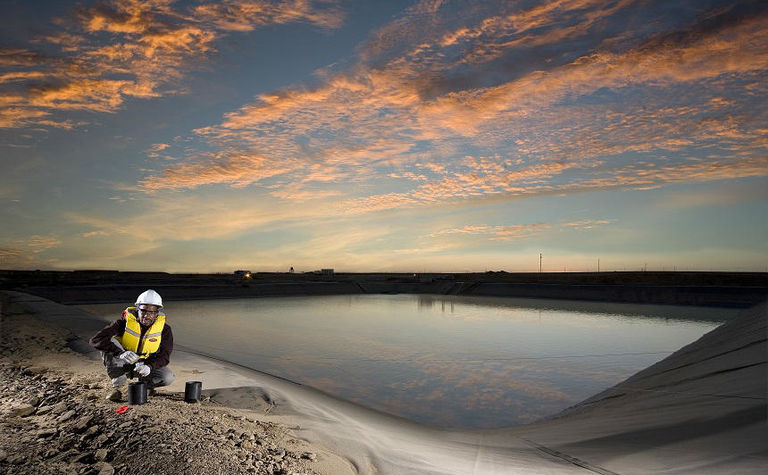 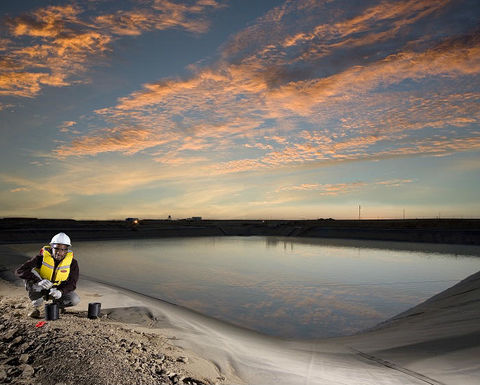 Having accepted its fate, the industry last year began licking its wounds and wondering how long it might be before the sun would shine again, with the consensus suggesting some blue sky might appear toward the end of the decade.

West Africa, the standout frontier success story of the boom in terms of attracting investment, but a failure in terms of getting mines built (read: generating revenue), was left contemplating where it went wrong, with miners and political risk experts lining up to tell them – too much nationalistic policy and not enough stability.

But with the soul-searching hopefully still fresh in the hearts of West African politicians, the region is being handed a second chance.

That chance is in the form of a shiny yellow element called gold, which has been the standout commodity of 2016 so far and has historically been the headlining metal in West Africa in general.

The question will be whether the lessons learnt from the boom so recently concluded will be remembered as West Africa potentially enters its second coming as a mining region of note.

The foundations of West Africa’s rise to prominence in the boom and the basis on which a second round of investment will be built is the geology. This is dominated by the Leo-Man Shield, which is partly overlain by Birimian volcanic-greentstone sequences within the West African Craton.

There are several greenstone gold belts in Africa but the Birimian is the most productive and therefore best known. The most prolific of these has been the Ashanti Belt in Ghana, which has produced gold for centuries and been actively mined by European operators since the 1800s. Ghana represented West Africa in the top 10 global gold producers last year with some 85 tonnes, despite this being more than 6.5% down on 2014.

Countries in the southwest of the region such as Sierra Leone and Liberia tend to host smaller, more complicated deposits in older rocks.

The iron ore explosion in West Africa is based mainly on Pre-Cambrian BIF deposits. The Guelb mine in Mauritania and various Mt Nimba mines that span Cote d’Ivoire, Guinea, and Liberia represent the most significant sources of iron ore.

In the most recent BGS survey, only Mauritania, Sierra Leone and Nigeria rated a mention in terms of production with 11.5Mt, 5.2Mt and 70,000t respectively.

Various developments, specifically in Sierra Leone and Mauritania, threatened to add to West Africa’s iron output but the collapse of prices pulled the rug out from under them. Given the capital intensity of these projects in the early stages it is difficult to see, given long-term price forecasts, when another opportunity to develop more West African iron ore assets will present itself.

There was a prolonged period of mining-related flux in West Africa, as the region as a whole attempted unsuccessfully to make the most of the commodities boom. That said, African nations have not been on their own in letting that particular opportunity slip past.

In general, too many West African countries were guilty of fiddling with their mining codes in order to milk more from the mining industry rather than providing the level and stable playing field required by miners to be comfortable making the kind of long-term investments the industry demands.

The result was a lot of exploration, a lot of talking, a fair bit of building, but nowhere near enough mining before the ‘commodity cops’ arrived to bust up the party in 2013.

That said, West Africa did have some success. Burkina Faso and Mali managed to maintain and strengthen existing mining frameworks, providing stability of operations for companies such as Randgold Resources and Endeavour Mining.

And there are even more reasons to be optimistic when you consider the evidence for a growing awareness amongst governments of what’s required to foster a healthy mining sector.

Guinea and the Ivory Coast offer the two best examples. Both countries were guilty of tinkering with their mining codes and legal frameworks to squeeze more from miners during boom years. Both were caught with their hands in the cookie jar when the music stopped. But both then immediately adjusted their behaviour and made revisions to redress imbalances. The Ivory Coast now has one of the most competitive mining codes in Africa.

At the same time, West Africa and Africa in general is becoming a safer, more stable place for all types of business. With the exception of a handful of central-eastern African countries, Africa’s civil warring has been quelled, at least for now, while the World Bank placed five African states in the top 10 fastest reformers in its latest ‘ease of doing business’ index.

There is also Africa’s potential role as a future demand engine for minerals – on a similar but far more disjointed scale to China – as the continent’s various economies look to sate the appetite of their own growing middle class. With 1.2 billion people across almost exclusively developing nations, miners digging in Africa will be best placed when that development gathers pace.

More immediately, for West Africa specifically, there are a handful of developments miners should be closely watching, according to Daniel Magnowski, senior West Africa analyst at risk advisory firm Control Risks.

First, Nigeria, which is struggling to cope with the oil price slump and is looking to mining to at least partly plug the gaping hole left by crude revenues.

“President Muhammadu Buhari has appointed Kayode Fayemi, seen as one of the ruling party’s most progressive, high-energy ministers, to take charge of the sector, and Fayemi has started work that’s intended to make the country more attractive to international mining companies,” Magnowski told Mining Journal.

“Nigeria has deposits of coal, tin, gold, iron ore and other commodities, but as an investment destination it is challenging, given its deficiencies in power generation, transport networks and other basic infrastructure, plus an inefficient bureaucracy and reputation for corrupt practices also discourages many potential investors.

“The mining minister is likely to put forward a new mining code, which will offer favourable terms to businesses, and also to cancel existing licences which are dormant or inadequately used, opening deposits to international companies.”

Second, Burkina Faso, where president Roch Marc Christian Kaboré, having come to power in January, looks likely to introduce some concessions to the 2015 mining code as one of his first points of business. These will address some of the grievances raised by mining companies. 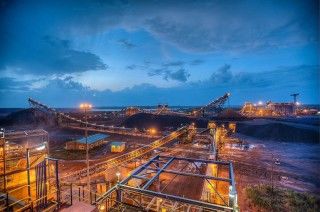 “Fuel taxes, royalty payments and the community development fund – into which companies have to pay 1% of their monthly turnover – are possible areas for the government to show it is willing to compromise,” Magnowski said.

“Still, social pressure for the mining industry to deliver more money to the country will limit the degree of concessions to business the government is able to make.

Meanwhile, in Guinea, the bulk of the work on a contract review that began in president Alpha Condé’s first term was completed last month.

“His government, which will be anxious to encourage economic development after the trauma of the Ebola outbreak, is likely to show more flexibility in its dealings with businesses, and post-review, mining companies working in Guinea can look forward to greater security of title and a more stable legislative environment.”

As continued reforms to stable business practices and governance meet stronger commodity prices – represented by gold alone at this stage – West Africa is being granted a second bite at the proverbial mining cherry.

Yanfolila in Mali: AIM-listed Hummingbird Resources’ plans to start construction at its Yanfolila development in Mali later this year, which would see it running a plus-100oz per annum operation at all-in sustaining costs of less than $700/oz based on a 1.54Moz resource. That’s if it can lock down the circa US$80 million it needs to build it, which could be a tough sell on a $162 million NPV with a light-ish 8% discount.

Yanfolila is crucial to Hummingbird because it has the potential to be developed and deliver cash flow in the current gold price and general financing environment, which would then unlock the wealth within the much bigger 4.2Moz Dugbe development opportunity a few doors down in Liberia.

Banfora in Burkina Faso: ASX-listed Gryphon Minerals this week said it could potentially add up to 1Moz to its existing 3.6Moz Banfora development by going underground beneath the proposed Nogbele openpit. The growing scale of this deposit is likely to impress investors as much as its modular development potential.

Gryphon has outlined an $85 million, 2Mtpa, heap leach start-up operation producing some 74,000ozpa at AISC of $839/oz, with the potential to bolt on a 1Mtpa carbon-in-leach processing plant for another $45 million to come from cash flow. The enlarged operation would produce 133,000ozpa at $800/oz for seven years.

Massawa in Senegal: For those impressed by size, LSE-listed Randgold Resources’ prime exploration asset, Massawa, should tick the boxes.

It sits within the 150km-long Mako greenstone belt, which is comprised of mafic-ultramafic and felsic volcanic rocks intruded by granitoids. A regional crustal scale shear zone with a northeast-southwest trend, exploits a lithological contact and provides the host structure. If that doesn’t mean much to you, the next sentence will.

Massawa has a 4.8Moz resource of which more than 60% is in the measured and indicated category grading 3.4g/t Au, along with 2Moz of reserves stress tested at Randgold’s famous $1,000/oz gold price threshold. And the African specialist isn’t done yet. It holds more than 50% of the prospective strike along the belt and, having just churned out another record production result across its African asset operations base, will be in no rush to start building at Massawa – it will grow.

Yaoure in Cote d’Ivoire: The prize for Perseus Mining’s recent $95 million acquisition of Amara Mining, the Yaoure development, looked like it may not be built until the ASX-listed miner swallowed up its AIM counterpart to bolster its project pipeline.

In the current environment, a junior explorer such as Amara was always going to struggle finding the funds for the requisite studies then the $334 million to build the mine but, within a producing group, Yaoure’s 5.2Moz resource sits comfortably waiting its turn in production pipeline.

Wassa and Prestea in Ghana: TSX-listed Golden Star Resources last week locked down $20 million in financing toward its Prestea underground project, set to follow the Wassa underground mine into production.

Underground mining at Wassa is expected late this year and will add to existing production from the openpit. The Wassa resource including the underground now stands at 3.6Moz grading 3.12g/t Au. Production this year was expected to be 180-190,000oz at costs of $815-925/oz.

Meanwhile, the Prestea underground development looks likely to join the party mid-next year, and will be underpinned by a 2.6Moz resource grading 3.72g/t gold. Prestea expects life-of-mine cash costs of less than $500/oz.

Growing producer rises above criticism of its strategy 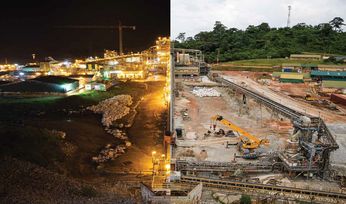 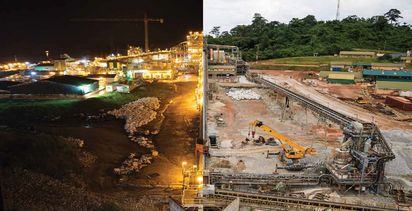