Analyst sentiment is building that positive – although muted – medium-term momentum could be on the horizon for operators in the copper space.

Copper bulls typically cite eroding inventories or Chinese homebuilding and infrastructure plans as the sturdiest arguments for betting on the red metal. But scepticism from Asian hedge funds and increased Chinese use of substitutes like low-voltage aluminium cables have dampened enthusiasm for the commodity’s latest price rally.
An early-May pickup for the metal helped Australian and overseas copper companies improve their share prices by about 20% in recent weeks, at least temporarily. This run coincided with a modest copper price spike to year-to-date highs just shy of $US6500 per tonne and hostile takeover pressure for ASX producer PanAust by Chinese minerals and infrastructure giant Guangdong Rising Asset Management.
In the meantime, copper has mostly wavered in a slightly tighter trading range around $5500-$6000/t on delicately balanced demand fears and erratic supply factors. However, even as the industry continues to contend with nervous expectations of a global surplus, market watchers are beginning to sound more confident on the back of expected project delays and stronger refinery demand.
In its latest copper briefing, SNL Metals highlighted diverging trends in concentrate and cathode markets for the seemingly directionless sector. This view informed the researcher’s decision to forecast a marginal deficit for concentrates, necessitating a drawdown of the large stocks built up over 2013.
“In the concentrates market, a sharp tightening of material availability has been highlighted by the weakening in treatment and refining charges since the start of the year,” SNL said.
“The ongoing strength in smelter and refined output has continued to drive healthy demand for concentrates.”
These higher levels of smelter and refined output, however, have been tipped to contribute to a small but clear oversupply in the cathode market, which SNL expects to cap prices at about $6050/t this year and $6320/t in 2016.
Meanwhile, metals advisory group HDR has amplified the tone on supply-side uncertainties by projecting a copper deficit scenario based on “very likely” project delays.
“The market is expected to be in supply surplus in the coming years due to the commissioning of new and brownfield projects. However, in the opinion of HDR, quite a lot of these projects may be deferred because of the low copper grade involved, high capex and high geopolitical risk associated with the location of these projects,” it said.
Specifically, this view identified probable stalling at BHP Billiton’s Olympic Dam expansion efforts in South Australia as well as at the massive BHP-Rio Tinto joint venture, Resolution Copper, in the US. Community unrest, environmental impacts and financing issues have also been variously flagged for China Metallurgical Group’s Mes Aynak mine in Afghanistan, Glencore’s Tampakan project in the Philippines and Codelco’s Andina expansion plans in Chile.
Representing the world’s biggest copper producing country, Chilean Copper Commission executive vice president Sergio Hernandez emphasised social-enviro issues as a major roadblock to putting billion-dollar projects back on the agenda.
“Chile, for example, has something like $75 billion worth of new mining projects, primarily copper, earmarked for development over the next eight years,” Hernandez told delegates at the Latin America Downunder conference in Sydney.
“Just over half of these are what we would regard as normal projects which will proceed along conventional approvals.
“However, something like $8.3 billion worth have been delayed due to internal issues.”

Explorer with pedigree adds to its mix 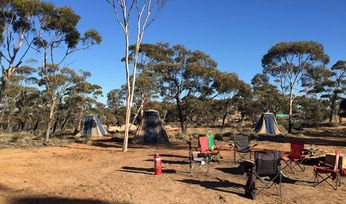 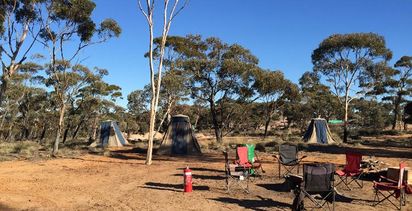