CENTAURUS Metals’ focus has recently been on its nickel-cobalt exploration projects, but behind the scenes it has been polishing up the pre-feasibility for its Jambreiro project, and is immediately moving into a bankable study with a potential investment decision early next year to capitalise on tough times for Brazilian miners.

The company completed an initial PFS in 2013, prior to the fall in the bulk commodity's pricing, and that study was dusted off earlier this year.
With Vale's significant tailings dam issues restricting iron ore exports, Centaurus wants to capitalise on high prices, and it has the ability to generate strong returns from a modest one million tonne per annum high-grade operation, although the company has key approvals in place to treble that.
Underpinned by updated reserves of 43.3Mt at 29.1% iron, the mine should deliver almost 18Mt of 65% Fe low-impurity product to the market.
The project has a net present value of $115 million and an internal rate of return of 32%, based on an average life-of-mine average mine gate domestic iron ore price of US$41/tonne using a conservative long term 62% Fe reference price of $75/t based on 18-year life.
With the iron ore price well over $100/t, there is substantial upside, particularly given mine operating cash costs of A$29/t.
The expected revenue over the mine life is over $1 billion, EBITDA is $533 million and average operating cashflows are estimated at $29.6 million.
Jambreiro would take just around $60 million to develop, an increase of $7 million, and payback should be achieved within two years.
As part of the BFS the company will look at dry stacking the Jambreiro tailings to avoid concerns about dam construction in Minas Gerais - and it could help facilitate future expansions.
While stage one is focused on the free-digging, friable ore total resource of 127Mt, the project also contains about 60Mt of compact ore.
Centaurus shares were last traded at 0.9c, below its peak of 1.1c a year ago. The company is valued at about $21 million, about 10 times its estimated cash position.

Centaurus finding its feet in Brazil 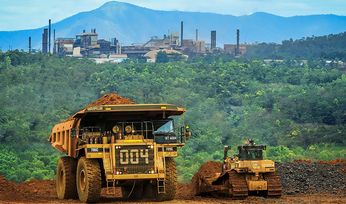 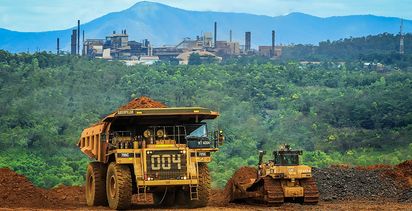