DESPITE being called “crazy”, Antipa Minerals’ move into the frontier Paterson Province just over a decade ago paid off for the explorer. 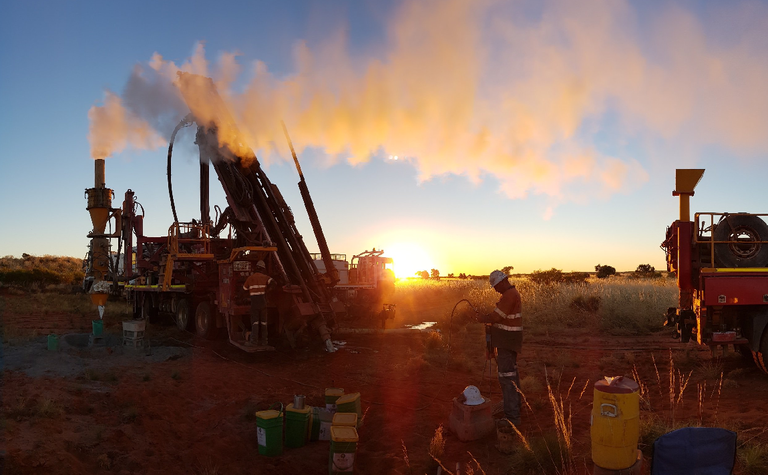 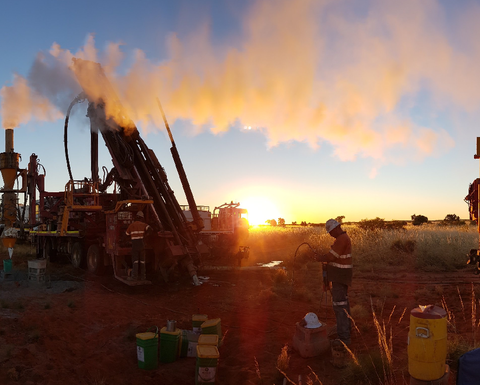 LionOre was acquired by Norilsk Nickel in 2007 for C$6.8 billion, which gave its former general manager of geology and now Antipa managing director Roger Mason to reflect on the success and ponder his next move.

"I had 18 months looking and had a few things on the go, but the one that sort of pushed most of my buttons from geology point of view was an asset called the Citadel project up in the Paterson Province," Mason recalls.

At that stage, Citadel was held by Centaurus Metals, which had refocused its attention on iron ore in Brazil.

Mason did a deal with Centaurus over Citadel and floated Antipa in 2011.

The first few years up there were lonely, as Antipa was the only active explorer in the region, and it also coincided with one of the toughest periods in history for junior explorers.

But Antipa had enormous faith in the Paterson Province.

"The Paterson had just been this sleeping giant," Mason said.

"The thing was, the only two mines up there were found in early ‘70s and early ‘80s, and really, post-'85, there's not been any consistent or dedicated exploration … so it's just very much unloved and particularly the area that was under cover."

"We made a couple of discoveries got Calibre in late 2012 and built that up a bit in the following year," Mason said

Access to capital was hard to come by, particularly for greenfields explorers.

"Due to the fact that we were looking for gold and copper deposits under cover, in a remote area of the Great Sandy Desert, in a province that hadn't had a discovery since 1980, or thereabouts, that had turned into a mine - and that was about 70km away - we were just told we were crazy most of the time," Mason said.

"The belief that the asset would deliver was strong."

The discovery of Calibre, which now has a resource of 2.1 million ounces of gold and more than 100,000 tonnes of copper, was an early success.

Antipa was able to raise incremental amounts of capital up until about 2017 and ensured that as much money went into the ground as possible.

To free up some of its cash, it farmed out Citadel to Rio Tinto, which had entered the region.

The following year, Greatland Gold discovered the Havieron deposit under 430m of cover.

"Then it was just game on, there was a boom from an exploration point of view," Mason said.

"We had the first mover advantage and so we were comfortable with our portfolio but then every single bit of ground, it didn't really matter if it was under a kilometre cover, was getting picked either by the majors or others.

"And the way a province develops over time, is that it ends up with a few giants on the discovery curve, Telfer being the current known giant of 32 million ounces, but then it'll end up with a whole series of deposits from 30 million ounces down to 10 million, 5 million etc, down to the rats and mice.

"We figured the graph was basically empty.

"The cover preserved the opportunity and we had a new generation of geophysical and some geochemical tools to apply. So that's what we did."

The Minyari Dome project, 35km from Telfer and 54km from Havieron, was picked up in 2016.

The company put all of the money it had into the project that year, resulting in a maiden resource of more than 720,000 ounces of gold the following year.

While Antipa's geological understanding of the deposit grew, it just didn't have the capital to take it forward until the discoveries of Winu and Havieron drew attention to the area and allowed the company to raise money.

In 2020, the company did two large farm-in deals with Newcrest Mining and IGO, which allowed it to focus on Minyari, which is an analogue of Havieron.

"Then we kicked off a drilling program with the objective of delivering a line of sight to a standalone development opportunity - that was the aim," Mason said.

The program was initially planned to be 20,000m but the strength of the results quickly saw it expanded to 54,000.

Antipa recognised the potential for an underground operation in addition to an open pit.

"So we just elected to grab the bull by the horns, keep doing extensional work or exploratory work and also doing infill drilling to get a solid foundation of indicated resource for a scoping study, potentially," Mason said.

The discovery cost per gold equivalent ounce was about $7.20, while ounces per vertical metre are roughly 3300.

The company currently has an RC and a diamond rig on site, working at Minyari to potentially increase the ounces per vertical metre and to follow up a number of smaller discoveries made last year.

The resource gave the company the confidence to push ahead with a scoping study, which is due in the current quarter.

Antipa is confident the project will then move to a prefeasibility study, with the preference being a standalone operation.

Antipa Minerals is a nominee for Explorer of the Year in the 2022 MNN Awards. 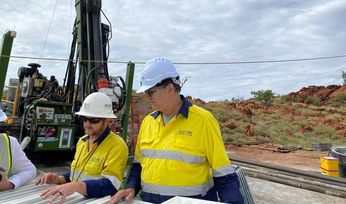 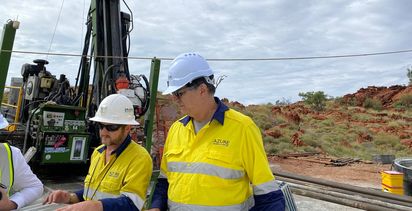