CHALICE Mining managing director Alex Dorsch said it could be years before the company fully understands what it has on its hands at its Julimar project, 70km northeast of Perth. 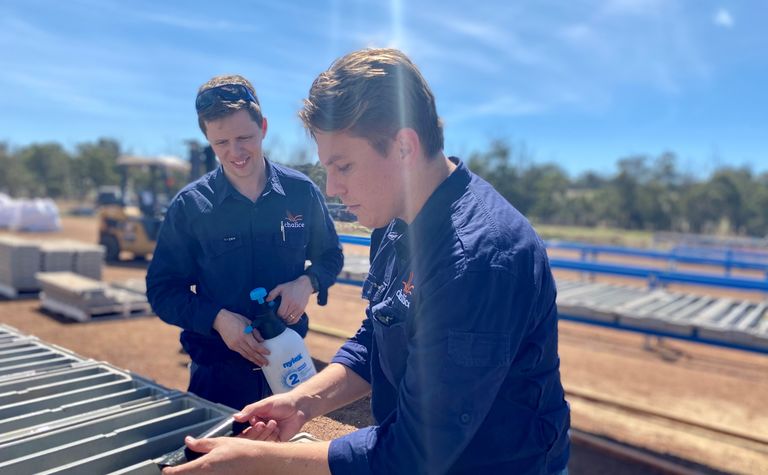 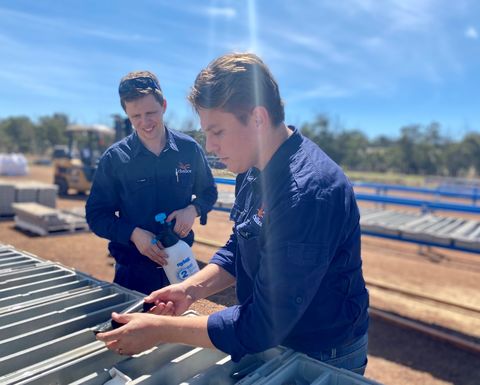 The discovery is only 15 months old but Dorsch admits drilling sometimes throws up more questions than answers.

"As we drill, you would think it gets simpler and simpler but it's almost like we get more and more surprises and new zones and intercepts and slightly different mineralogy," he told MNN.

"I think it's just going to be like that for the next three years because as we keep drilling, it'll just morph slightly - a bit of a copper thing there, a nickel thing here. It's just amazing."

Since then, 11 shallow zones have been defined at the Gonneville Intrusion, which now measures 1.8km by 900m and is open to the north.

Chalice's drilling has been so successful that it forced the company to delay a mid-year maiden resource from mid-2021 until late in the September quarter.

"Because we purchased a farm on the eastern side of the deposit, we're wanting to get a few holes done on that farm to constrain it on the northeast side, so we're doing that now and we want those results to go into the resource," Dorsch said.

The resource will target the first 250m from surface. Chalice is aiming for much of the resource to sit in the indicated category, based on 40m by 40m spacing.

The company wants as much of the resource in indicated as possible, so it can be converted into a reserve for a scoping study early next year.

"We'll also have the high grade where it extends below 200m, we'll have some of that in indicated as well.

"We can't sort of sit here and drill for 10 years, we have to put out some numbers.

"We have three separate resource geos working for us because it's a beast."

The resource will be reported in a palladium equivalent figure.

"We are still seeing that there's palladium everywhere - there's not much mineralisation in the deposit without palladium," Dorsch said.

"All the other metals are a bit more variable.

"Calculating a palladium equivalent requires putting a recovery for each of the metals and then that requires you to have done some detailed testwork, so it's not quite there yet, but by the time we get the resource out, we'll paint that picture in palladium equivalent, which we think will be useful and probably easier to understand.

"What we don't want people to think is that it's just palladium. The quantum of nickel and copper, and less so, platinum and gold, is material.

"The challenge is conveying that this is a big asset with a basket of commodities but what's in the basket changes."

Chalice has seven rigs working on the resource drill-out and is spending about $5 million a month on exploration.

More than 450 holes have been drilled with assays still pending for more than 130.

Another 24km of the Julimar Intrusive Complex remains unexplored.

Given Hartog sits within the Julimar State Forest, Chalice is still awaiting approval to drill, but hopes to be given the go-ahead shortly.

"We're drilling out the first one, but I would not be surprised that by the time I retire, there's still discoveries being made - that's what gets me so excited.

"How many times in the last 25 years has there been a province-defining discovery? Nova-Bollinger was one. The excitement created around those types of discoveries is the ones you want to be involved in."

Chalice believes it is just scratching the surface a new district, the West Yilgarn nickel-copper-PGE province.

"We physically couldn't put a 1200km by 150km corridor into an exploration license - we literally wouldn't have been able to survive," Dorsch said.

"We had to cherry pick and we used the best of the best tools and minds out there to do that, so I'm confident we've got 90%-plus of it."

Caspin Resources had existing ground in the district, 40km from Julimar, and Chalice invested in its 2020 IPO and holds 9.2%.

"We can't do everything. Strategically it actually makes sense to have some second tier, third tier targets sitting in other companies, because it's not our money they're spending. I think we've got a balance there," Dorsch said.

Unsurprisingly, the Julimar discovery has led to a rush of companies securing ground in the area, with two new juniors with nearby tenements, Charger Metals and Burley Minerals, listing on the ASX last week.

Chalice is obviously keeping a close eye on all of the region's other players.

"The risk is if you have one epicentre, there's typically a lot of smoke surrounding the epicentre and you can spend a lot of money trying to understand smoke that never leads to fire. And that's the risk for the nearology guys," Dorsch said.

Chalice shares are up more than 5000% since the discovery, culminating in the company's admission to the ASX 200 last month - a first for a pre-resource explorer.

The company has a current market capitalisation of $2.6 billion.

"The doors that have opened now to different institutional investors is really noticeable and I think we're ready for that," Dorsch said.

"We're not sailing blindly into the night trying to avoid icebergs, we're geared up, we're ready for the profile to go up.

"We're doing the right work you'd expect us to do in the background on governance, on sustainability which is so important now."

While Chalice was one of the best market performers of the last financial year, there are still plenty of catalysts ahead with the big one being the resource.

"It'll be interesting to see how the market reacts. I suspect we've done the right level of engagement and there's lots of interest and lots of modelling going on in the background - some of which I know about and a lot of which I don't," Dorsch said.

"We'll have to see when the resource goes out, when we've done some drilling in the forest and when there's a scoping study, then by that stage, which is maybe only 12 months away, there'll be a much better handle on how to value Julimar I think.

"Time will tell, so another busy year ahead."

Chalice Mining is nominated for Explorer of the Year in the 2021 MNN Awards for its Julimar nickel-copper-PGE discovery. 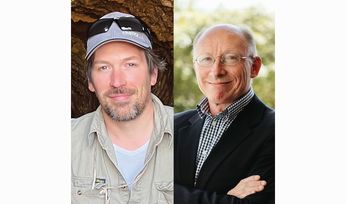 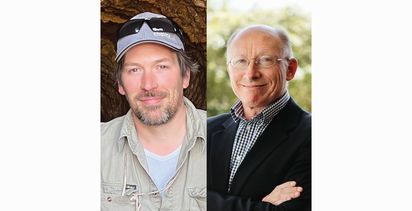