CHALICE Gold Mines, under managing director Alex Dorsch, has long made it clear its strategy is to discover world-class deposits. 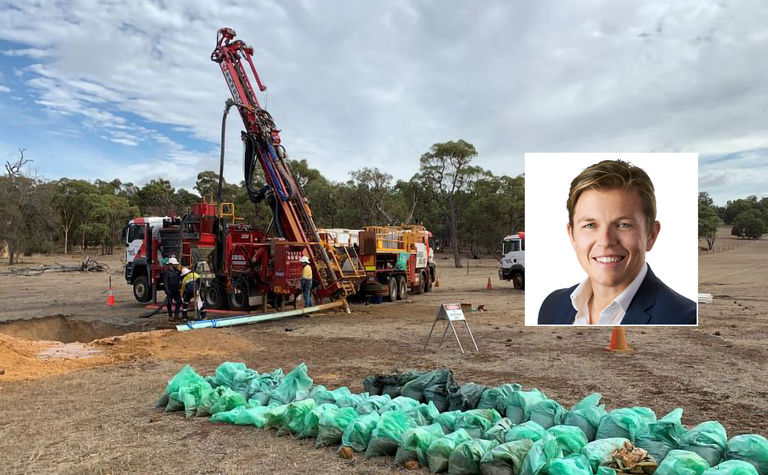 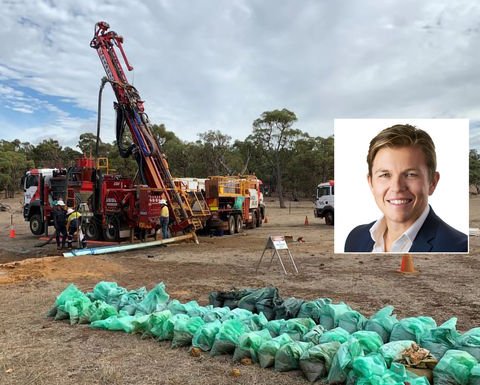 If something doesn't meet its targeted size, it's moved on quickly.

The company has generated more than A$100 million from project sales in recent years and its strong balance sheet has allowed it to think big.

Dorsch said the story of the new Julimar discovery began at least five years ago, well before he joined the company in 2017.

The company was then run by Tim Goyder, with Dr Kevin Frost, who won the 2009 AMEC Prospector of the Year award for his part in the Spotted Quoll nickel discovery, appointed as general manager, exploration, a role he still holds.

"Tim brought on Kevin and started him on the path to find an advanced nickel project," Dorsch told MNN.

Chalice just missed out on buying three different advanced projects around the world, when it decided to focus on making a nickel discovery.

"We spent as little as possible to move these things along," he said.

The Julimar project, 70km north of Perth, was pegged in the first half of 2018.

The company worked on the project "in the background" to its then-flagship Pyramid Hill gold project in Victoria.

Dorsch said the company was trying to work out why there were random nickel occurrences in different datasets.

"We were trying to work out why no one had drilled a hole," he said.

"It's so wild out there - there's not a drill hole anywhere near this."

Dorsch said the fact that BHP had previously "put a big X over the area" may have deterred other explorers.

The target that led to the discovery was actually identified in the September quarter of 2019, but Chalice needed time to negotiate access with the farmer who held the land.

"It was a real screaming target that we probably could have talked about in the market … but there are so many red herrings in nickel sulphide exploration," Dorsch said.

In March, Chalice surprised the market with a stunning hit at Julimar.

The superlatives flew in thick and fast with Sprott describing the hole as "remarkable", Bridge Street Capital Partners as "extraordinary" and Red Cloud Securities as "spectacular".

Both Bridge Street and Euroz Securities likened it to Sirius Resources' Nova nickel-copper discovery in the Fraser Range in 2012.

MNN's own Strictly Boardroom columnists Dr Allan Trench and John Sykes yesterday said they had "never seen a drill-hit of the quality of the Julimar intersection not turn into a future mine".

While shares in Chalice more than doubled on the day the discovery was announced, it made the team nervous that they wouldn't be able to live up to the hype with further work.

"That first hole made us a wreck," Dorsch said.

"It did scare us a little bit."

While the second hole didn't live up to the first, it didn't detract from the discovery and helped Chalice with its understanding of the mineralisation.

The discovery had opened up a new mineral province and sparked a nearology rush from other explorers.

Opaxe ranks the hole, which converts to 972.62gpt gold equivalent, among the top 10 drill holes reported globally so far this year.

The Gonneville Intrusive is modelled as a 1.6km-long by 0.7km-wide irregular shaped intrusive body (or chonolith), considered a favourable geometry for large-scale magmatic sulphide deposits like Jinchuan in China and Kabanga in Tanzania.

The company said the fact that PGE-rich disseminated sulphides had been intersected in every hole indicated the deposit could be of a very large scale.

The Julimar Complex extends for a further 24km and is yet to be drilled. The company is seeking approvals to drill, given the project sits within a state forest.

In the meantime, three rigs are drilling Julimar with a view to define a maiden resource by June 2021.

"Our view is this is a world-class asset in the making," Dorsch said.

"We've only really touched the tip of the iceberg - it's highly likely we find more."

Dorsch said it was the company's own EM work that led to the discovery.

CSIRO had done some work in the area, but missed the Gonneville Intrusive given it is surrounded by roads on all sides.

Prospector Mark Creasy had drilled a few holes for vanadium nearby.

"He arguably just missed it, CSIRO just missed it - we're the third or fourth guy on the scene but we just did that little bit extra," Dorsch said.

"It just takes something of a different thought process and a hunger for discovery."

Dorsch's second child was born about two weeks before the discovery was made and the company was grappling with working from home during the COVID-19 lockdown.

"The other super uncanny thing is we announced the discovery at the very bottom of the market. Since then, I've been made to look very good," he laughed.

Dorsch has degrees in finance and mechanical engineering and spent much of his early career in oil and gas before going on to be a specialist consultant with McKinsey & Co.

Dorsch said he was often embedded in exploration and development teams to work out where to extract value for management. It was those same teams that were crying out for funds.

He spent nine months out of every year travelling and in 2017, his wife Hannah was pregnant with their first child.

It was around that time in West Perth when he met Goyder for the first time, then Chalice's MD and largest shareholder.

"Within an hour and a half of sitting down for a coffee I was asking ‘where do I sign?'" Dorsch said.

Dorsch said Chalice's big cash balance and technical team made it hard to say no to.

"I haven't looked back since," he said.

Dorsch initially signed on in a corporate development role, but in early 2018, he took over from Goyder as MD.

"Since joining Chalice in 2017, Alex's progression to managing director has been a reflection of his intellect and ability to lead - a powerful combination which has allowed him to become a truly excellent company representative and manager," Goyder said.

"He is very driven to strive for the best outcome in every scenario for our stakeholders, and his ability to promote and explain the Chalice vision is second-to-none.

"He is a natural-born leader and has also done a fantastic job in guiding and building an exceptional team, and under his management I believe the future of Chalice is in very capable hands."

Gonneville could be the first of many discoveries 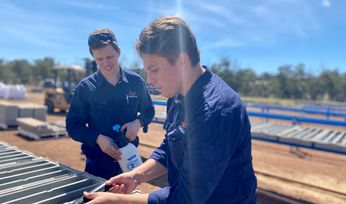 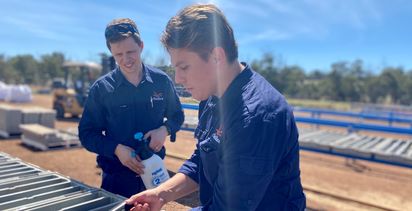