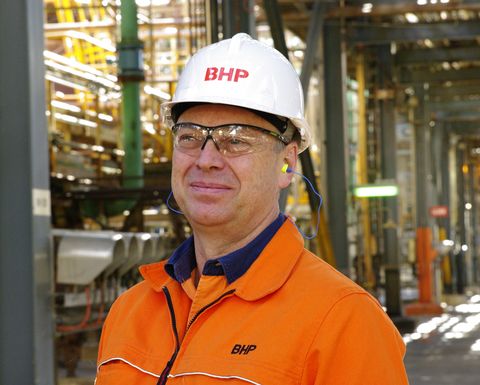 Haegel stepped down last Friday and was replaced as of Monday by Jessica Farrell, but he spoke at Diggers & Dealers in Kalgoorlie this morning.

He used his presentation to announce a planned expansion of the Mt Keith concentrator.

"We currently have two SAG mills at Mt Keith, both 9 MW each," Haegel said.

"The Mt Keith concentrator expansion will involve installing a third and much larger 16MW SAG.

"Together with the modernisation of the flotation circuit, we will increase the concentrator from 10.5Mtpa to 12Mtpa and eventually 15Mtpa."

The new SAG mill has been ordered from Metso Outotec before final approval at the end of the year.

Haegel said the modernisation of the Mt Keith concentrator offered the opportunity to materially improve recoveries from the orebodies in and around Mt Keith.

The company will next year complete the first ever commercial installation of new Concorde cells from Metso Outotec to increase recovery of ultrafine nickel particles.

"We have also committed to installing flash flotation into the Mt Keith concentrator's grinding circuits, with both circuits expected to be completed by the end of FY22," Haegel said.

"This expansion of the Mt Keith concentrator is possible because our Mt Keith Satellite development - 6 Mile Well and Goliath pits, go into full production rates and because we will, in parallel, recommence mining operations in the long-standing Mt Keith pit.

"The next stage of the Mt Keith pit - stage one - will provide a total of 88 million tonnes with steady state feed commencing from financial year 2024. This will involve a 50% increase in mining activity this financial year with new Liebherr 9600 and 9400 excavators being added to the fleet."

At Leinster, the Venus underground is also now in full production and Nickel West's first ‘baby' block cave, Leinster B11 is advancing as planned.

"Several options are available but one of the most attractive is to complete exploration at Cliffs underground mine and extend its mine life again.

"To support this ambition, development of a new roadway to connect the northern and southern mining areas at depth will be completed this calendar year. While this connection will improve ventilation and de-risk mining access, it also offers a substantial 1000m exploration platform to extend the mine at depth."

"Together, these investments will underwrite Nickel West's growth in equity production at an 8% CAGR up to the smelter rebuild [in 2025]."

"Nickel powder is now being diverted to the nickel sulphate plant and stored in overhead bins in preparation of starting operations. This will be completed in the coming weeks with first crystals expected in the September quarter," he said.

Haegel said construction delays had allowed Nickel West to explore ideas to further increase the dissolution rate and increase production of our stage one plant.

"We have developed a process in the main part of the refinery to produce even finer powder, which means it dissolves faster, and we have tested the impact of adding small quantities of hydrogen peroxide to the leach reactors," he said.

"Together, these initiatives have demonstrated significant improvements in the production rate of the new nickel sulphate plant and provides us the confidence that the new facility has the potential to exceed 100,000tpa, remaining one of the largest in the world - and an Australian-first.

Haegel said the timing of the plant could not be better.

"Last year, demand for nickel sulphate was poor and premiums low as the destocking process ensued," he said.

"Today, with high growth rates ahead of us, nickel sulphate premiums are at some of the highest levels in years and demand from our customers is strong."

One of those customers is Tesla, with BHP signing an offtake deal with the carmaker last month.

"BHP will also collaborate with Tesla on energy storage solutions to lower carbon emissions, through increased use of renewable energy, paired with battery storage," Haegel said.

"Nickel West is one of the most sustainable nickel producers in the world and well placed to support our partners in the battery value chain to achieve their goals." 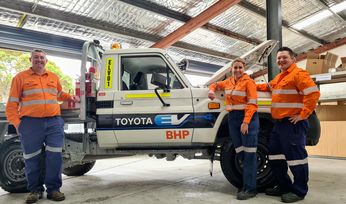 Diggers signs off with awards