CAMBRIDGE House is set to host a blockbuster Vancouver Resource Investment Conference on January 19-20 as increasing precious metals prices have seen a renewal of interest in the junior resource sector. 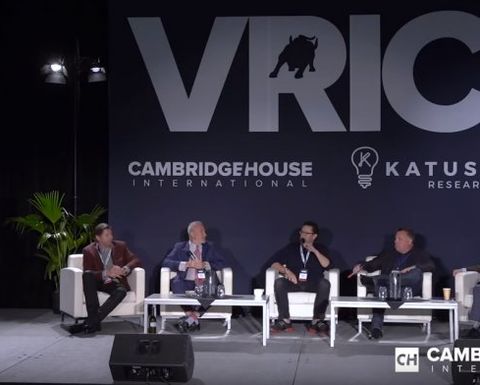 A panel at VRIC 2019 in Vancouver, Canada

"For the first time in six years gold is the great narrative. In recent years it has been a contrarian message, but it is now mainstream," president and CEO Jay Martin told MNN sister site Mining Journal.

Cambridge House has signed up 365 exhibiting companies and expects between 6000 and 8000 investor delegates.

"A rally in the gold price always gets the retail investors excited. There have been a strong two months for gold and that will impact the event," Martin said.

Martin believes retail investors are ready to come back into the junior market as the nature of their questions to him has evolved since the 2019 show.

"Last year, people were asking about a lot of macro stuff, but this year they are very much asking about juniors and their projects again," he said.

Further evidence comes in the shape of The Deal Room, a private setting in the heart of the trade show floor for pre-scheduled, one-on-one meetings, open to its Pangea Club, whose membership has increased to more than 400 people.

"Pangea is our high net worth club, and we will have over 1000 one-on-one meetings at the event," he said.

Martin is also looking forward to the speaker program, which features notable figures from outside the junior mining space, such as Lord Conrad Black, founder of Canada's National Post newspaper.

"I am excited and also a little intimidated to interview Lord Black given all the things he has seen and his massive influence in the political world. He has become increasingly vocal about the Canadian resource sector so it will be an interesting time," he said.

Another coup on this year's speaker program is Peter Brown, the founder of Canaccord Genuity who retired in 2014. At its height the firm was the most important Canadian brokerage for financing the junior sector.

"Peter is one of the most influential people in Canadian financial markets in the past three decades and he is also becoming more vocal about Canada," said Martin.

Keynote speakers also include Marin Katusa of Katusa Research, Rick Rule of Sprott US Holdings, Frank Holmes of US Global Investors and Ross Beaty, founder and chairman of Pan American Silver and a key figure behind Equinox Gold, which recently agreed a merger with Leagold Mining to create a significant Americas-focused precious metals producer.

VRIC continues to sway with the times, and while the event will be dominated by gold juniors, it will also feature new content about rare earths given potential supply risks as a result of the US-China trade dispute, as well as featuring Greenland as an emerging territory for mineral exploration and development. 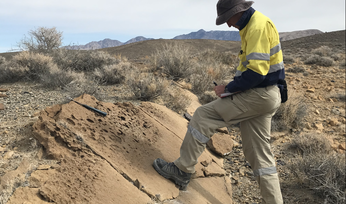 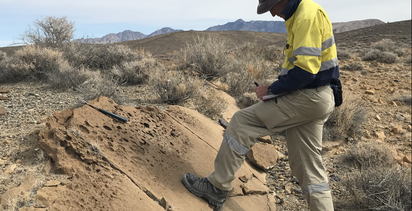 Tabakoroni shaping up for Resolute