AZURE Minerals has changed its fortunes with a significant greenfields nickel-copper resource at Andover in Western Australia’s Pilbara over the past two years, and now says it is starting to see significant scale of the previously overlooked Southern Mineralised Corridor (SMC), which could be up to 10km long. 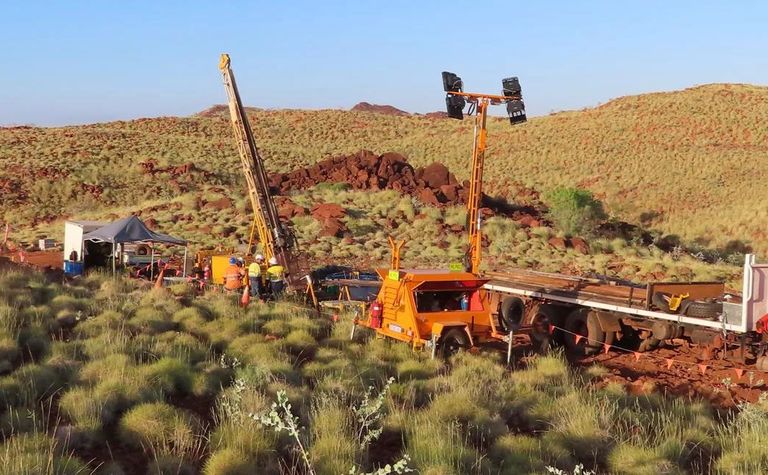 Azure has two rigs in the field

The explorer, which earned 60% of the leases from Creasy Group (now 40%), has named the more than 4km-long nickel-rich mineralised belt within the Andover project where it has conducted most of its work, saying the SMC is a visually distinctive intrusive rock which hosts all nickel-copper-cobalt sulphide mineralisation discovered to date, and that indications are it could continue for another 6km to the east.
Work to date has focused on the 75,000 tonne Andover deposit, which gained a maiden resource in March, and several earlier stage discoveries and targets at Ridgeline, Seaview, Atrium and Woodbrook.
Ridgeline, where resource drilling is ongoing, has returned intercepts such as 4.5m at 3.95% nickel, 0.8% copper and 0.16% cobalt in massive sulphides.
Initial drilling at Seaview and Skyline had intersected similar widths of disseminated sulphides, but at lower grades.
Atrium, which is considered a close analogue to Andover, is now being drilled to test a strong, bedrock-hosted, fixed loop electromagnetic an outcropping gossan with up to 1.1% nickel and 0.5% copper.
Woodbrook is a mix of nickel and copper at surface, peaking at 0.63% nickel and 1.4% copper, in an area with no ground EM coverage - something Azure intends to rectify soon, with drilling to follow. There is, however, a coincident airborne EM anomaly.
Azure managing director Tony Rovira said most of the mapped gossans defined so far have no indications of past work, and even his company has barely scratched the surface between Atrium and Skyline, with little in the way of even surface mapping. 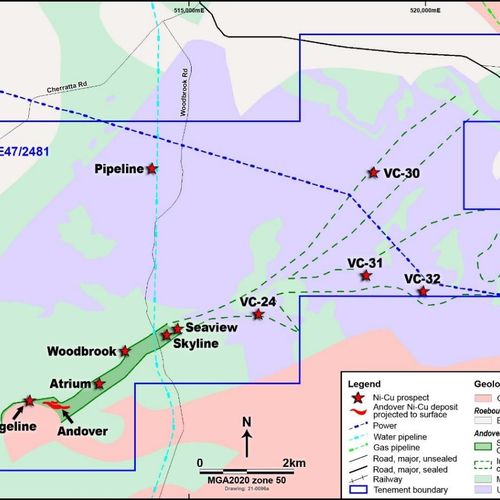 Its initial work suggests the SMC may continue to the east of Seaview, with at least four EM anomalies defined from regional airborne surveys: VC-24, VC-30, VC-31 and VC-32. That area will be an increased focused over the back half of the year with mapping, sampling and surveys.

Rovira said the fact there was almost no cover across the Andover project, and that most of the rocks were exposed at surface, allowed its geologists to easily and accurately map the SMC between Ridgeline and Seaview.
He said the outcropping mineralised gossans are likely to represent massive nickel-copper sulphides at depth.
Azure has two rings in the field.
It is also looking to better define the Pipeline prospect, about 4km to the north of the Andover deposit, where earlier drilling intersected anomalous nickel, copper, platinum and palladium.
Diamond drilling is planned to commence by mid-year.
Azure's last reported cash position was A$14.5 million.
It counts Deutsche Balaton (17.3%) and Creasy Group (16.2%) as its two largest shareholders. Kerry Harmanis also owns 1.6%.
Azure shares were up 2% this morning off low volumes to 28.5c, valuing the company at $87 million.
The stock has traded between 20c and 47c over the past year. 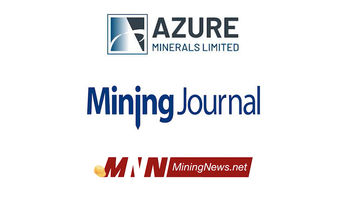 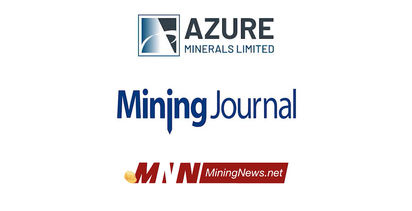