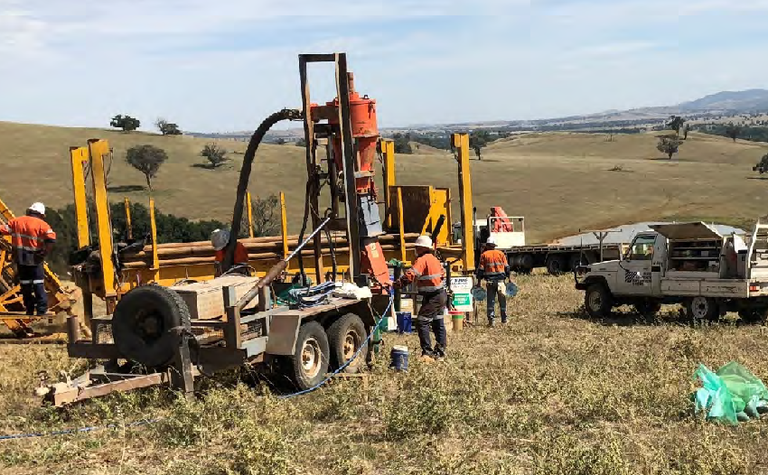 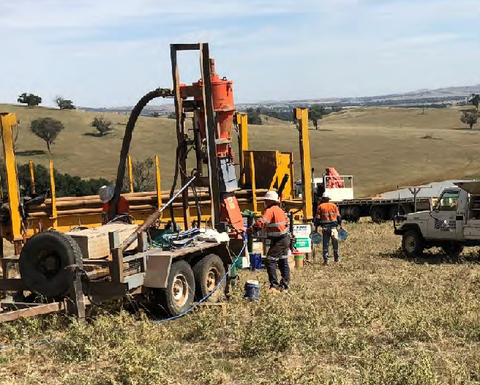 Helix shares more than doubled last month after the revelation of 29.5m of sulphides from 348m, with the best chalcopyrite zone between 351.5-365m, and the assays from CANDD002 have confirmed the red metal hit with 14m grading 4.22% copper from 352m downhole, including 3m at 7% and 4m at 5.9%.
Helix managing director Mike Rosenstreich said the confirmation of the thicker-than-usual shoot was a positive surprise, within a program that was successfully extending the broader Canbelego copper lode structures by up to 200m.
The same hole also indicated second mineralised position higher in the system that could be a second lens or structural repeat of Canbelego and assayed 2m at 3.1% from 118m, within a wider halo from 110m.
That hole was the second in the program, and was drilled 90m down-dip of the known Canbelego mineralisation, and a further 80m below the 24m of copper sulphide intersected in the first hole, which has now assayed as a "more typical Canbelego-style" interval of 11m at 1.1% copper from 270m, with 2m at 3%.
The program has now successfully completed four holes, with 23m of sulphides in the third; and 4.8m in the fourth, drilled up-plunge of CANDD002, testing for shallower extensions of the higher-grade shoot.
A fifth hole, testing a down-plunge position of the high-grade shoot is underway, but has been impeded by the weather.
The partners are planning to complete more downhole electromagnetic surveys in the two final holes after DHEM was successfully used in the first three holes to define strong off-hole conductors, which will help vector into high-grade mineralisation.
The pair wants to drill more holes, but the wet weather is causing access issues, with the explorers keen not to damage farm access tracks.
Canbelego has an inferred JORC 2004 resource of 1.5 million tonnes at 1.2% for 18,000t copper.
Helix is planning to update the resource at the completion of the drilling program, which has already been extended with two holes.
A surface moving loop EM survey is underway over the broader Canbelego area to follow-up anomalies defined by an earlier VTEM survey that defined bedrock conductors at Canbelego and Canbelego West.
The project is about 30km from Aeris' Tritton operations and sits on the Rochford Trend.
Helix moved to raise A$4 million in May after its thick intercept at 2.7c.
The junior's shares were off 9% with the firm assay results, at 3.1c. The stock peaked at 5.1c last month, and has traded as low as 0.08c over the past year. At current levels it is capitalised at $42.6 million.
Aeris' stock was steady at 20c, valuing the copper-gold miner at $442 million. 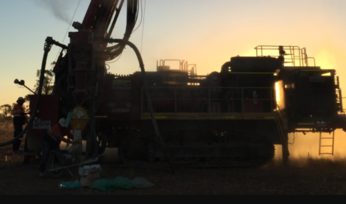 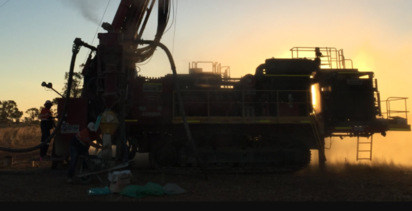