RESOLUTE Mining paid a premium for Mako gold mine ounces via its US$286 million acquisition of privately-owned Toro Gold, and a 1.1% Taurus royalty on production, but its subsequent enhanced life of mine plan and the evident fertility of the district in south-eastern Senegal underline the importance of the deal to the company. 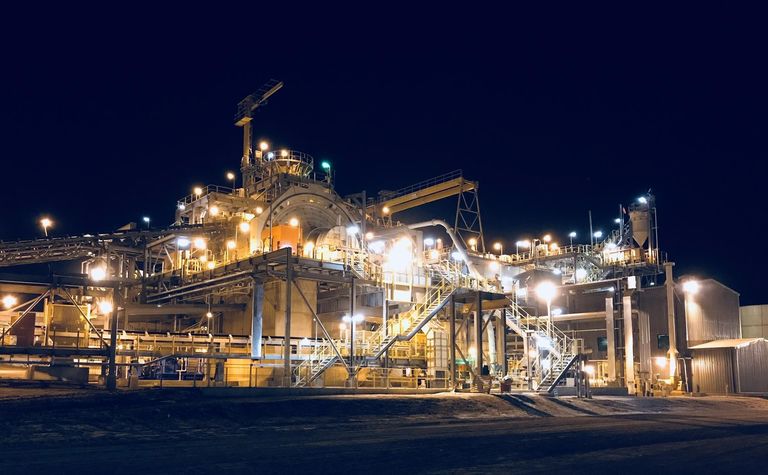 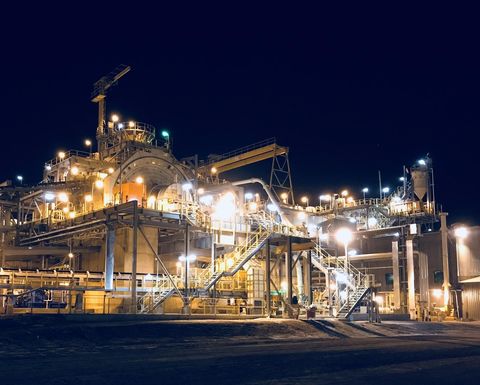 Mako gold plant in south-eastern Senegal. Among the shining gold acquisitions of 2019-20.

Buying a derisked asset with proven strong cash-generating capacity in a buoyant gold market has proved a boon for Resolute post the July 2019 acquisition, even though the company subsequently suffered significant value loss from a plant shutdown at its flagship Syama operation in Mali and then the March 2020 COVID-19 market meltdown.

Resolute was near five-year high share trading levels after the Toro deal, and ahead of the Syama problems, and has clawed back some of the lost ground since March this year to return to a A$1.4 billion market capitalisation.

The company's revised LOM for Mako has it producing an average 140,000ozpa for the next five years and 900,000oz over its remaining seven-year life (including this year's output) at AISC of US$848/oz.

Resolute CEO John Welborn said the company's new LOM schedule for Mako added 350,000oz to its original mine plan - a "material" increase. Since its start-up early in 2018 until June 2020 the mine has produced a total of 423,703oz at AISC of US$719/oz. "This initial extension of the mine life at Mako will be further reinforced by our investment in the significant untested exploration potential of the region," Welborn said.

Mako is about 50km from Teranga's flagship Sabodala operation. Teranga, with a current market value around US$1.95 billion, paid US$146/oz for Massawa's 20.9Mt of 3.94gpt (2.6Moz) of reserves, ahead of US$256 million of phase 1 and 2 development capex. Massawa, 90%-owned with the Senegal government, was envisaged by Barrick as a standalone, $413 million project producing circa 200,000ozpa.

Teranga CEO Richard Young said the company's Sabodala-Massawa integrated project PFS confirmed the Barrick pick-up as "truly transformational for Teranga" repositioning the company as "a leading mid-tier gold producer with one of the lowest all-in sustaining cost profiles in the industry". Young said more than 12Moz of measured and indicated resources had been outlined in the south eastern Senegal region over the past several years at Massawa-Sabodala, Golouma, Makabingui and Mako.

Welborn said exploration activity at Mako in 2020 had been limited by COVID19 restrictions but would recommence soon. Significant intersections in the north-eastern end of the Mako openpit would be followed up to "outline the full extent of this zone", and RC drilling is also planned to evaluate the Tomboronkoto prospect 15km south-east of the mine.

"A more comprehensive regional exploration program is being designed to test new targets on satellite prospects contained in Resolute's regional tenement package. In addition, the potential for new joint ventures or acquisitions of prospective ground within trucking distance to Mako continues to be evaluated," the company said last month.

RBC Capital Markets' James Bell said Welborn was an "entrepreneurial guy and he likes to be active in the M&A space".

The Toro Gold/Mako acquisition was a "very good transaction" for Resolute.

Bell said the company, dual-listed in London and Australia, "would probably like to be a [West Africa regional] consolidator".

"I think they need to prove that Syama can operate consistently and make good money … I think that will probably be the first priority for them," the analyst said.

Cardinal Resources, among the regional targets with its 5.1Moz of proved/probable reserves at Namdini in northern Ghana, looks like it could be bought for less than US$60/reserve oz, ahead of a proposed circa US$400 million project capital spend.

Resolute Mining has been nominated for MNN Deal of the Year for the Toro Gold acquisition. 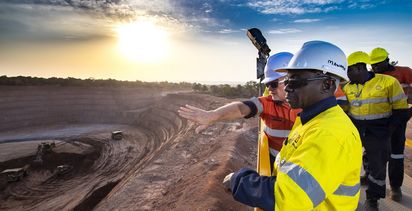