WHEN Barrick Gold launched a process to sell its 50% stake in Kalgoorlie’s Super Pit, Saracen Mineral Holdings wouldn’t have been the first name to spring to mind as a likely buyer. 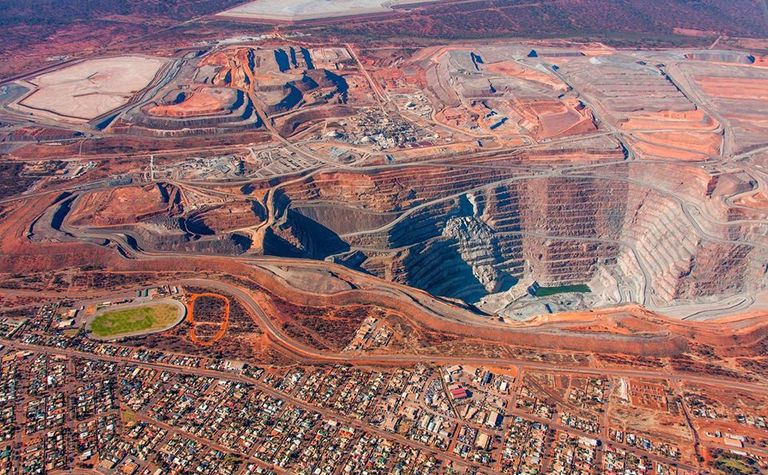 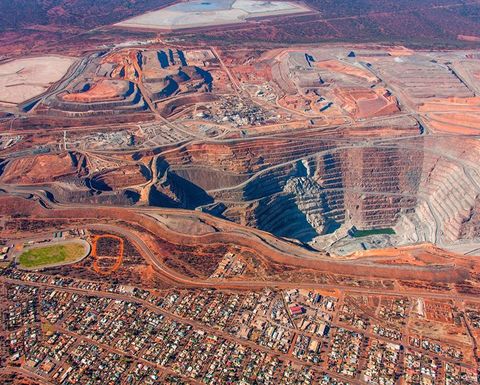 An aerial shot of the Super Pit in Kalgoorlie

Barrick had tried to sell its stake in Super Pit owner Kalgoorlie Consolidated Gold Mines in 2016, but China's Shandong Tyan abandoned a rumoured A$1.3 billion bid due to tightening Chinese regulations on foreign investments.

The company retained the stake but as soon as it merged with Randgold and brought Mark Bristow in, a sale seemed inevitable when he described the asset in February 2019 as a "big old pit".

Given the future of the Super Pit was unclear following a 2018 pit wall slip, the 50% stake had widely been expected to sell for US$400-500 million.

Credit Suisse was again signed up to run the sale, and the usual names like Northern Star Resources, Evolution Mining and Zijin Mining were linked to the asset.

Northern Star appeared to have an edge over the competition when Bristow named the company as a front-runner in August 2019.

Despite having two bedded-down gold mines in the WA Goldfields, Saracen was seen as an outlier give it had to face off in a competitive process with miners more than double its size.

Saracen corporate development officer Troy Irvin told MNN the company hadn't even been invited to bid in the 2016 sale process due to its then-modest size, but had worked on boosting its profile in North America since then.

The company had done several small deals in FY19, and while it had completed due diligence on many Australian assets in the background, it's primary focus was organic growth.

According to Irvin, the setbacks at the Super Pit and weaker outlook provided an opportunity for Saracen.

"We probably couldn't have afforded it without the wall slip," he said.

Saracen spent eight weeks completing detailed due diligence before managing director Raleigh Finlayson flew to Toronto on the weekend of November 16, 2019 to sign the deal.

On November 18, Saracen was announced as the buyer of Barrick's stake with a $750 million bid.

"This was a dream come true when we got it," Irvin said.

Saracen had to raise a third of its then-equity, funding the transaction via a fully underwritten A$796 million equity raising at $2.95 per share, a 13% discount to the previous close.

According to Irvin, it was the fifth-largest Australian mining raising in 20 years and the third-largest in gold.

"It was a big deal but also logical," Irvin said.

Despite the size of the deal, it wasn't hard to sell it to investors.

It more than doubled Saracen's reserve base to 7 million ounces, or about 12 years of mine life, putting it second on the ASX behind Newcrest Mining.

The resource averages a "staggering" 45,000oz per vertical metre.

"This thing holds up globally on an endowment basis," Irvin said.

Saracen already had strong ties to Kalgoorlie and the Super Pit.

Finlayson was born in Kookynie in WA's Eastern Goldfields and educated in Kalgoorlie at the WA School of Mines.

He worked at the Super Pit for four years two decades ago. All up, eight senior members of Saracen's team worked at the asset for a combined 25 years prior to the company's acquisition.

Production is expected to remain below 500,000ozpa until at least 2023 while the east pit wall remediation is underway.

While Saracen is comfortable with a rise in its cost base in the short-term, it believes it can get AISC back down towards $1000/oz.

"We think we can lower all-in sustaining costs quite substantially," Irvin said.

Saracen's high hopes for the future potential of Super Pit got a further boost in December when Northern Star acquired Newmont Corporation's 50% stake in the asset for $775 million.

While Irvin said the company was happy to run the asset with a world-class miner like Newmont, Northern Star's buy had brought forward the upside.

The partners are due to report maiden JORC resources and reserves for KCGM, as well as guidance and more details on future plans in September.

Argonaut Securities expects a material increase in resources and reserves from recent drilling, particularly from the Fimiston South area and from previously unreported ounces outside of the existing resource shell.

"We note that historic workings extend down to 1400m below surface (plus-1000m below the existing pit) and mineralisation outside the current resource shell could contain 7.5-15Moz gold (Argonaut estimate)," analyst Matthew Keane said last week.

"We predict the JV will announce initial plans for an underground operation below the Super Pit and the potential commencement of an exploration drive to facilitate a R&R drill out at depth."

Even before articulating any upside for KCGM, Saracen shares have had a major re-rate.

Shares are well over double the November raising price, closing at an all-time high of $6.48 yesterday and rising as high as $6.75 this morning.

Saracen is now worth $7.15 billion and recently joined the ASX 100.

While its peers were looking (and buying) assets offshore, Saracen always knew it wanted to stay close to home, particularly knowing the market pays a premium for Australian ounces.

"That's only strengthened given the global backdrop at the moment," Irvin said.

Last year before Diggers & Dealers, Saracen had a site visit to its Carosue Dam and Thunderbox operations, billed as "See it all in one day".

"We could still see it all in one day," Irvin said.

Saracen Mineral Holdings is nominated for Deal and/or Merger of the Year in the 2020 MNN Awards for its acquisition of Barrick Gold's 50% stake in KCGM.

See who the judges voted as the standout players of FY20 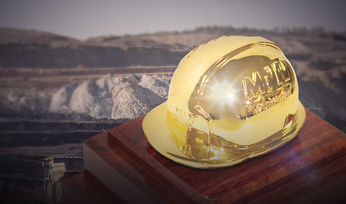 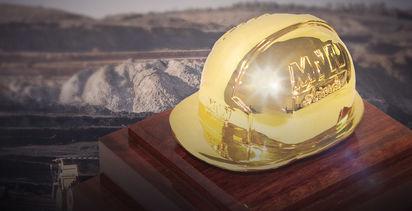