MAJOR Australian mining services and drilling contractor Perenti Global has bowed to the inevitable and suspended its half-year interim dividend payment of A3.5c per share until October in a bid to address the potential risks of the “worst financial crisis since the 1930s”. 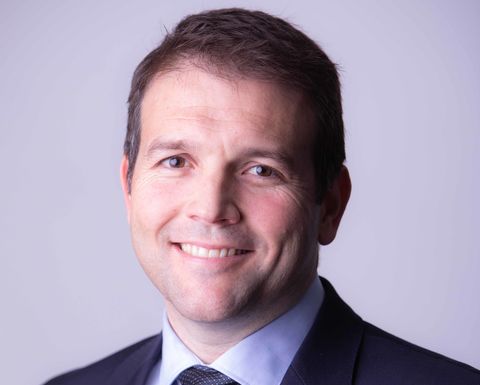 Perenti's Mark Norwell is hunkering down and looking to the future.

MiningNews.net is making some of its most important coverage of the
COVID-19 pandemic freely available to readers. For more coverage, please see our COVID-19 hub. To subscribe to MiningNews.net, click here.
Managing director Mark Norwell said Perenti would "prefer to move too early than move too late", and it was taking steps now because forecasting the future was "impossible" due to the coronavirus pandemic.
He said the company's decision to withdraw its guidance earlier this week was "not taken lightly", nor was the decision to suspend the dividend and reactivate its dividend reinvestment plan.
It was examining a suite of capital management initiatives to ensure the company was in the "strongest possible financial position in response to the COVID-19 pandemic and subsequent global financial impact".
It expects to keep $24 million in the kitty as a result of the dividend delay that, while not material to Perenti's finances, together with other initiatives such as deferring capital and tightening fixed costs, would allow it to prepare for the "invariable upside" at the end of the crisis.
While it is yet to be impacted by COVID-19, Perenti has established several taskforces to manage after its staff and logistics chains, maintain operations, and maximise cash.
Perenti has cash reserves $290 million, undrawn facilities of $90 million, equipment financing facilities available, and debts it expects to continue to service.
Operationally, Norwell said there had been no impact from its clients yet, which range from tier one clients to single-mine owners, as they continued to pay their bills, and Perenti continued to pay its own suppliers to ensure the health its supply chains.
Perenti was somewhat protected from a loss of contracts because it has limited exposure to exploration, which is likely to be curtailed globally, and it works primarily in ensuring the continuity of mining operations, he said.
The pipeline of future work appeared healthy, and Perenti submitted a new tender last week.
The most immediate impact might be a delay in taking over the contract at the Hemlo gold mine in Canada, which was due to start on April 1, but was not included in its financial 2020 guidance.
Perenti had asked among its expatriate staff for volunteers to stay at work in Africa and India, with a "good uptake". Indeed, some came back from leave early.
That's despite global airline shutdowns that could leave staff in place "for months" - but the company is examining charter flight options if required after April, if the world doesn't start improving.
Norwell said none of its customers had talked about mine shutdowns or suspensions so far, but that was ultimately in the hands of global governments, and impossible to predict.
To date, the firm has seen no impact on its financial performance, although it this week withdrew its financial year guidance of an underlying net profit between $115-120 million.
Downer EDI and Monadelphous Group are among others who have withdrawn guidance, and Downer delayed its $83 million interim dividend until September
Perenti had been considering a bid for Downer's mining services division.
Shares in Perenti were up 2% to 49c in early trade, having hit its lowest level since April 2016 yesterday.
The company, which was trading at around $1.60 at the start of the year, was worth $336 million at today's price. 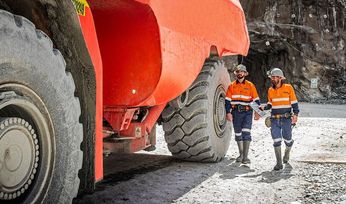 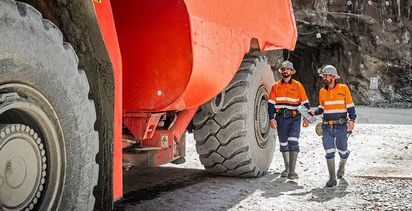