THERE aren’t many readymade replacements for the big zinc mines the world is losing. Ironbark Zinc’s (ASX: IBG) Citronen in Greenland is one of them. With a single major hurdle to be cleared before Ironbark makes its final push toward production, the company could be on the verge of one of the sector’s more memorable re-ratings. 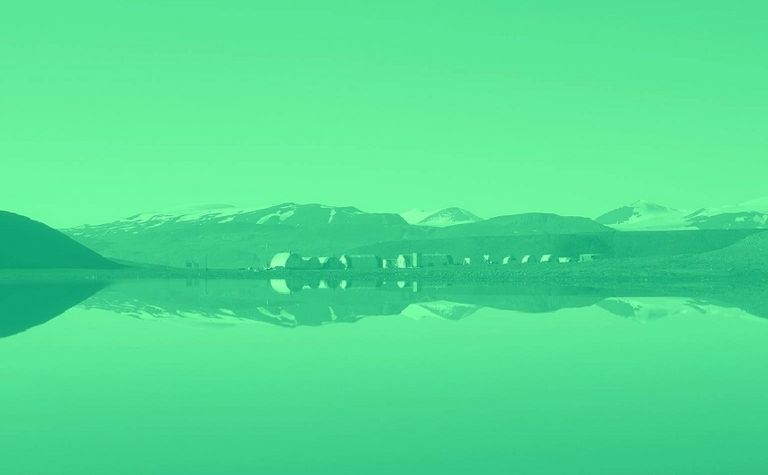 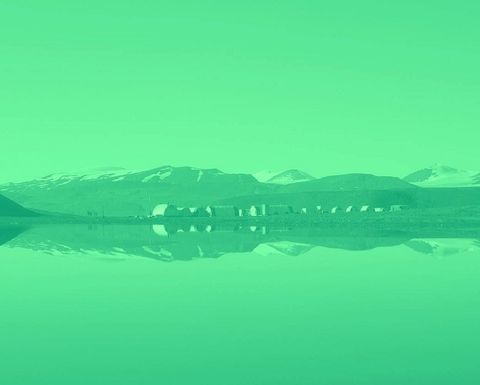 The company’s managing director Jonathan Downes doesn’t downplay the size of the hurdle in front of Ironbark – some US$430 million of project finance needed to put a 180,000-to-200,000 tonnes-per-annum zinc operation into production. But nor does he sell short the earning power of Citronen, which offers long-life zinc price leverage in a junior company space with precious few similar opportunities.

“A large-scale zinc mine is a fairly rare beast,” Downes says.

“We are looking at several options for financing and we remain confident that owning 100% of a large-scale and globally significant zinc project that has a completed feasibility study, with a recently granted mining permit – including the environmental permits – will see the project financed and in a position to embrace strong zinc prices.”

Ironbark is working with one prospective development partner, China Nonferrous Metal Mining (NFC), to convert its 2013 definitive feasibility study into a Chinese banking format with latest capital and operating costs by the end of September this year. Downes says this could enable financing to be closed soon after. “The plan then would be to commence mining in 2018 and shipping concentrate in 2019,” he says.

“In addition we are running a parallel process to update the feasibility study to incorporate current operating and capital costs using Western engineers.”

This work, to JORC standards, is expected to be wrapped up in about six weeks. 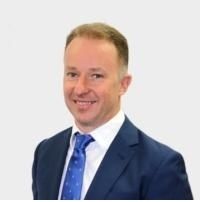 “We would plan to use the Western work to explore other funding avenues such as European Credit Authority (ECA) funding,” Downes (right) says.

“NFC has the technical ability to build the Citronen mine and the ability to assist Ironbark in financing the operation. They have 50,000 employees and are one of China’s largest state-owned enterprises. NFC owns and operates mines, process plants and smelters around the world, and has deep technical and construction credentials. For example, they are one of the largest copper producers out of Zambia.

“The process with NFC is going very well. The plan is for NFC to assist Ironbark to secure 70% of the project costs through debt and 20% would be direct project purchase. It is also possible to finalise all the financing out of China.

“This funding pathway has the potential to provide an exceptionally un-dilutive financing solution to developing Citronen.”

Despite the recent progress made on the financing front, and US$50 million spent building the reserve base (36Mt grading 6.4% zinc equivalent) and technically de-risking the project, Ironbark’s equity price uplift has been sluggish. The company, which has major zinc players Nyrstar and Glencore as key shareholders, and a senior management team with plenty of experience developing and financing significant projects, has certainly lagged the valuation trajectories of North American-based companies that have been advancing promising zinc ventures.

Downes says despite its standing as a big global zinc producer, Australia’s junior zinc equity cupboard is largely bare: “The majority of our zinc producers were taken over some years ago [names such as CBH, Perilya, Zinifex, and Jabiru Metals] and so we have no junior zinc focused miners operating to show the profitability of operating at these current high zinc prices.

“I believe this lack of understanding has seen the Canadian zinc space take off but leave Australian stocks behind.

“Still, Ironbark has slowly progressed through all the required steps towards mining and I think it will be substantially re-rated with the conclusion of the debt financing and then the full project financing.”

Others agree, with one prominent Australian resource broker citing “credible forecasts for zinc to peak near US$1.80/lb” and suggesting Citronen generated US$350-450 million of EBITDA at that level. Its Ironbark price target of A33c implies a market capitalisation around A$175 million versus the current $34 million.

Downes has recently highlighted the massive valuation gap between Ironbark and the likes of ASX-listed Terramin Australia (TZN/US$261 million current market cap), which has the flagship Tala Hamza zinc project in Algeria (68.6Mt at 4.6% zinc and 1.2% lead measured, indicated and inferred), and TSX-listed Arizona Mining (AZ/US$451 million), and its Hermosa project in the US (72.5Mt at 10.5% zinc equivalent, measured and indicated).

In common with these projects, Citronen appears to have huge exploration upside – possibly the best of the lot. 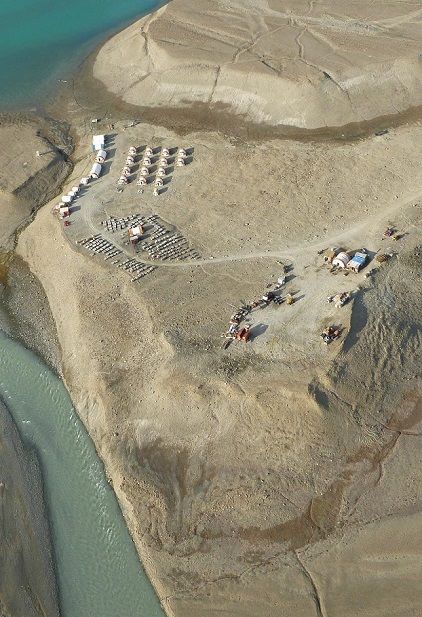 “We have defined only a small area of the prospective horizon for zinc mineralisation,” Downes says.

“Many of our orebodies are defined only by the extent of drilling so we consider the exploration upside to be enormous.

“We have insitu rock samples grading up to 18% zinc a kilometre away from any drilling.

“This is one of the most exciting aspects of the project which currently has a 14-year mine life; an extra two years if the inferred resources are included. We have 65km of diamond drilling into the current resource and given the size and scope of the project as it currently stands there was no immediate benefit to delineate more resources so that has curtailed our exploration dreams.”

“We consider Greenland is a stable nation that has a low sovereign risk profile and operates under European law,” Downes says. “It has tremendous geological potential, sharing some common geology with its neighbour, Canada.

“It is well located between Europe and North America and has access to both those markets.

“The government has built a mining school and has a history of zinc mining and is very supportive of developing the Citronen mine. In fact Greenland is looking forward to embracing the economic and employment benefits brought by establishing a mining industry.

“We are very comfortable operating in Greenland.”

Key upcoming milestones for Ironbark include the DFS updates, and financing news.

On the former, a 50% fall in diesel fuel prices since the last feasibility estimates should have a material impact on operating costs given Citronen’s diesel power dependency.

The zinc market has also seen recent strong improvements in smelter treatment terms in favour of miners due to increased competitiveness around the world trying to attract zinc concentrates.

Overall project cost escalation has been minimal in the time Ironbark was waiting for the Greenland government to grant its Citronen mining licence.

Citronen’s last reported all-in sustaining costs, including smelting and transport, had it producing zinc metal at around US71c/lb – a price that compares favourably with much of the new production planned to fill massive supply holes left by the exit of Century, Lisheen, Brunswick, Perseverance and other mines.

“Mining and processing at Citronen is very cheap, shallow and simple, producing a very clean and saleable product,” Downes says, projecting forward to a time when the major new project is in operation.

A time that now seems to be fast approaching. 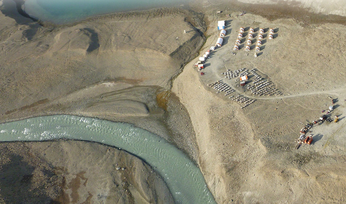 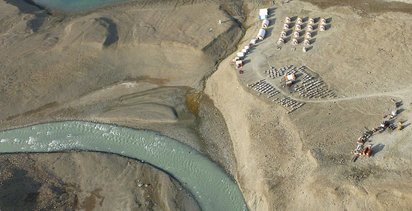