MICHAEL Hudson has been in the base metals business long enough to know high-quality zinc projects – particularly those in the hands of juniors – are rare, and being able to advance a good one quickly is paramount as the metal’s traditionally fickle fortunes turn. On both counts there are few places more appealing to him right now than Kilbricken in County Clare, where a diamond drill rig is kick-starting a process Hudson believes could soon deliver Ireland’s next zinc mine. 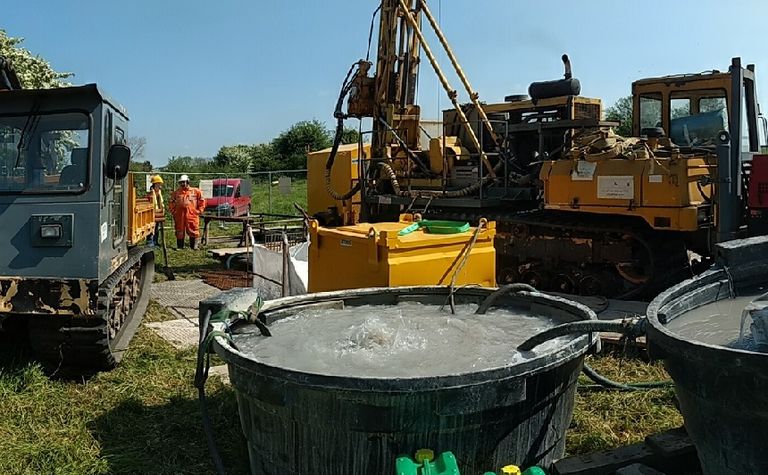 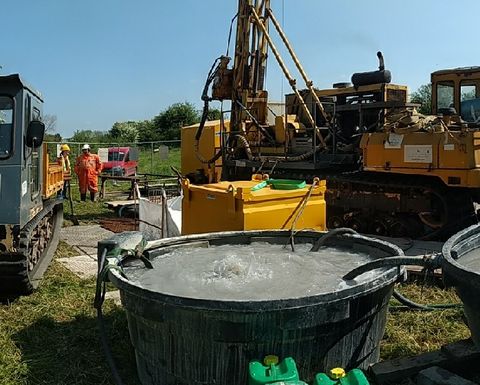 Hannan Metals’ maiden drilling underway at Kilbricken. More than 134km of recent drilling has been completed at the site

The CEO of Hannan Metals (TSXV: HAN) says the company’s 2016 transaction with Lundin Mining that gave it a US$25 million treasure trove of exploration data on the Kilbricken base metals deposit found 10 years ago beneath a 19th century mine was a game-changer for the small company, which has been among the standout performers in the global zinc equity space over the past year.

Hannan’s maiden drilling program – four diamond holes for 1,800m – is focused on validation of historic drilling, generating metallurgical test samples, and potentially extending known mineralisation. It is due to wrap up next month and the company already has independent geologists working on the maiden resource statement to follow shortly after.

Lundin, whose Ireland interests got shelved as it expanded elsewhere around the globe, completed 118km of diamond drilling at Kilbricken after private local firm Belmore Resources made the initial prospect discovery in 2007, at depth some 400m below the Victorian era mine that closed in the 1830s. In fact, a staggering 134km of drilling in 278 holes has been completed on Hannan’s 32,223-hectare property for ‘Irish-type’ carbonate-hosted deposits.

“In my experience, it has always been best to have your discovery well advanced at the start of a cycle and expand it towards economic viability during the upturn,” says Hudson, a geologist who started his career at one of the world’s major base metal mines, Broken Hill in Australia, and spent 10 years with integrated zinc giant Pasminco in the 1990s. There he worked with long-term business partner Mark Saxon, in charge of project development at Hannan, and forged other key relationships that became a prologue to successful international project development and financing in the zinc space.

“Hannan is very well positioned with a discovery and US$25 million sunk expenditures leading to a well understood mineral system with ample upside.

“There have been very few bona fide new zinc discoveries in the space for the last 20 years, and therefore a lack of zinc-mining, let alone zinc exploration companies in which investors can invest. It is our aim to quickly create a mid-tier Irish-focused and advanced zinc company during this cycle.

“In the mining business generally we have also seen permitting timeframes blow out at all scales – from drilling to mine permitting. So it is important to work in any jurisdiction which has done it all before with respect to exploration and mining.

“Importantly it is vital to focus on jurisdictions which do as they say, and Ireland is one of those places. The country has had more than 50 years of modern mining, with great examples of mines co-existing with communities. The law is well administered and timeframes, as advised by the authorities, are met.

“That means issuers can execute as per their plans, which is not so common anymore.

“In our view we therefore have the right project, at the right time, in the right commodity.”

Of course, as always – and Hudson knows this as well as any geo – it’s all about the rocks and Ireland’s ranking as Europe’s largest zinc producer (10th in the world) underscores its appeal to all the world’s big zinc producers, which are active claim holders. The search for typically large and high-grade (plus-10% combined zinc and lead) Irish-type deposits clearly has its rewards.

Hudson says Hannan is working in one of the world’s most fertile zinc terrains, “where the geological model is well understood and new technologies [such as seismic] provide a greater chance for success”.

The company has aggressive – and smart – exploration plans for the next 6-to-12 months.

As well as 20km of drilling (6,000m on the known mineralised envelope, plus extensions; 14,000m on the hunt for nearby repeats) Hannan will add to the millions of dollars worth of Lundin-collected seismic, and the only hard-rock 3D survey undertaken in Ireland to date, with extensive new seismic survey work to build on the Lundin targeting and some breakthrough knowledge gains by the likes of Boliden in recent times.

“Seismic is a game changer in terms of exploring at depth in Ireland,” Hudson says. 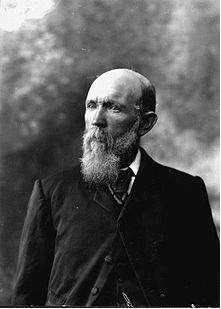 “Boliden, at Navan, over the last 18 months have arguably found the first order controls and key parts of their orebody after 40 years of mining. We plan to conduct 20-30km-long regional seismic lines in Q3 to test the same hypothesis for a first order regional control at Kilbricken. Permitting has already started and we have been using the same sedimentological and structural seismic experts who helped Boliden with their work at Navan.”

So while its stage one drilling is focused on increasing tonnes in Kilbricken’s immediate resource target area, and along strike and down-dip from the known mineralisation, Hannan wants to quickly open up the exploration front within a 5km radius using existing soil sampling, lithogeochemistry, geology and seismic data and test via stage two drilling.

“Stage three will focus on regional exploration in our 32,223 hectare property where we have 40km of untested Waulsortian limestone [the predominant host to zinc mineralisation in Ireland] left to drill,” Hudson says.

“We will also conduct large 20-30km regional seismic traverses to target mineralisation at this scale.

“Ideally by the first quarter next year we will be in a position to increase on our maiden resource with the new discoveries made. We would also be looking to infill drill as well as drill test the stage three potential first order targets from the regional seismic.

“Depending on our success, or otherwise, with the drill bit during 2017, we could be looking at undertaking a first pass economic study [in the first half of 2018].”

It doesn’t take a team with the experience of that at Hannan to understand the fundamental driver of zinc equity value from any new orebodies defined and advanced over the next year or so.

Hudson says three little words will matter more than most.

“Grade, grade and grade!” he says.

“Kilbricken can deliver on that front, shown by some excellent drill results to date.

“Our aim is to target 1Mt of contained zinc.

“In a lower zinc price environment, Galmoy was started in Ireland with an initial resource of 6.2Mt at 12.4% zinc-plus-lead [about 750,000t of contained metal] at shallower levels than Kilbricken.

“So we have the right project expanding and advancing ideally to our tonnage aims, in Ireland, where mining has been undertaken over a long period, at the right time of the zinc market.”

Add to that the people overseeing the venture, which apart from Hudson and Saxon include veteran geologists David Henstridge and Lars Dahlenborg, and substantial financial and governance expertise in the form of Nick DeMare, Georgina Carnegie, Harvey Lim and Michael Iannacone. 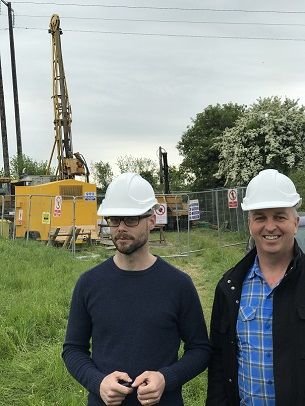 The right people, project, place and point in the metal cycle.

“That’s where we see the sweet spot for Hannan and its investors,” Hudson says.