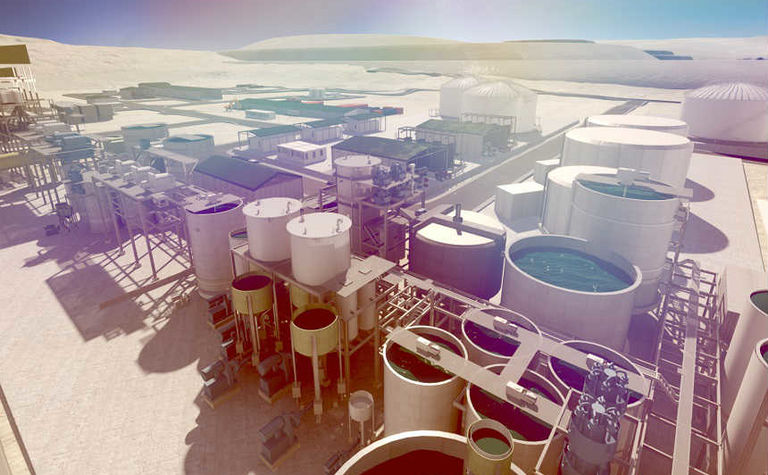 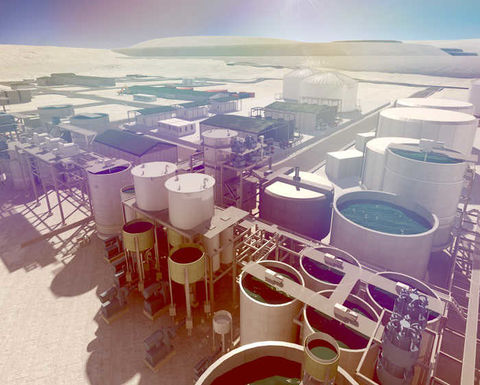 With offtake interest increasing, the mining approval process nearing completion and more than A$10 million in the bank at the end of the September quarter, the company is well-positioned to harness the potential of its multi-century premium fertiliser project.

Danakali managing director and CEO Paul Donaldson (pictured), who had just returned from a site visit with potential engineering and construction contractors before speaking with the Mining Journal, said Danakali was ahead of all other sulphate of potash (SOP) development projects in the world. 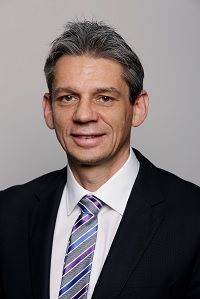 “We are the most advanced, fundable, economically attractive SOP project on the planet, with unrivalled diversification and upside potential,” he said.

“Our project has no peer and everything different about it is good, that’s why we call it positively unique.

“It’s a tier 1 project for all of the right reasons, it has access to global markets, access to coast, low operating costs, low capital intensity, expandability, low incremental growth capital, diversification and growth potential – and the fundamentals for potash are both robust and predictable, it’s a sound population growth story.”

“Our track record is excellent – we have done absolutely everything we said were going to do, from the studies to submitting a mining licence application – and no one else is where we are in terms of developing an SOP project,” Donaldson said.

Colluli contains a 1.1 billion tonne ore reserve, a 200-year minelife that can be progressively developed, a phase one capital payback period of less than four years and the lowest development costs compared with all SOP projects at DFS level around the world.

Unlike brine SOP projects, Colluli’s salts are in solid form and can be mined from an open pit, reducing both infrastructure costs and the time to reach full production capacity.

Further, the shallow evaporite orebody which starts at 16m has a unique composition that means Danakali can produce the top-priced fertiliser SOP, premium-priced sulphate of potash magnesia (SOP-M) and the more common muriate of potash (MOP).

Colluli also has a separate 347Mt high quality rock salt resource, and a recently defined 85Mt kieserite resource, which the Saskatchewan Research Council established can be separated from the rock salt in the tailings process. Kieserite is a commonly used, multi-nutrient fertiliser used in magnesium-deficient soils.

“Colluli has multi-agribusiness potential and some people have trouble getting their head around the big chemistry set that we’ve got,” Donaldson said.

However potential customers don’t. Key industry players have been knocking on the door since Danakali signed several offtake Memoranda of Understanding earlier this year, covering 800,000 tonnes per annum of SOP and 200,000tpa of SOP-M.

The interest is far outweighing the expected initial 425,000tpa SOP production capacity from the first phase of the project.

He added that being able to supply potash samples (pictured right) to product specifications, produced from Colluli salts using the proven design process, had been extremely beneficial in discussions. 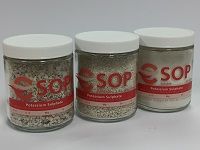 Donaldson said the partnership with ENAMCO was also a project enabler and one of the Bisha project’s backers JP Morgan recently invested A$6.7 million in Danakali through a private placement, lending further weight to the project.

The UK investment bank now holds a cornerstone 9.1% stake in the company.

“They know the jurisdiction, the joint venture arrangements and they’re happy to continue to invest,” Donaldson said.

“Development of this resource is inevitable, to my mind, it’s too good not to.”

He said Eritrea was committed to rebuilding the country and site visits (pictured below) had helped people understand the unencumbered project area, the support of government and surrounding communities, available infrastructure and the vast scale of the project. 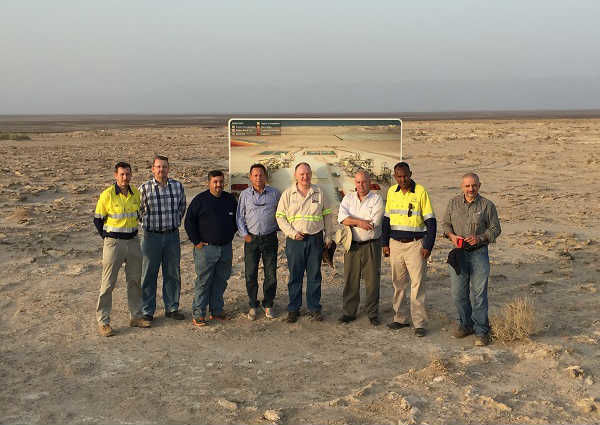 When he stands on the salt flats at Colluli, Donaldson sees beyond the planned mine.

“This mine is the future of possibilities, just because of the diversification that sits within the resource,” he said.

“It could be the start of an industrial precinct that contains future manufacturing options, such as multiple salt types to supply the global de-icing business and chlorine for water treatment, contingent on access to low cost energy.

“The longevity and breadth of optionality of this project brings with it the possibility to offer in-country skills development, and develop local businesses and supply chains, so there’s a big social dividend.

“We have a vision for this project.”

He said there was a strong desire within the country to develop the project and noted Danakali had a good working relationship with the relevant government departments, the Ministry of Energy and Mines, and the Ministry of Land, Water and the Environment.

Danakali recently completed the stakeholder engagements for the post-DFS and social and environmental impact assessment and is hopeful of a decision soon on the mining licence.

Donaldson said the calibre of people working on the project was ensuring the best results from stakeholder consultations to offtake negotiations.

The company appointed Danny Goeman as head of marketing in August and Donaldson welcomed his marketing and sales experience across multiple commodities around the world.

He also acknowledged the work by the Colluli study manager James Durant, who had guided the prefeasibility, DFS and front end engineering and design processes to ensure a better outcome for the project, and the in-country work overseen by the company country manager, Zeray Leake.

The company is now busy behind the scenes working through the mining agreement as part of the licence approval process, continuing structured talks with offtakers, and assessing bids from both power providers and engineering, procurement and construction contractors.

Debt funding negotiations, being led by Endeavour Financial, are progressing in tandem with the development process and Donaldson is confident the market will rerate the project in line with its scale and longevity as more milestones are met.

“Every time we hit another one of our milestones we’re further de-risking the project,” he said.

“There is nothing in advanced-stage SOP projects that matches it – it is outstanding in every way; it has no peer.

“When you consider the scale of the resource and the fact that we’re now going through the funding and mining licence applications and augment that with where other projects are in the development pipeline, it is the most compelling project for potash, not just an SOP project, globally.” 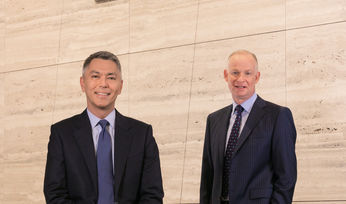 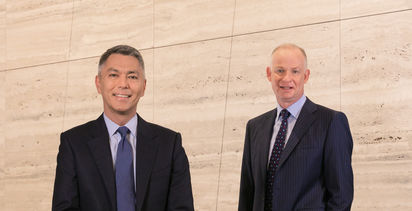