St George Mining has been delivering a series of strong drilling and metallurgical results from its nickel-copper project in the Agnew-Wiluna belt in Western Australia. RESOURCEStocks catches up with executive chairman John Prineas: 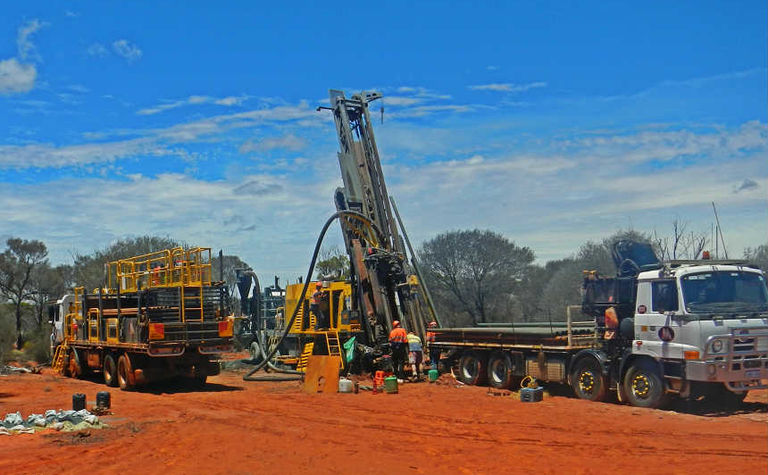 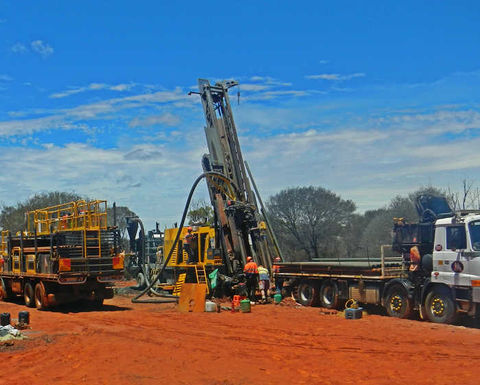 John Prineas: The successful metallurgical test work is another major tick for the economics of a mining operation at Mt Alexander. There are several examples of nickel deposits in Western Australia which have not been mined because of difficulty in processing the ore due to deleterious elements or other metallurgical issues. We have removed any doubt about the viability to process Mt Alexander ore which gives us a big green light to progress the project.

We produced a clean concentrate with grades for nickel and copper that are very high at about 50% above the threshold for saleable grades. It’s a preliminary test, but so far we can see that our nickel grades are better than those at Nova and at Western Areas’ Forrestania operation. Our copper grades are better than Sandfire’s DeGrussa project.

In addition there are high grades for cobalt and PGEs which will result in very valuable smelter credits. The test work confirmed that we will be able to easily produce a high value concentrate that will be sought after by smelters.

RESOURCEStocks: The maiden drilling at the Investigators prospect revealed shallow, high-grade nickel, copper and platinum group elements, how will these results add to the bigger picture of Mt Alexander?

John Prineas: The discovery at Investigators was very important in establishing the large scale potential at Mt Alexander. We have now established recurrent high grade mineralisation in the Cathedrals Belt over a strike length of 3.5km. The Kalgoorlie Super Pit is 3.5km long, to give a loose comparison of the area we are talking about. Our multiple hits of high grade mineralisation over this wide area are indicating strong potential for a new nickel sulphide camp with multiple deposits.

Our mineralisation is shallow, starting from just 25m, so low cost open pit mining is very likely. The bigger picture at Mt Alexander is getting better and better with each successful drilling programme (pictured below). 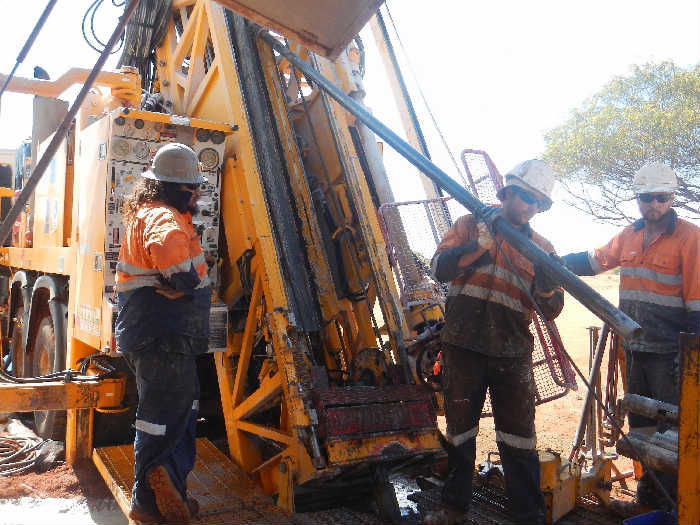 RESOURCEStocks: The market reacted well earlier this year to drilling at Mt Alexander but has been slow to respond to drilling at Investigators (where results included 1.96m at 5.09% nickel, 2.11% copper, 0.16% cobalt and 3.46g/t platinum group elements from 106.79m) – what do you put this down to and what do you think will trigger a better response?

John Prineas: The weak nickel price is a big reason why the market is slow to respond to what have been superb drilling results. If we had the same sentiment in nickel as we do in lithium, our share price would be 3 times higher. Nickel is a very cyclical commodity and will turn for the better, we believe soon. Our share price should then start to reflect the quality of our project. Also, if we continue to have great drilling results over a broader area – and that’s the plan – we will become an even more compelling investment for the market to back.

RESOURCEStocks: It’s been less than a year since St George acquired a 75% stake from BHP Billiton in the Cathedrals, Stricklands and Investigators prospect (held in joint venture with successful nickel miner Western Areas holding a non-contributing 25% interest until a decision to mine). Are you comfortable with the rate the project is progressing and what are the key milestones you hope to achieve in the coming year?

John Prineas: We acquired the core tenement at Mt Alexander in late January 2016. By March 2016, we were on the ground completing a major electromagnetic survey. In April 2016, we started our first drill campaign at Mt Alexander and followed up with a second phase of drilling in July/August 2016. The project is progressing rapidly, certainly quicker than it would with a major mining company.

Senior mining analysts have identified Mt Alexander as one of maybe two or three discoveries this year that could quickly progress to a mining operation. We will keep progressing on this path with more drilling, more target generation and commencement of work on resource definition.

RESOURCEStocks: You’ve extended your tenement foothold in the region to about 200sqkm, including a new licence (E29/954) covering an area that has never been previously explored along strike from the Cathedrals prospect, what gives you confidence in the region’s prospectivity?

John Prineas: The project is very under-explored with some areas totally unexplored. That’s a dream exploration project given the extensive massive nickel-copper sulphides already encountered. There is a large nickel-copper system here and we have only scratched the surface so far.

We are achieving freakish results at the moment such as every conductor drilled in the Cathedrals Belt being confirmed as nickel-copper sulphide mineralisation. That kind of hit rate is unprecedented and gives us tremendous confidence in the potential of the project.

RESOURCEStocks: What exploration do you have planned for your existing and newly-acquired tenements and how will this be funded?

John Prineas: In the Cathedrals Belt, we will complete a deep search electromagnetic survey to investigate for further mineralisation beyond the depths we have tested. We will also complete infill and extensional drilling at the discoveries made in this belt so far. On the regional level, we are completing an airborne magnetic survey which we expect to identify more ultramafic rocks that could be prospective for further nickel-copper sulphides.

We raised A$6.5 million in August 2016 with strong support from Bell Potter, Argonaut and RM Capital. We are well funded to take the project to the next level and achieve another higher re-rating for St George.

RESOURCEStocks: Base metal prices strengthened again in October and the nickel price itself has risen 17% in 2016, where do you see development of Mt Alexander fitting into the cycle?

John Prineas: It’s always a good time to be developing a project when the nickel price has bottomed and the signs for a sustainable upturn are appearing. That’s what is happening now. It means that we will be ready to produce some high quality nickel when the market demand is stronger and we can secure an attractive price. We think the cycle will play out very favourably for us.

RESOURCEStocks: What exploration is underway at the 100%-owned East Laverton project, where nickel sulphides were discovered under your previous farm-in with BHP in 2012?

John Prineas: The exploration completed by BHP and St George has identified extensive ultramafic belts at East Laverton with multiple occurrences of nickel sulphides. There are a number of priority targets for follow-up and we are confident that we will discover more mineralisation.

Our highest priority target is at the Windsor prospect where we have a very strong conductor at 200,000 Siemens and surrounding disseminated nickel sulphide mineralisation. Almost certainly, this conductor is massive nickel sulphides and we are planning a drill programme to test the target and to test for extensions of mineralisation along that ultramafic channel.

RESOURCEStocks: The gold price has enjoyed an upward trajectory this year and St George has also drilled into gold targets at East Laverton project. Assays are still pending from drilling at the Ascalon and Bristol prospects, when do you expect these and how significant is the gold portfolio to St George?

John Prineas: The East Laverton project has all the right structural features for a major gold deposit. There are fundamental faults with thick greenstone belts, and shallow drilling has already identified anomalous gold over a wide area. Assays for both Bristol and Ascalon are pending and expected shortly. We think these will show that we have a large hydrothermal system with a textbook environment for gold mineralisation.

The gold assets are still early stage but they are very important to our project portfolio and we expect them to create significant shareholder value as we progress exploration. It’s an under-explored area for gold and the outstanding success at the nearby Gruyere deposit (+6MozAu) and at Tropicana (+8MozAu) are a pointer to what is still possible in this region.

St George continues to be encouraged by Mt Alexander