AFTER several years tinkering on the fringes of the resources space a recapitalised Moab Metals has gone all-in on a mix of uranium and gold projects in the USA and Western Australia. 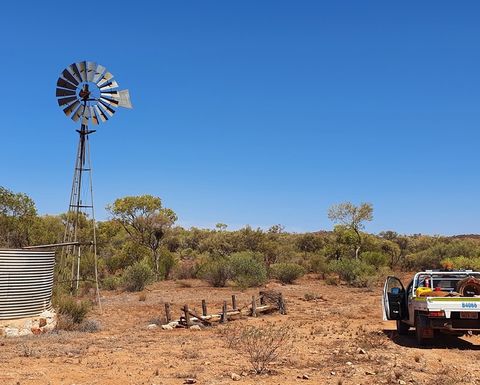 The former Delecta has shed its old name, a legacy of its 20-year period as an adult products retailer, and with a successful A$4 million recapitalisation at 2c per post-consolidation share under its belt, Moab re-joined the ASX today with funding for its new mission.
Still in place is Malcolm Day as managing director, and the largest shareholder at almost 10%, assisted by non-executive chair and Pitcher Partners boss Bryan Hughes, and veteran resource director David Wheeler as a non-executive.
The projects have been pulled together over the past four years, with its flagship being the Rex uranium-vanadium play in Colorado's historical Uravan mineral belt.
Drilling permits are expected to be lodged next month for the 20sq.km project, which contains a number of historical uranium mines that have seen no exploration since the 1970s until Moab's recent sampling that returned peak readings of 0.53% uranium and 3.32% vanadium.
Moab owns 60% of Rex with partner American Vanadium at 40%.
Rex is within trucking distance of the White Mesa mill which is operating at just 10% of nameplate due to a lack of feed.
The company also holds the Speedway gold project in western Utah and the Highline copper-cobalt project in southern Nevada.
It has acquired two projects in WA.
The Woodlands gold and base metals project covers 193sq.km of the Gascoyne, and is considered prospective for lead-zinc deposits, given it sits in the same Illawarra Sub-basin as the Abra development to the east.
There are soil anomalies and an historic GeoPeko prospect that was not fully tested.
Many previous holes appear to have failed to reach target depths.
The 155sq.km Mt Amy application sits within the Ashburton Basin, along the north-western extent of the Nanjilgandy Fault that hosts the multi-million ounce Paulsens and Mt Olympus gold deposits.
It is host to a conceptual gold target, supported by a 1.8km by 450m soil anomaly.
Moab was originally incorporated in the 1980s as Kestrel Mining but became Adultshop.com in the late 1990s dot-com boom.
It started its shift back to resources several years back, buying the Highline project in 2018, adding Rex in 2021, and agreeing to secure the early stage WA projects earlier this year.
Moab starts its new life with around $8.4 million cash, and 11 million shares in European Lithium worth around $1 million.
The adult business was sold to Day for $1.5 million cash.
Moab shares traded between 1.6-2c during the session, closing at 1.7c. 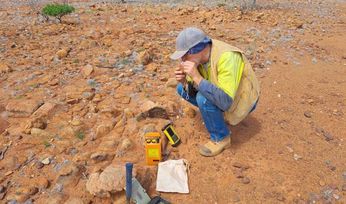 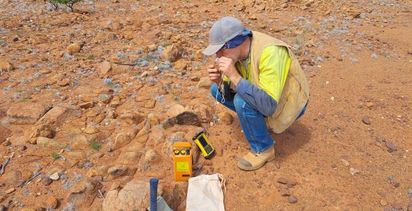